He’s certainly part of “the elite,” and he argues that elites have been pushed out in this era of populist anti-intellectualism -- the type of populism that put President Trump in the White House.

His new book is “In Defense of Elitism: Why I’m Better Than You and You Are Better Than Someone Who Didn’t Buy This Book.”

For Stein, there are two categories of elites: “The intellectual elite who believes in expertise and not operating from the gut -- versus the boat elite because there's nothing worse than people that own boats... They want a yacht, and we want to give a TED talk.”

He says members of the elite are people in media, academia, government, and non-governmental organizations -- and they’re not focused on money.

“They’re people who don't just walk around saying, ‘I know more than the generals.’ And we've lost respect for that. And we think we can argue with our doctor because we read one WebMD article,” he says.

Stein says there’s currently a revolt against elites in nearly every country -- a rise in populism. He attributes that to big changes that have happened over the past 10-15 years.

“There's been the change of the knowledge economy. There's been diversity. There's been a rise in the power of women. There has been a technological change. There’s been all these radical changes. And people just want to yell ‘stop!’ And that's true in England. That's true in most of Europe. People are freaked out,” he observes. “They want things to go back to the way they were, which is a really dangerous thing to do to your economy -- just like shut down all the walls, and don't let any immigrants [in], and don't do any trade. That's not the key to success.”

However, he does acknowledge that elites have made some poor decisions historically (think: Marie Antoinette), and that’s why people are afraid to call themselves elite.

“We made lots of mistakes, right? Like people point to the mortgage crisis. People point to Iraq. But yes, we made mistakes. But you have to look at the counterfactual, like elites also saved our butts from the recession turning into a depression,” he points out. 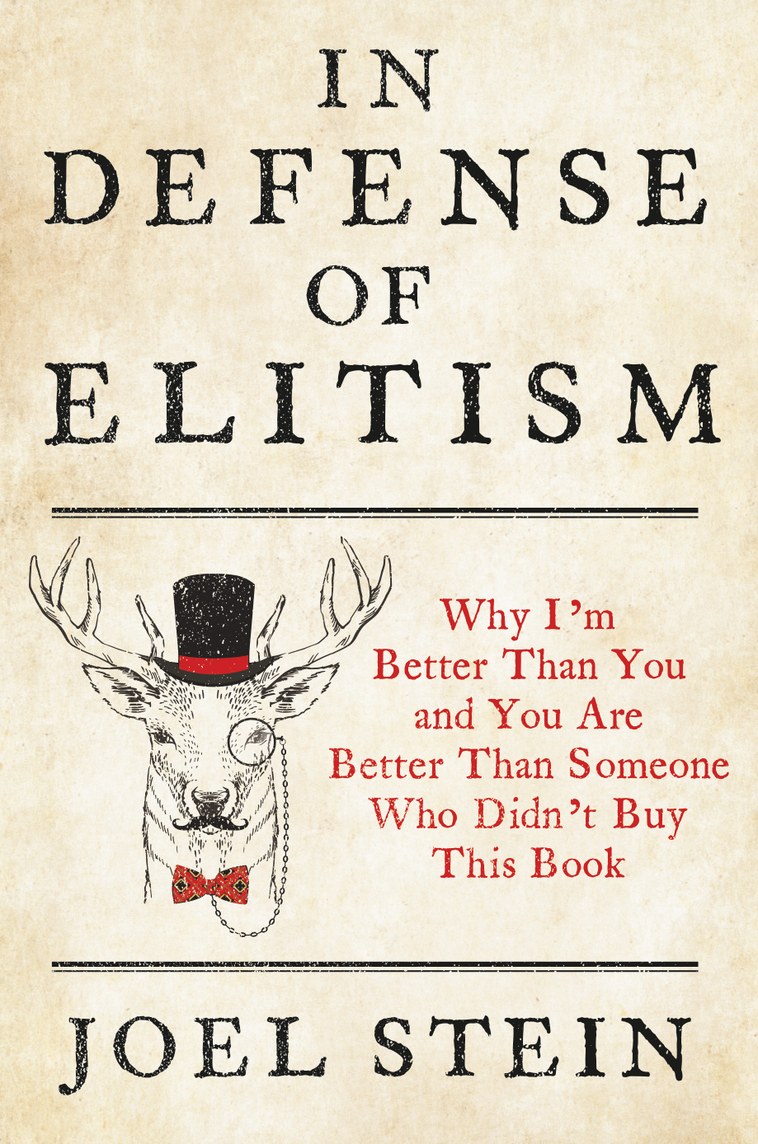 The cover of “In Defense of Elitism.” Photo credit: Hachette Book Group

There are huge socioeconomic gaps in America and elsewhere around the world, so what will it take to close that?

He points to systemic changes, such as rewriting the tax system. “All the intellectual elites I know who are really rich are for raising their taxes,” he says. “And we have to be less smug.”

Progressivism and the next U.S. election

Stein says he fears this isn’t the time for progressivism, and he sees the whole world heading toward the far right. So what does that mean for the 2020 presidential election… who will win?

“I probably don't think Bernie Sanders or Elizabeth Warren,” he says. “It could be [Joe] Biden. I like Cory Booker a lot… and he's the most amazing person I've ever met. But no… any of those other people besides the progressives I think have a chance.” Impeachment goes public, but the US House is divided

This morning, a bitterly divided U.S. House of Representatives approved a resolution guiding the rules of the impeachment inquiry into President Trump.

The link between California’s housing crisis and catastrophic wildfires

The Santa Ana winds are dying down, but fires throughout the state continue to rage. Many Californians are still without electricity as utilities preemptively shut off power.