Wisconsin’s Scott Walker is a political anomaly, a Republican governor in a blue state. He’s fought unions and survived a recall vote, but today’s he’s in a dead heat with his Democratic challenger. If he loses, top Republicans say the loss would be so big, it would overshadow a GOP Senate takeover. We look at what Wisconsin’s gubernatorial race means for national politics. 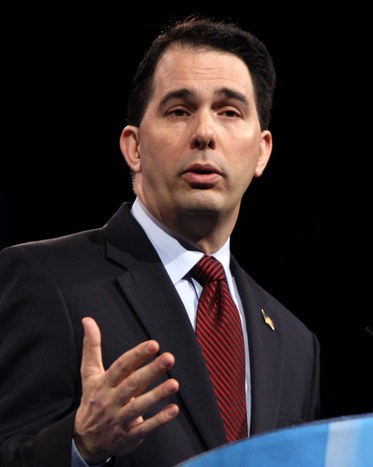 It’s election day, and voters all over the country will cast ballots in high-stakes gubernatorial and congressional races. But here in California, the most fiercely fought...

The Power of Attack Ads in Judicial Races

In nearly every country in the world, judges are appointed rather than elected. But in 39 states, including California, judges have to win elections to get on the bench....

In March, a Honduran woman, her 14-year-old daughter and another teenage girl crossed the border in Texas. When they turned themselves into border patrol agent Esteban...

Tales from the Campaign Trail

Wisconsin’s Scott Walker is a political anomaly, a Republican governor in a blue state. He’s fought unions and survived a recall vote, but today’s he’s in a dead heat with...

END_OF_DOCUMENT_TOKEN_TO_BE_REPLACED
KCRW's Drive to the Future: Where your support goes beyond public radio. Today, a portion of your donation goes to Inner City Law Center who provides free, high-quality legal representation to LA's precariously housed and those experiencing homelessness.
Give Now
Give Now