A local vineyard where Angeleno Wine Company gets their grapes. Photo by Linda Boniti.

Before Sonoma, Napa, and Santa Barbara Counties became the top destinations for California wine, there was Los Angeles County.

LA had the land space, fertile soil and climate to make it the state’s main wine producer in the 19th Century. Then came Prohibition, crop disease, and a population boom, which wiped LA off the winemakers map.

But Angeleno Wine Company, a downtown LA winery that opened in July, is trying to revive the city’s wine-making roots. It's owned by Jasper Dickson and Amy Luftig Viste. 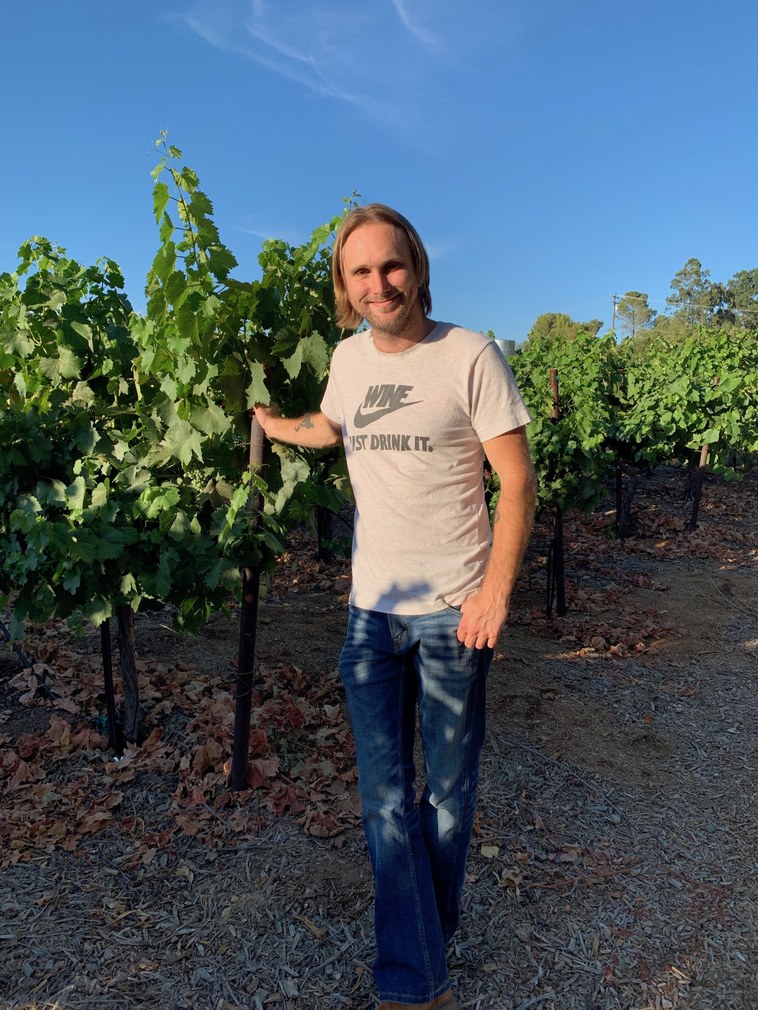 “We pick the fruit ourselves. We process the fruit. We barrel age, and even bottle it all by hand, so it’s really as local as it gets,” Luftig Viste told Press Play.

The duo also sources their grapes from within LA county. Most of the wine grapes come from Alonso Family Vineyard in Agua Dulce, which grows many grape varietals typically used in Spanish wines. 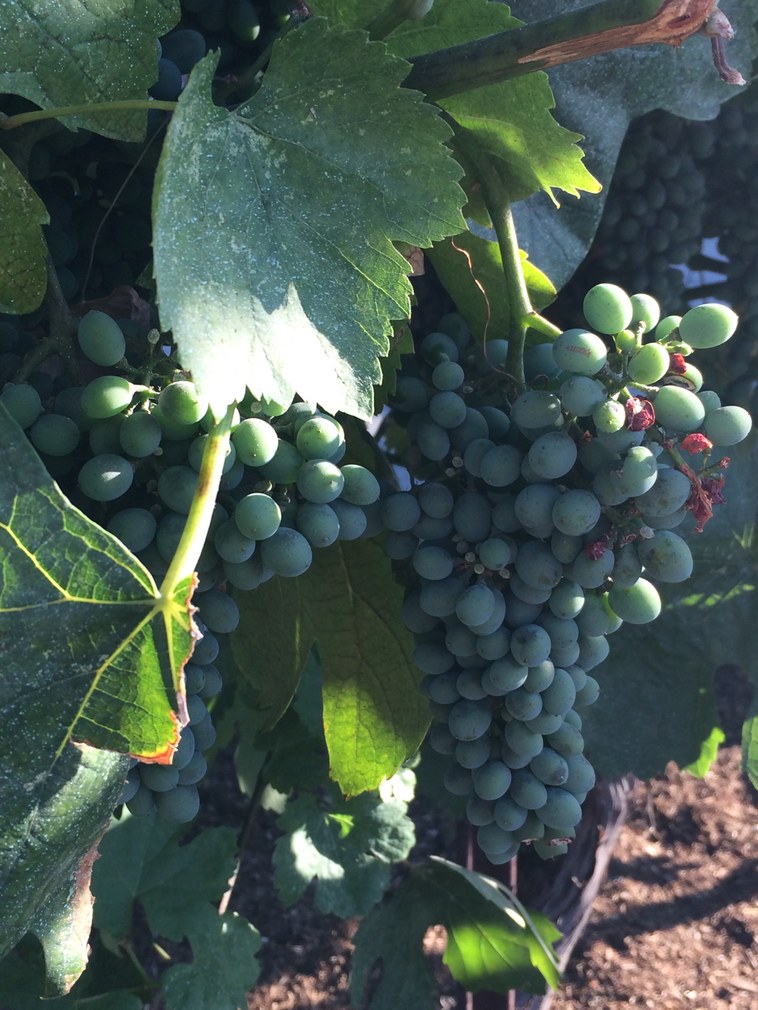 Dickson said his winemaking background was unconventional. “I learned about winemaking by experimenting around in my garage a lot. We started off making the wines at a friend’s winery up north, and that was a really good foundation to learn from him how to do many different things.”

But he said when it came to opening his own winery, LA was the only place  he and Luftig Viste wanted to do it.

“This is our home, and this is where we love, and we wanted to make wine and make it here in Los Angeles,” Dickson said. "There was no other real kind of infrastructure or anything else going on, and so we said, ‘Well, if we’re going to do this here, we’re just going to have to make our own winery.”

Angeleno Wine Company’s tasting room is located just north of Chinatown. Dickson said it took him and Luftig Viste three years to find a spot because LA has many rules governing where wineries can operate. He said that’s partially why Angeleno Wine is the first public winery to open in the city since San Antonio Winery, which opened in 1917.

“There’s kind of all these old zoning laws in LA that are really Prohibition era and really restrictive against wineries. They can only be in this highest-level industrial zone,” Dickson said.

“It also ended being kind of perfect,” Luftig Viste added. “After we signed the lease, we started really digging into the history of the area… Los Angeles used to be a city of vines and winemakers. There used to be over 200 winemakers making about 2 million bottles of wine a year, and many of them were centered around where our winery is now.” 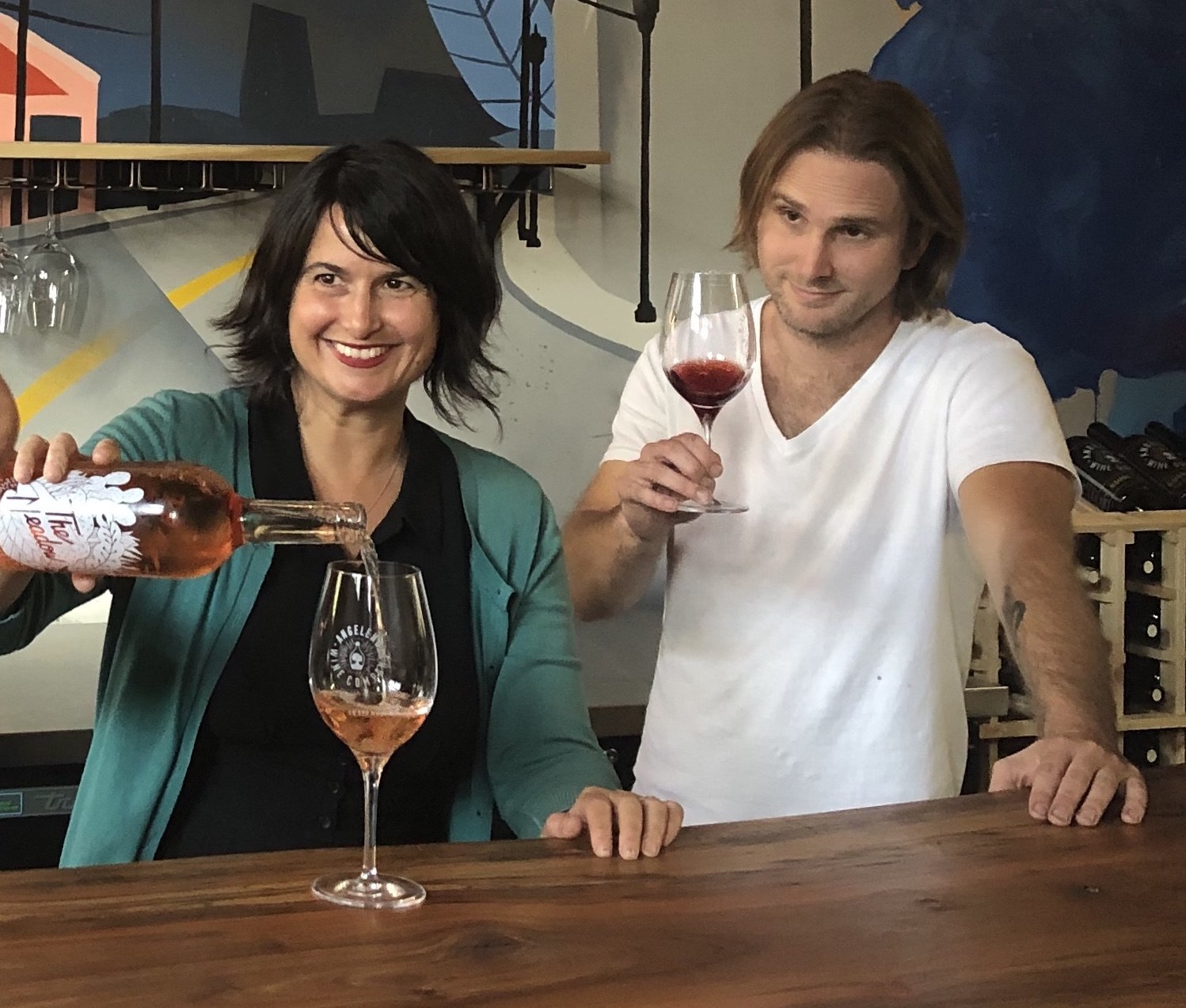 Luftig Viste said she hopes Angeleno Wine’s opening will encourage more people to get into winemaking in LA.

“We would really love to see a community of winemakers in LA,” Luftig Viste said. “I think winemaking is very unusual in that winemakers tend to be very community driven. They tend to be very helpful instead of competitive. We’d love to have more friends and family in the industry.”

--Written and produced by Michell Eloy

Can LA be the next Napa Valley?

Why LA dropped a $1.7 billion plan to redesign the county jail

Overcrowding and insufficient staffing plagues the L.A. County Jail, which is one of the most notorious in the nation for squalid conditions.

Stocks tumbled today. Are we heading toward a recession?

The stock market has spent the last 10 years going up and up. But today was the worst day of the year on Wall Street. The S&P was down nearly 3% and the Dow was down more...

What it's like being a professional matchmaker for Silicon Valley millionaires

The Mississippi Delta is home to fertile soil that's excellent for growing crops. It was made that way by enslaved African Americans, who owned some of that land after...

Before Sonoma, Napa, and Santa Barbara Counties became the top destinations for California wine, there was Los Angeles County. LA had the land space, fertile soil and...