KCRW’s Evan Kleiman breaks down how to make guacamole and where to find fan-favorites. Photo courtesy of Bar Ama

When planning this week’s show, I knew I had to focus on guacamole. And if we were going to cover the famed avocado dish, I was about curious people’s favorites. Why? Because I had a feeling guacamole would be personal for people.

I took to Instagram and asked “What restaurant makes your favorite guacamole.” I imagined people choosing a place to eat just for the guacamole but in fact I had it turned around. People mostly love the guacamole at their favorite Mexican restaurants — places they have been going to for ages. And of course, there is great affection for table side preparations. It’s a way of dining long gone for now.

Guacamole is a comfort food attached to the first half hour of sitting down, while ordering a drink and starting to relax. I then posted a poll, asking what kind of guacamole folks prefer:chunky or smooth? I have never had so many respondents to a poll. Nearly 300 people responded. Only nine said they preferred smooth guacamole. Thus, the people had spoken.  They also talked about the chips: the fresh, slices of crispy tortilla triangles that are integral to the guacamole experience.

But first, the avocados

The most important ingredient is the avocado itself. Too ripe and that lingering rancidity of the fat in the avocado will ruin your guacamole. Too hard and it’s simultaneously watery and rocky, not smooth. Many varieties of avocados exist, but the most common California varieties here in Los Angeles is the Hass, with its dark pebbly skin and the pear shaped smooth Fuerte.

But if you can find an avocado farmer like Laura Ramirez of JJ’s Lone Daughter Ranch, your world of the fat fleshed beauties opens up to many more varieties. That includes the epic Sir Prize, which can weigh in at over two pounds and whose flesh doesn’t oxidize. It’s the avocado you want on a desert island. 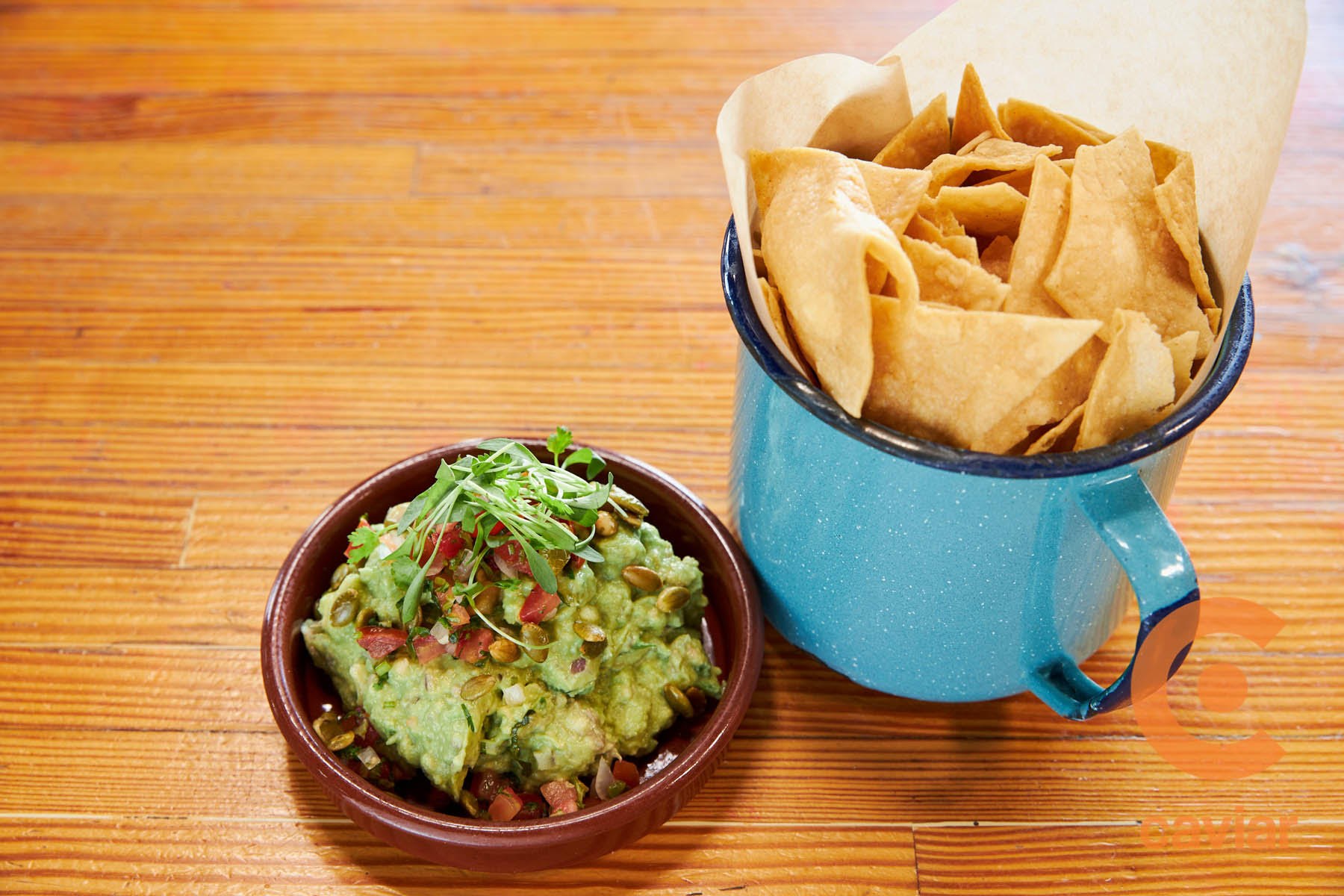 “The most important ingredient is the avocado itself. Too ripe and that lingering rancidity of the fat in the avocado will ruin your guacamole. Too hard and it’s simultaneously watery and rocky, not smooth,” says KCRW’s Evan Kleiman. Photo courtesy of Petty Cash

What is guacamole? In its simplest form, the green mash is a coarse puree of perfectly ripe avocado flesh with just enough salt to reveal its flavor and just enough lime juice to add acid to the bland creamy flesh and stave off immediate oxidation. That’s my favorite guacamole. It’s simple and avocado is the star. I think of my way as a base into which people start to personalize by adding any combination of minced tomatoes, onion, chiles, and cilantro. The tomatoes can be any color or variety.  Sometimes the seeds are removed, but more often not. The onion can be white, red or yellow and sometimes even green, as in green onions. The chiles are most often jalapeños or serranos but sometimes habaneros. As with tomatoes they are added with or without seeds. Some people just add enough additional ingredients to make the simple a bit more interesting, others almost turn it into a salad.

As I poked around the internet to see if I was missing something, I came upon a recipe that stands alone in the uniqueness of it’s technique. It’s Roberto Santibañez’ Classic Guacamole. He starts by mashing together onion, serranos, salt and cilantro. He does it in a molcajete but you can also “mince and mash the ingredients together on a cutting board with a large knife or a fork”. This supercharges the aromatic and heat filled condiments which then bathe the avocado before adding any other ingredients.

I asked about fan-favorite guacamoles from restaurants around LA. Here’s what you shared.

Salazar
Frogtown (between Silverlake and Glendale)