Why is a plate of pasta generally so much better in Italy? There are a lot of reasons, but let’s start with the most basic. They made the rules for how to cook and serve the pasta, and chefs overwhelmingly adhere to these rules. They are what might be called the pasta canon. Yes, there are other ways of making pasta, but I’m of the belief that you can break rules only when you know them deeply and the end result of following them.

The pieces of pasta, whether long or short, need room to tumble around in the turbulent water so it doesn’t stick to itself. As excess starch comes off the noodles, the larger amount of water ensures that the pasta doesn’t get sticky with it as it cooks.

However, do not add oil to the water. Doing so will make the pasta extra slippery and the sauce won’t adhere, leading to the dreaded sauce slide. Dry pasta is engineered to retain a sheath of starch as it is lifted out of the water. That tiny bit of starch will help the sauce adhere, giving you a complete bite on your fork.

Draining your pasta: The starchy pasta water is magical, do not throw it away. 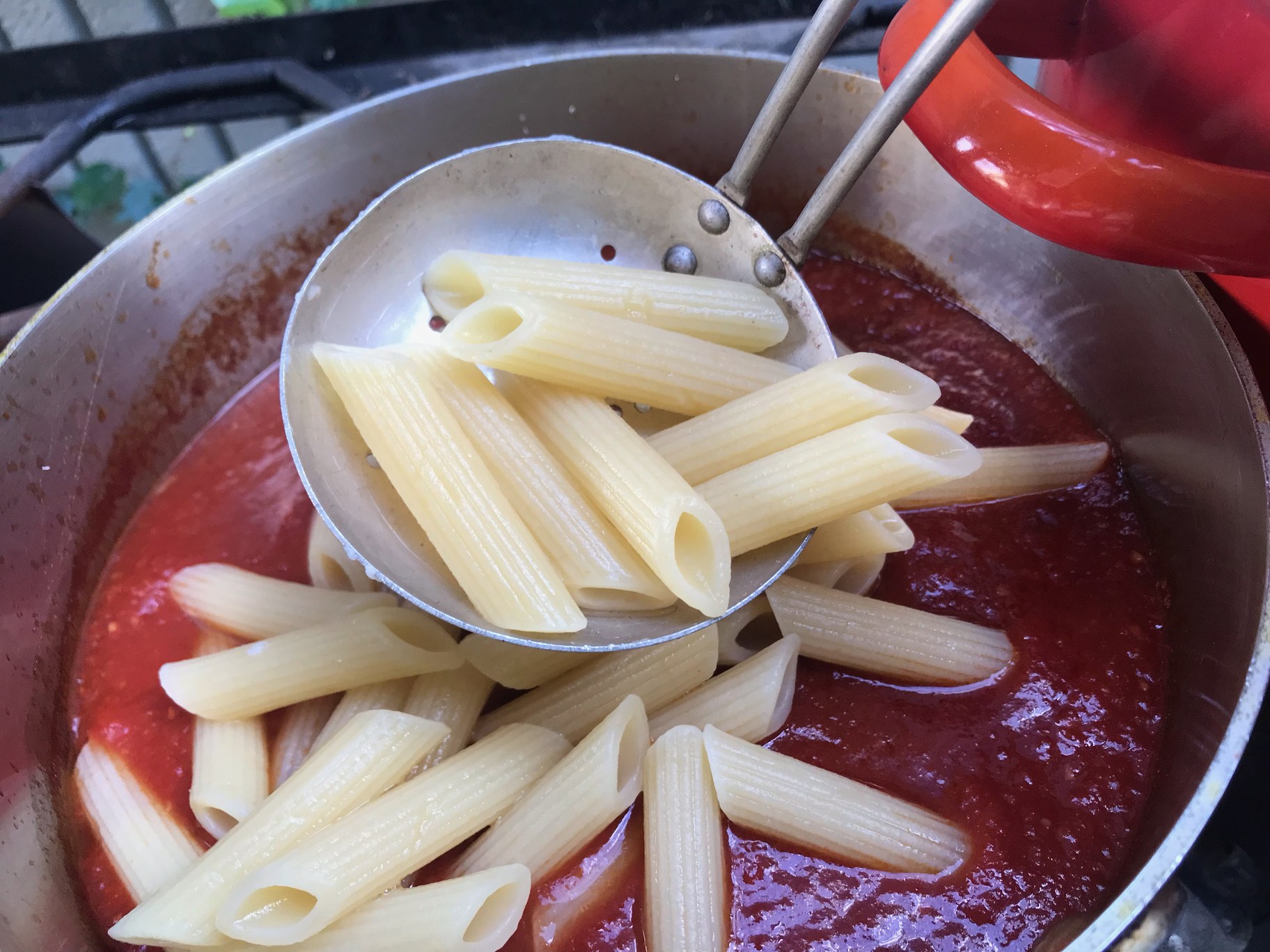 You can use a slotted spoon to remove your cooked pasta from the pot of salted boiling water. Photo by Evan Kleiman.

I stopped using a colander to drain cooked pasta years ago, ever since I realized that pasta-cooking water is a resource that shouldn’t be trashed. If you want, you can still use a colander, but only after you ladle out a cup or two of the starch filled water before you drain it. Personally I prefer to use tongs to fish out long pasta and a spider or slotted spoon for short pasta. I find that this way, the perfect amount of starch adheres to the outside of the pasta. Do not rinse the pasta after draining, or that magic bit of sauce will be washed away.

Pasta and sauce should meld together to be one delicious mouthful. 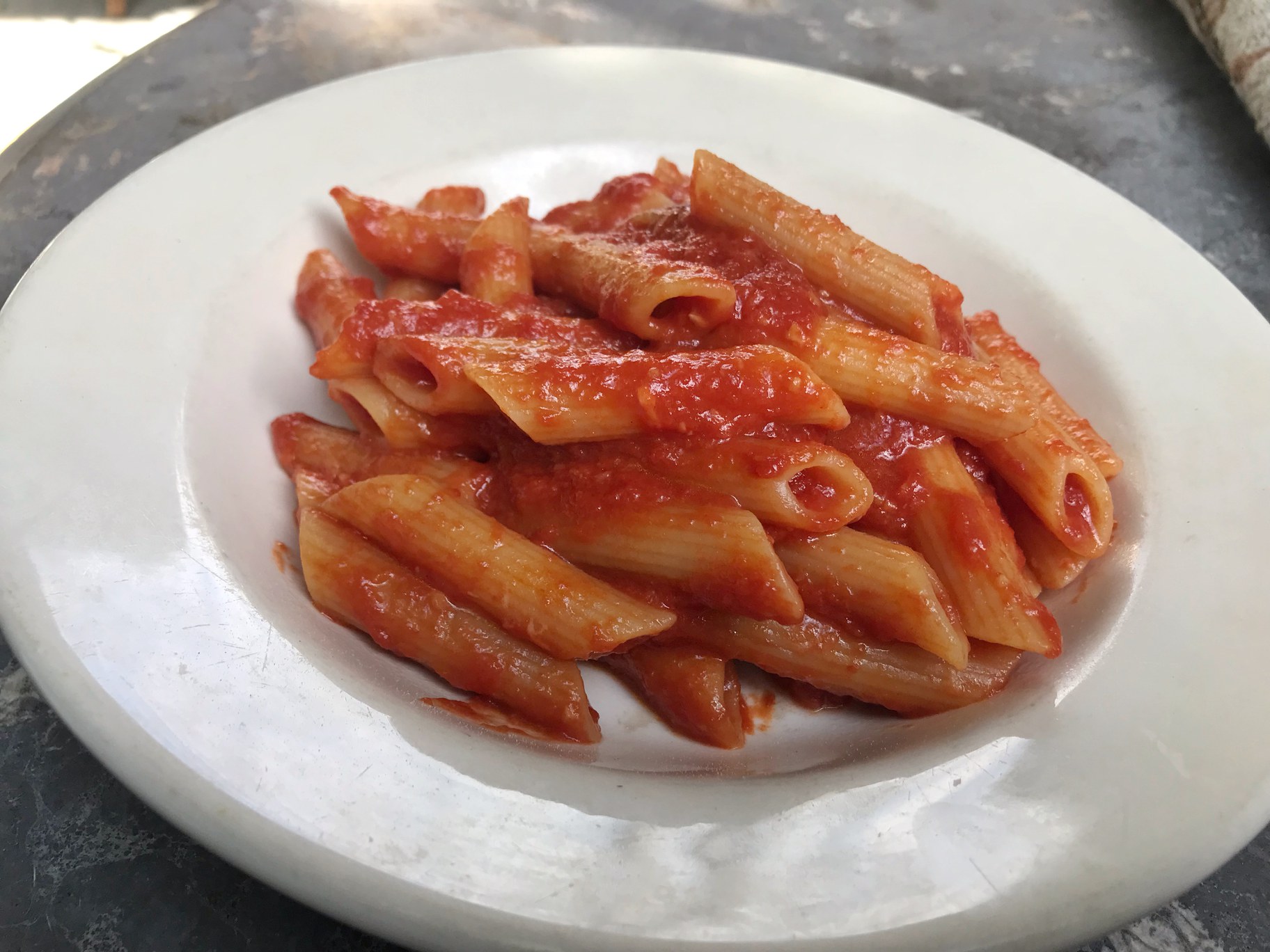 Pasta and sauce must marry together, so they are a complete flavor bomb in the mouth. Photo by Evan Kleiman.

Naked noodles and a pool of sauce in the bowl is a sad thing to behold. The two separate ingredients must marry together, so that once on the fork, they are a complete flavor bomb in the mouth. In order to achieve this, take your drained and un-rinsed pasta and give it time in a saute pan with the sauce, so that the sauce absorbs a bit into the pasta. If you are extra, you may add a bit of Parmigiano Reggiano or aged Pecorino to the pasta. A restaurant trick that few talk about is to also add a teaspoon or so of butter. Toss and serve.