Andrew Bird’s 20-plus year musical career shows no sign of slowing down, as he readies the release of his new album, My Finest Work Yet (his 14th or 15th, as he put it). The multi-instrumentalist – well known for his virtuosic violin playing and expert whistling – has performed with the LA Phil, collaborated on films, and even recorded music literally in the LA River. But his new album finds him heading in a new lyrical direction: grappling with our divisive socio-political climate. 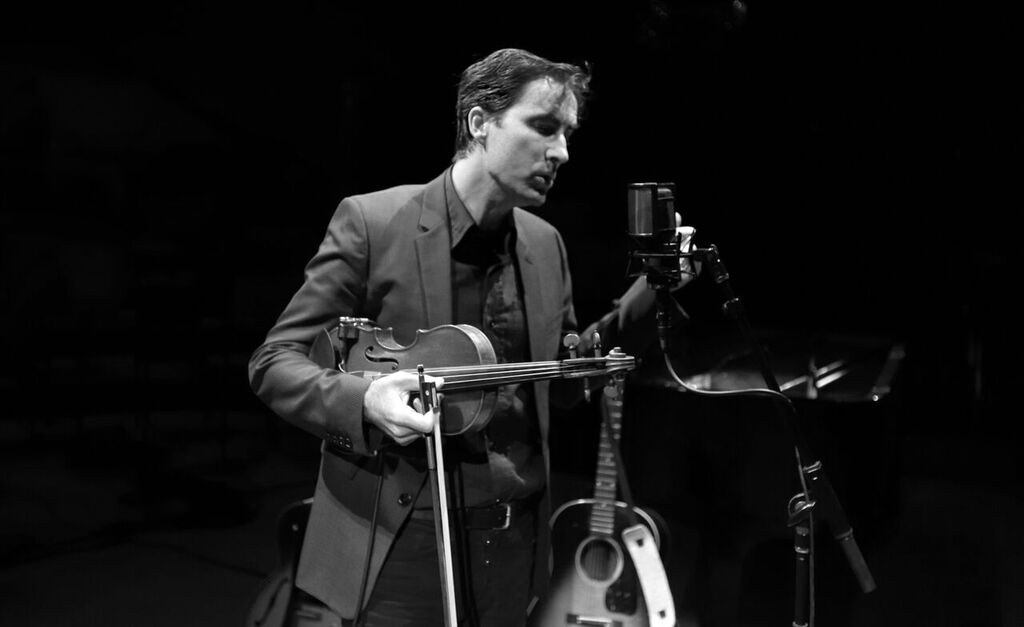 Bird joined KCRW’s Press Play and spoke with Madeleine Brand about the new album and his standout first single, “Bloodless.” He said this of the track:

“It was written between the 2016 election and Charlottesville, between those two moments. And, I was trying to figure out a way to step back and look at everything that’s going on, and look at how we're caught in this sort of death spiral.”

“Bloodless” is catchy and moves effortlessly - musically speaking - but listen to the lyrical themes, and you’ll understand his response to today’s political turmoil. That’s done quite tactfully, as Bird subscribes to the idea that political themes should reveal themselves after you’ve captured the listener’s attention.

The wide-ranging interview also touched on his unique recording setup for the album. Typically, musicians record their instrument one-by-one for each song. But Bird records with most of the musicians playing live together in the studio. It’s a unique project that most producers wouldn’t normally tackle, due to its technical nature and opportunity for sound bleed and other issues that could arrive native to live performance. Related, his penchant for unique recording literally found him playing violin in a Utah canyon with amazing acoustics - C# is the note of choice there - as well as under the Hyperion Bridge in the LA River, where he says the key of G works best.

My Finest Work Yet is certainly Bird’s most political output to date but his hope is that it will elicit discussion and not turn people off. "Do we really want our pop singers to be weighing in on this stuff," Bird said. He feels he found the right tone and with a couple singles out already, it appears like he did. My Finest Work Yet is out March 22.

Jurors in the El Chapo trial have heard 11 weeks of shocking and harrowing testimony, from details of the kingpin’s capture to the spyware he used to keep tabs on his lovers...

Tijuana has become one of the deadliest cities in the world. Last year, there were more than 2500 homicides, compared to 34 in San Diego just across the border and about the...

The 9th Circuit court last week unanimously blocked a new San Francisco law that would have required sugary beverages to have labels warning consumers about their health...

Andrew Bird’s 20-plus year musical career shows no sign of slowing down, as he readies the release of his new album, My Finest Work Yet (his 14th or 15th, as he put it).