A monkey recently took a selfie that would make the Kardashians envious. Showcasing the primate’s bright orange eyes and wide smile, the image went viral. Now, it’s being used by Wikipedia -- without permission. The website argues that since the monkey took the shot, the photographer whose camera the monkey used is not owed anything. We talk to the photographer, who is fighting back with a lawsuit. 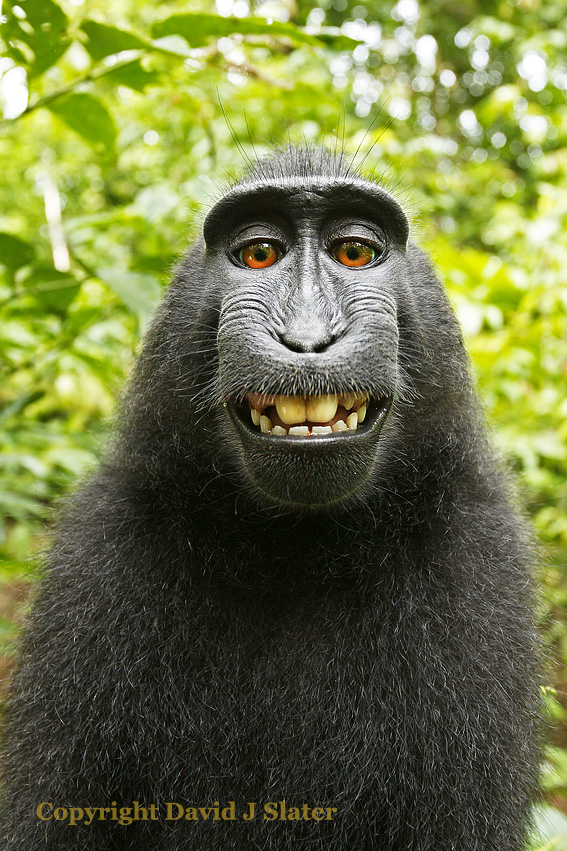 This crested macaque took its own photo using a cable release in Indonesia. The owner of the camera, wildlife photographer David Slater, insists his copyrights should be respected.

In Ferguson, Missouri, demonstrations and clashes continue after the police shooting of Michael Brown, an unarmed young black man. While details of the shooting continue to...

If They Gunned Me Down

One of the first images we saw of Michael Brown, the unarmed teen shot in Ferguson, shows him as an intimidating figure. Shot from below, it shows Brown making a symbol with...

A monkey recently took a selfie that would make the Kardashians envious. Showcasing the primate’s bright orange eyes and wide smile, the image went viral. Now, it’s being...

People suffering from schizophrenia sometimes hear voices. We often assume those voices are malevolent, saying frightening things or even telling people to do bad things....