NPR’s Anders Kelto recently returned from a two week reporting trip to Sierra Leone, one of three countries hardest hit by the Ebola epidemic. While we here at home are worried about a possible Ebola outbreak even though only one person has died here, Kelto experienced first hand what it’s like for West Africans dealing with the reality of the disease in their daily lives… a reality that has claimed the lives of close to 4-thousand people. 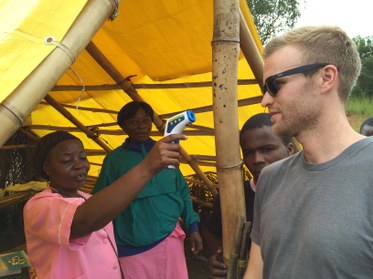