Fifty years ago, the Beach Boys released Pet Sounds, a collection of groundbreaking songs that redefined pop music for an entire generation. In the decades since, critics and fans have analyzed every single aspect of the album’s thirteen songs. But the album’s genius was hardly represented by its cover. It’s just a hokey, semi-staged-looking snapshot of the band standing in a petting zoo, feeding goats. How is it that one of the greatest pop albums of all time also has one of the dumbest covers? Journalist Peter Gilstrap spoke with members of the Beach Boys about their remembrances of the photo shoot. 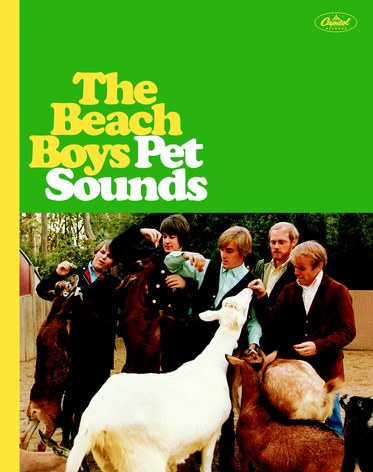 The 2nd Amendment and Gun Violence

The shootings in Orlando have, once again, put the Second Amendment front and center of the public debate. Madeleine talks with constitutional scholar Erwin Chemerinsky...

The Shootings You Don’t Hear About

There have been at least 180 shootings since the Orlando massacre on Sunday . Five of those shootings were considered mass shootings, when at least four people were...

The killer in Orlando posted on Facebook during his attack. Two days later , a jihadist killer in Paris live-streamed his lethal attack on a police commander and his...

Mary Roach on 'Grunt: The Curious Science of Humans at War'

In a book about military science, you may be surprised to find passages like, “I’m interested in diarrhea as a threat to national security.” Or “On top of its other charms,...

Fifty years ago, the Beach Boys released Pet Sounds, a collection of groundbreaking songs that redefined pop music for an entire generation. In the decades since, critics...