In the early 20th century, the Los Angeles Public Library collected autographs and doodles from the most notable people of the time, including Mark Twain, Langston Hughes and Helen Keller.

Last year, the library reopened the collection to all Angelenos, inviting them to submit their own memories and notes for the archive.

The Autograph Collection now includes more than 1700 pieces, and many of them are organized in a new book called “The Autograph Book of L.A.: Improvements on the Page of the City.” 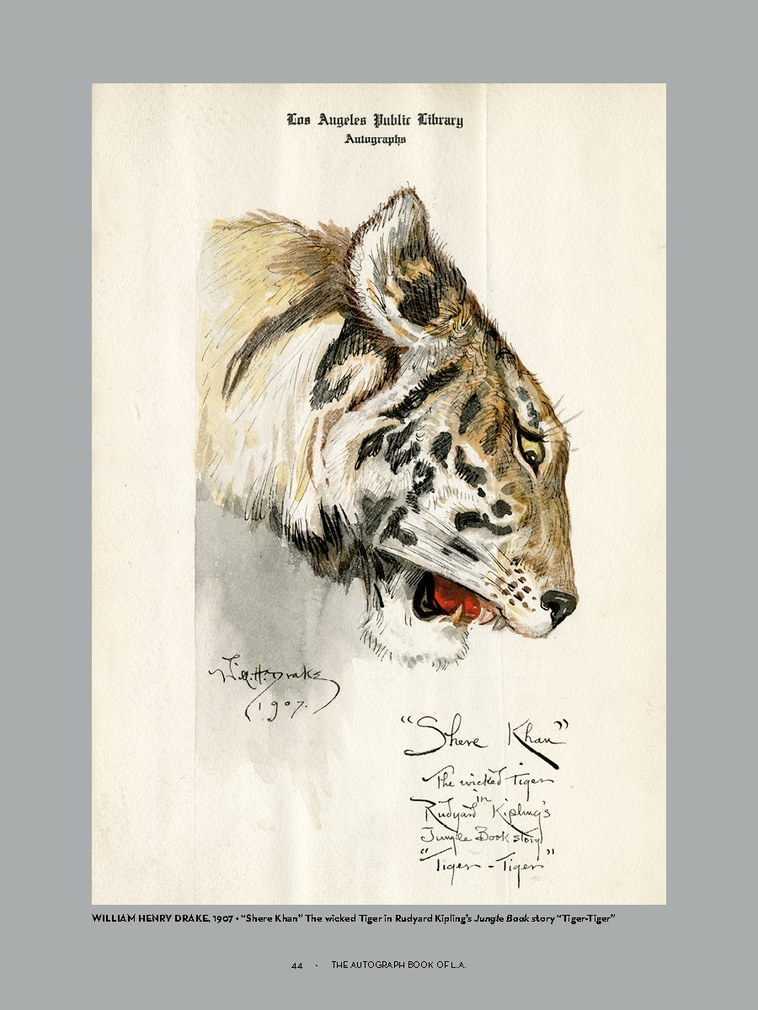 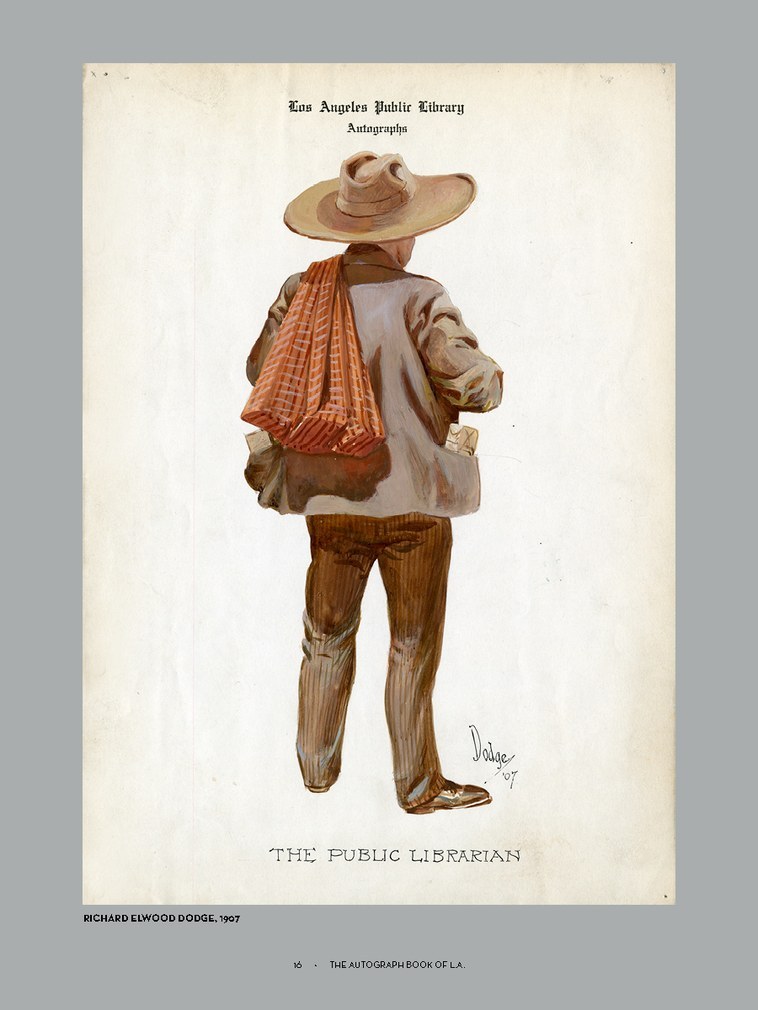 An autograph and illustration of a public librarian, sent in 1907 by the geographer
and educator Richard Elwood Dodge. Image courtesy Angel City Press.