There’s been a surge of violent crime over the past year in Los Angeles. South L.A. has seen the greatest increase. South L.A. is also a place where community members often do not trust the cops. That's where Skipp Townsend come in. He works with the LAPD to stop gang-related violence before it happens. Townsend is a former gang member. That gives him credibility with people who don't trust law enforcement. As part of KCRW’s ongoing series Below The Ten, reporter David Weinberg brings us part two of a three-part series on the peacemakers of South Los Angeles. 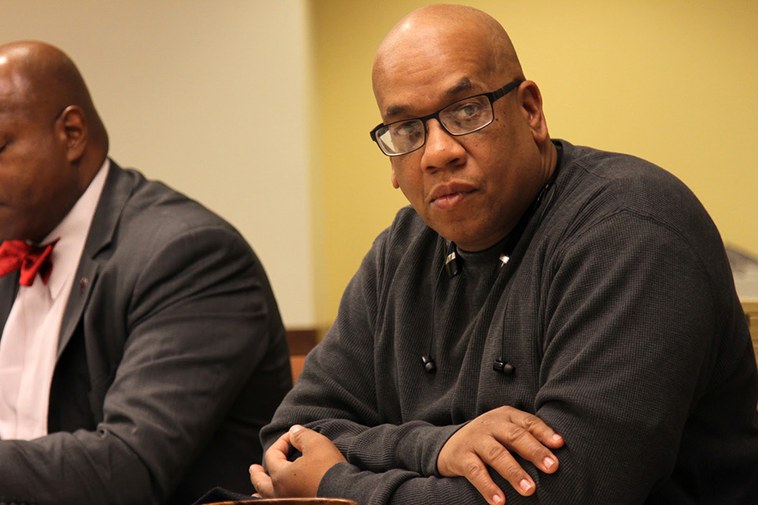 Unions Dodge a Bullet at the Supreme Court

Unions are breathing a sigh of relief in a California case the Supreme Court handed down today. The justices split 4-4 in Friedrichs v. California Teachers Association. That...

What a Drought in Saudi Arabia Means for California Land

Saudi Arabia is running out of water. This poses a problem for the country’s largest dairy producer, the Almarai Company. Because feeding cows requires food, and growing...

There’s been a surge of violent crime over the past year in Los Angeles. South L.A. has seen the greatest increase. South L.A. is also a place where community members often...