The coastal town of Carpinteria is a snapshot of the idyllic, quiet California life. Its perfect climate has attracted flower and avocado growers for decades. But ever since California legalized cannabis, there’s been a steady influx of marijuana growers, too, and that’s brought an angry chorus of residents who say the cannabis plants are literally stinking up certain neighborhoods – especially the area around Carpinteria High School.

Many of these angry residents aired their grievances at this week’s Santa Barbara County Board of Supervisors meeting. 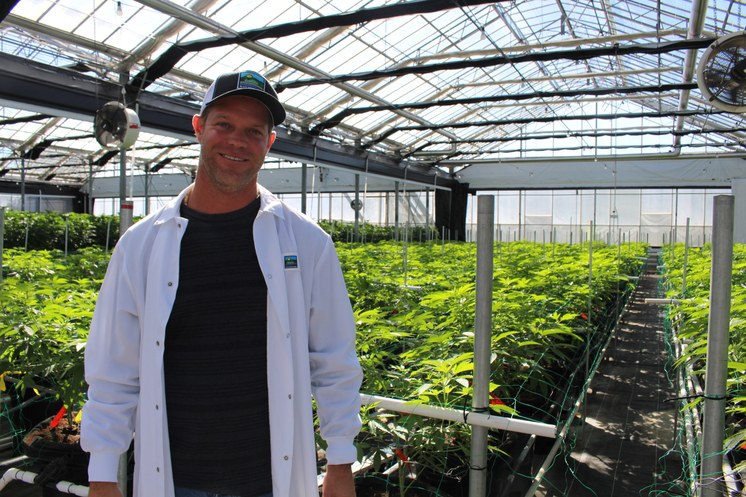 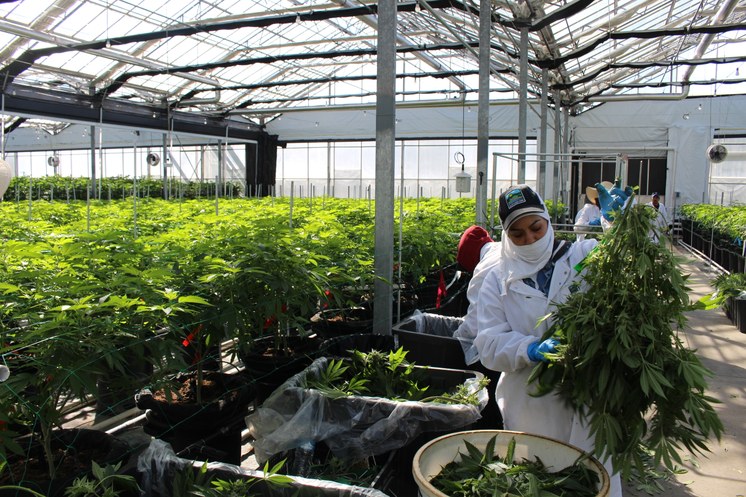 Instead of harvesting the entire facility at one time, employees harvest a portion, replant and harvest another portion. “It’s good for production, it’s good for freshness of the product and it’s good for our workforce because it’s not seasonal for them,” said Farrar. Photo credit: Kathryn Barnes.

“You need to have everyone on board, and so if there are 20 people growing cannabis, and 19 have odor control, it’s still gonna smell."

Farrar employs more than 40 workers, many of whom harvest and sort the plants. He uses a vapor system that emits essential oils into the air, which bind with the volatile organic compounds of the cannabis so your nose no longer recognizes the scent.

Farrar says rules like odor control are starting to be enforced.

“One week ago, the 4-acre farm who we share a fence with was shut down, and part of the reason they were shut down is because they weren’t following the rules.” 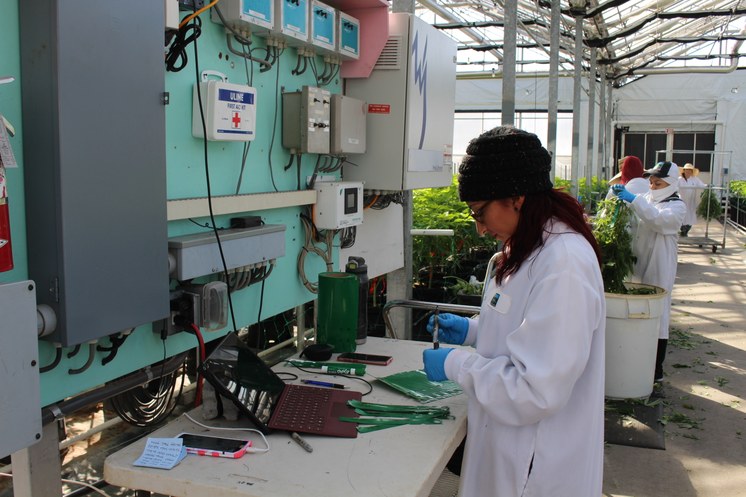 A barcode attached to every cannabis plant helps the state track the product and make sure none of it gets exported from California. Photo credit: Kathryn Barnes.

He estimates by the end of this year there will be better compliance, and therefore, cleaner air.

“This is the year where what was grey is going to separate into black and white,” he said. “You’re either going to have a permit or you’re not, in which case you’re illegally growing cannabis and the state and local government should want to get rid of those bad actors.”

The coastal town of Carpinteria is a snapshot of the idyllic, quiet California life. Its perfect climate has attracted flower and avocado growers for decades.

It’s a political tradition. Lawmakers invite someone to the State of the Union Address who has a personal stake in decisions made by the White House.

Even if you only know a little about surfing in Santa Barbara, you may have come across a few iconic names like Tom Curren, Al Merrick and Renny Yater. They’re part of a...