Lotusland in Montecito now welcomes contemplative visitors to its recently reopened Japanese Garden following an extensive $6 million renovation. The design was carefully considered to honor the original 1960s vision of Lotusland founder, Madame Walska, and one of her gardeners, Frank Fujii.

Fujii was a Japanese immigrant who grew up in the Santa Barbara Mesa neighborhood and was the original designer and curator of the outdoor space. He then spent more than forty years tending the garden before he retired in 2007 at the age of 86. He passed away in 2016

The renovated garden has many features of an Edo-era Japanese garden and is meant as a space to commune with nature, reflect on the path of life, and accept the imperfection of all things. 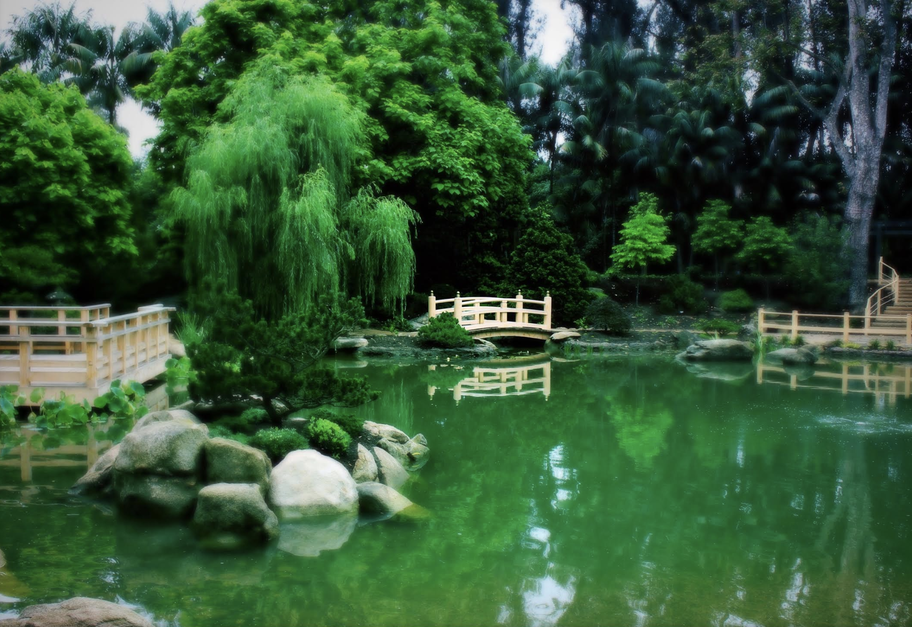 A pond serves as the central feature of the extensively renovated garden, which incorporates many design concepts from traditional Edo-era Japanese Gardens. Photo credit: Carolina Starin/KCRW.

Juvenile incarceration in Santa Barbara County is declining and a new $795,000 grant from the state will be used to try to further that trend.

If you’ve ever driven or walked through the city and seen a building that looks straight out of a Dr.