Birds are chirping, creeks are flowing and wildflower buds are beginning to pop up and down the Central Coast. 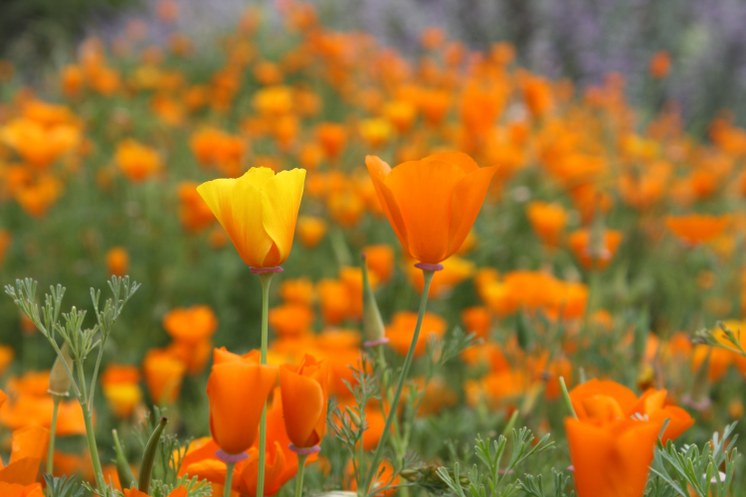 “A super bloom is pretty rare,” said Heather Schneider, a rare plant biologist at the Santa Barbara Botanic Garden. “It’s a time when, for whatever reason, the conditions are just right for annual plants to bloom in extreme numbers. You get a ton of germination from the soil seed bank and these carpets of wildflowers.”

She said it’s special that we’re experiencing a super bloom this spring, so soon after the 2017 super bloom. 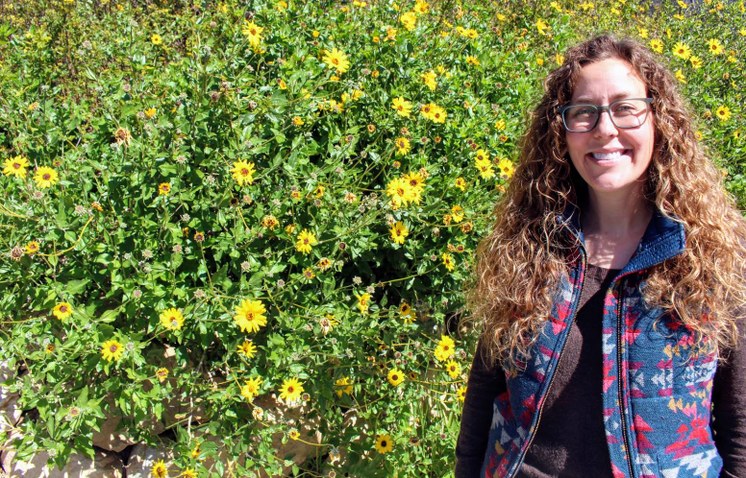 While photos from Southern California’s desert regions crowd our Instagram, Schneider said the best is yet to come along the Central Coast.

“It will definitely be a good a year, probably even a great year, but that remains to be seen,” she said. “We're just starting to see things pop around here.” 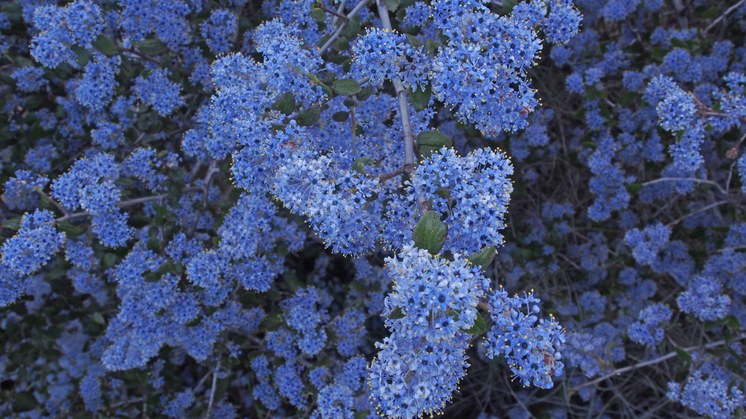 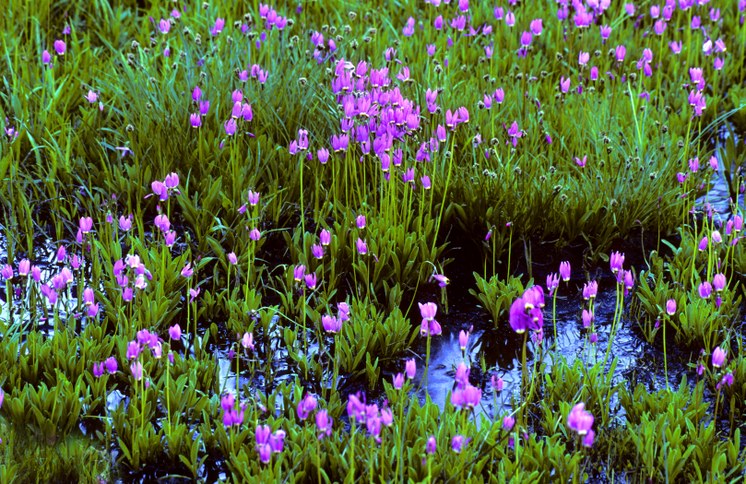 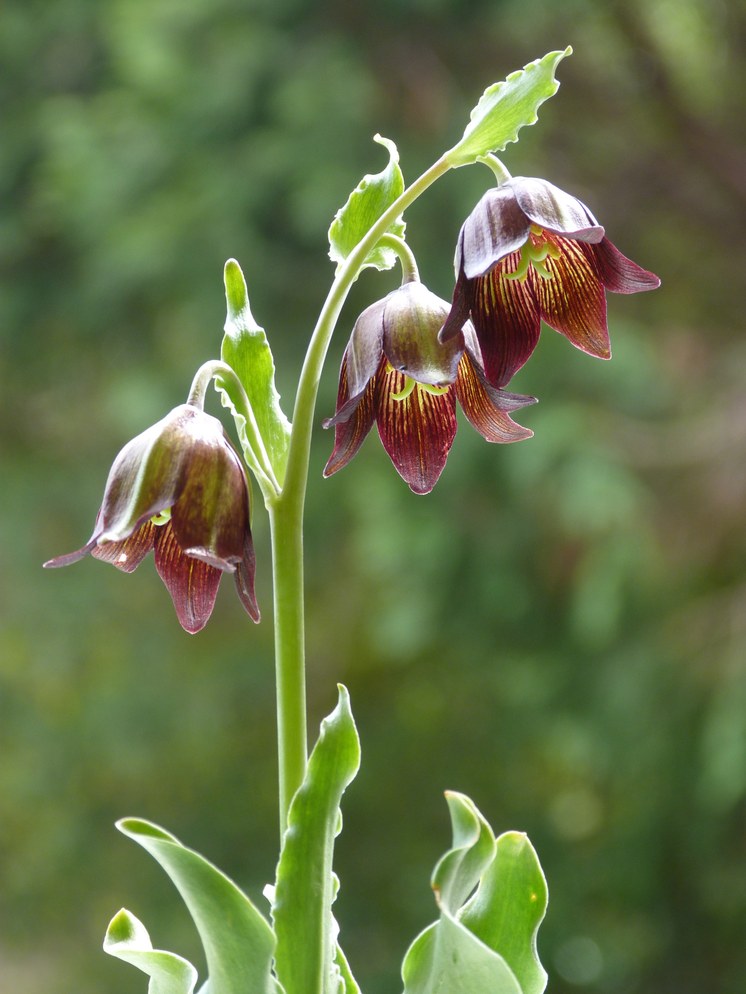 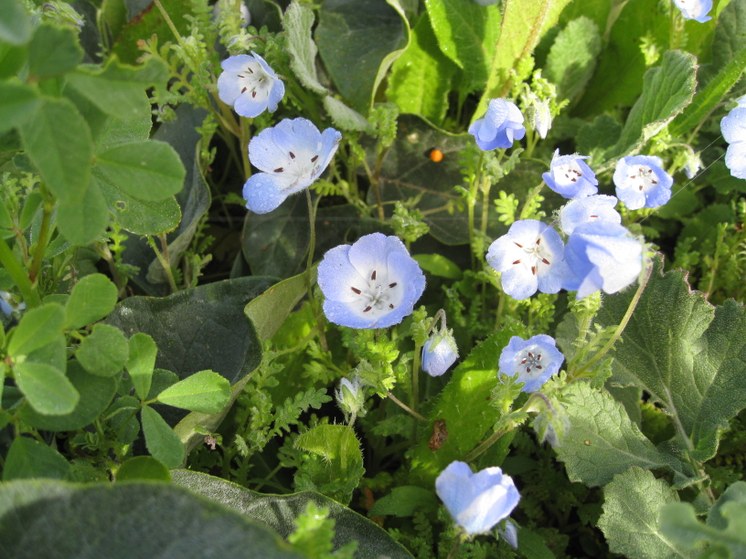 Schneider specializes in studying and protecting the region’s rare plants, like the Late Flowered Mariposa and the Catalina Mariposa Lily. 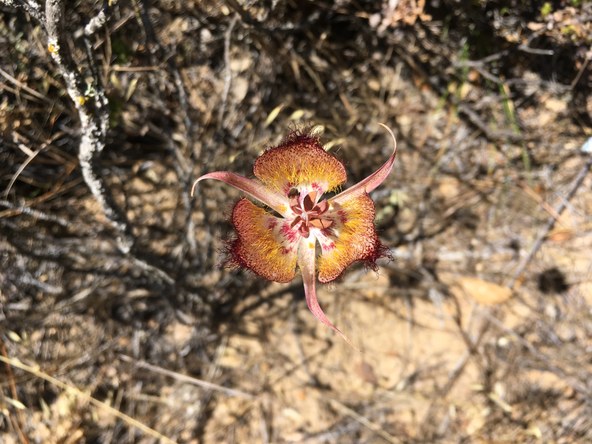 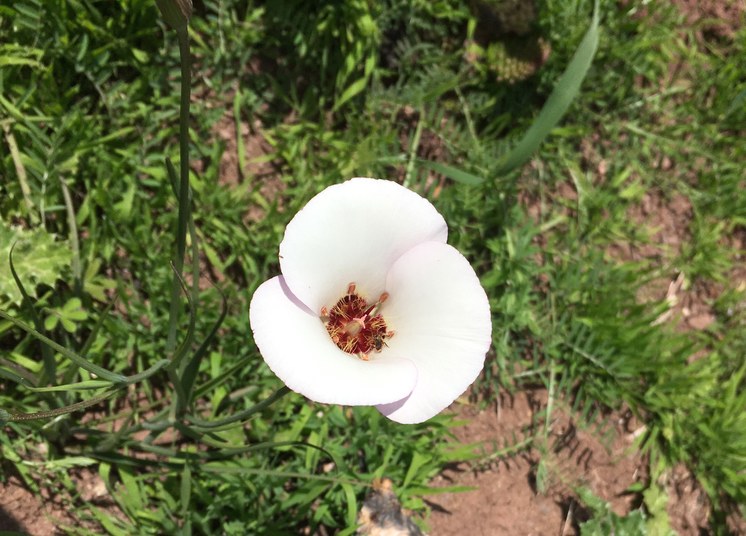 “A year like this, when we’ve had really good rain and the recent fires, creates a unique set of conditions that trigger germination for a lot of species, especially rare plants.”

Some of those seeds are made to last in the soil for decades or longer, waiting for specific cues to germinate.

“In some cases, it’s heat that cracks that hard seed coat, lets water into the seed and wakes up that embryo,” she said. “In other cases, it’s the chemistry of smoke and ash from fire that triggers that germination.” 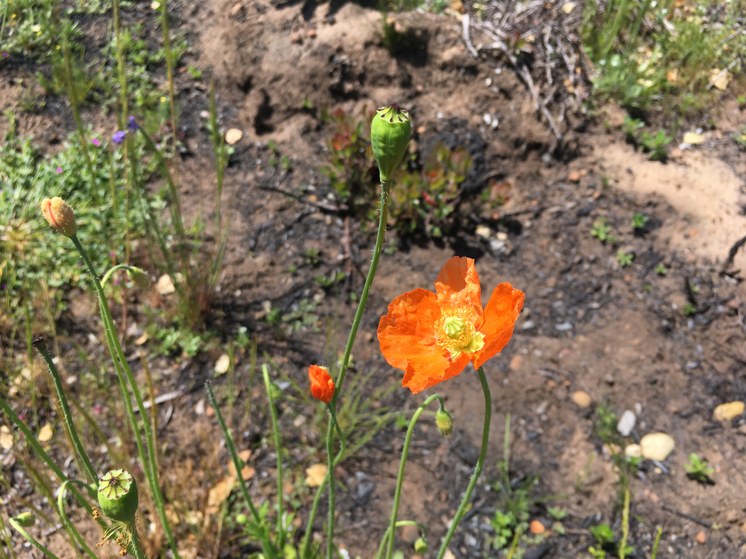 Keep your eye out for Large Flowered Phacelia and Fire Poppy blooming in areas scarred by the Thomas, Whittier, Holiday and other recent fires. They won’t be there for long.

“Once that vegetation heals and the shrubby community comes back, they’ll disappear until it burns again,” said Schneider.

She’ll also be searching for the Santa Ynez False Lupine, which only occurs in the Santa Ynez Mountains, in the area that burned in the Whittier Fire.

“That [plant] responds really well to fire, so we’re excited to see how we might find a range expansion of this plant because we haven’t had a fire in that area for some time.” 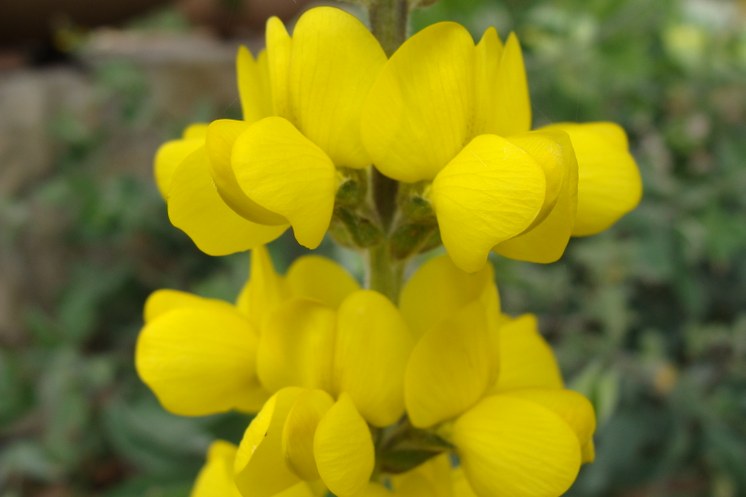 Aside from trails leading into recent burn zones, Schneider recommends hiking the Jesusita Trail to see a wide array of rare plants, from the Santa Barbara Honeysuckle and the Nuttall's Scrub Oak to Plummer's Baccharis and Humboldt Lilies beginning to bloom along the creeks.

“This is a lily that can be six feet tall with orange flowers the size of your fist,” said Schneider. “If that doesn’t spark joy in a person, I don’t know what will.” 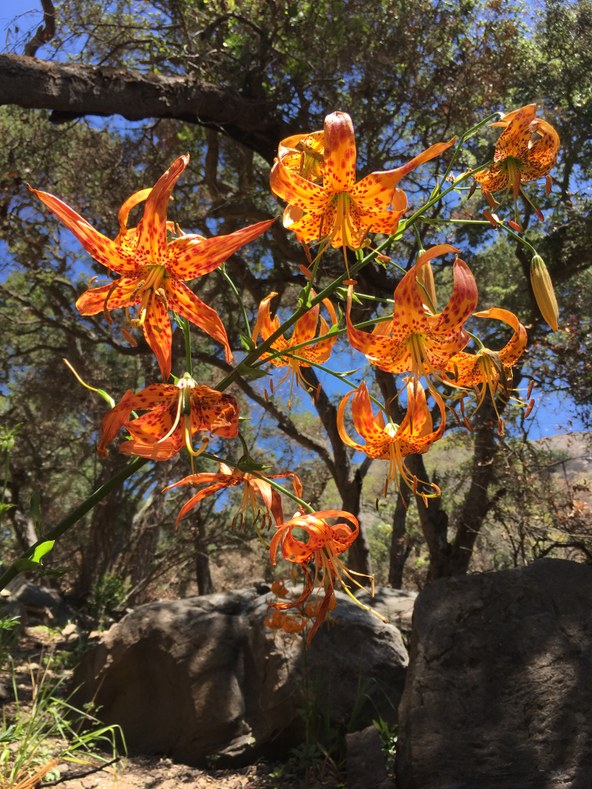 If you’re dreaming up a regional road trip to check out the super bloom, Schneider suggests Grass Mountain along Figueroa Mountain Road, which is just starting to get its first blush of poppies and lupines, as well as Carrizo Plain National Monument.

“We’re just starting to see Goldfields and Hillside Poppies blooming on the edges of the monument,” she said. “I expect that to have a really great showing because they’ve had so much rain and Soda Lake is full.” 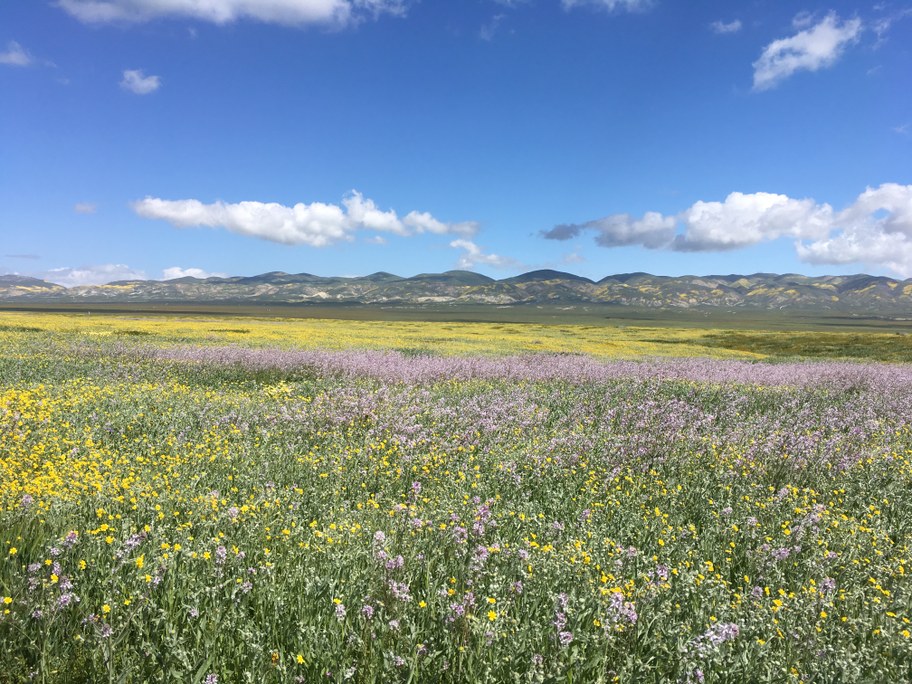 If you can handle a boat trip, Schneider highly suggests visiting the Channel Islands this year and searching for rare plants that only occur on the islands, including the Island Barberry, Santa Cruz Island Bush Mallow and the Northern Island Tree Mallow. 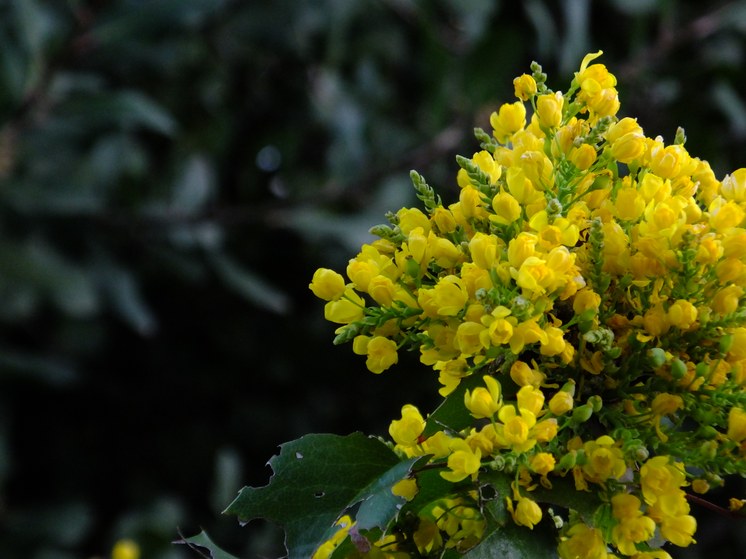 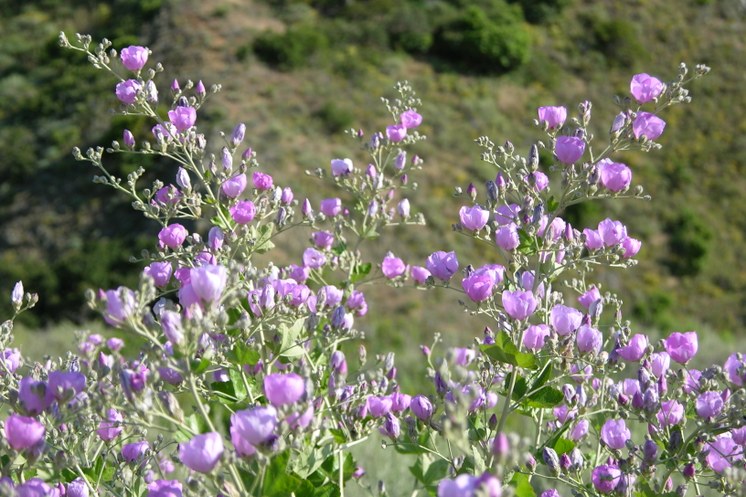 “Our genetics team here at the Botanic Garden is doing some work to understand how the populations of this plant are related to each other on different islands, and what we’re finding is that there is a lot of genetic diversity between the different islands, so that’s pretty neat.”

Schneider will be working on rare plant projects on nearly all the islands as well as in Carrizo Plain and Monterey County. What is she most excited to see?

“Everything. When I’m not working, I’ll just be frolicking in wildflowers.”

The Santa Barbara Botanic Garden is offering several field trips this spring if you’d like to explore alongside a seasoned botanist.

The debate over a Montecito memorial

As crews begin installing metal nets in the canyons above Montecito to prevent a future debris flow, the community is still trying to decide how to remember the last one,...

Drink too much? Your brain brakes may be failing

A team of researchers at UC Santa Barbara is trying to figure out what makes some people overdrink.

Birds are chirping, creeks are flowing and wildflower buds are beginning to pop up and down the Central Coast.