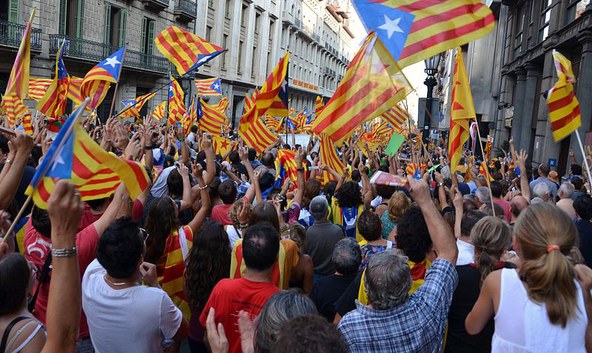 Spanish Prime Minister Mariano Rahoy today took the first tentative step toward imposing administrative control over the would-be breakaway region of Catalonia. He asked Catalan President Carles Puigdemont to clarify whether he'd actually meant to declare independence in a speech yesterday. If he did, the Spanish government is prepared to invoke a provision in the national constitution that would suspend Catalonia's autonomous administration. For more, we turn to Raphael Minder, a Spain-based reporter for the New York Times who's been following the situation.

A view inside of the reclusive North Korea

Inside the Hermit Kingdom: Eyewitness views from North Korea

It's the most isolated nation in the modern world, a closed society that the information age has barely penetrated, a place where teenagers have never heard of Beyonce and...

The recent debates over Confederate Civil War monuments have focused mostly on memorials built long ago, either in the Jim Crow era or those built some 50 years ago as the...