After the Iran Nuclear Deal: Does Trump have a Plan B With the U.S. out of the Iran Nuclear Deal, the world is waiting. What are the options for Iran’s Islamic regime, for the UK, France and Germany, and for North Korea’s Kim Jong Un. There’s no strategy yet from the White House, and even supporters are asking if the president has weighed all the consequences. 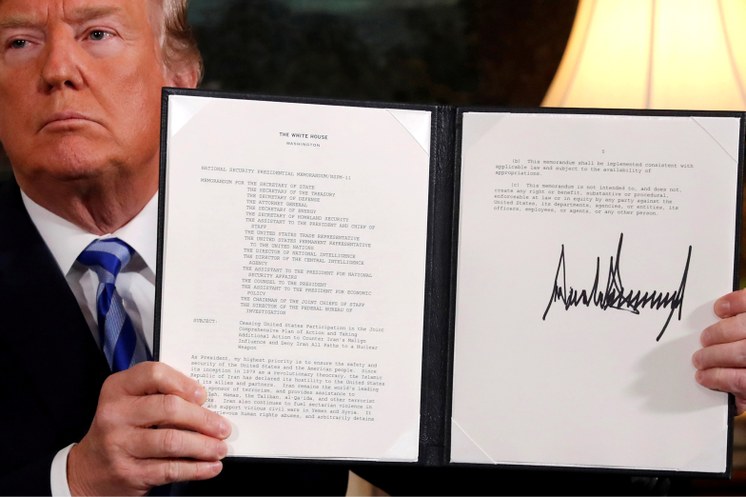 U.S. President Donald Trump holds up a proclamation declaring his intention to withdraw from the JCPOA Iran nuclear agreement after signing it in the Diplomatic Room at the White House in Washington, U.S. May 8, 2018. Photo credit: Jonathan Ernst/REUTERS