Among the recent spate of terror attacks, the explosions that rocked Baghdad on Sunday were the deadliest by far -- the death toll stands at two hundred and fifty -- the highest number for a single attack there since 2003, when the US invaded.

ISIS has claimed responsibility, saying it was targeting Shiites -- but the shopping district site was a multi-cultural hub, featuring both Shiite and Sunni mosques. All the victims were Iraqis, some of them children. And Iraqis have expressed frustration that the world is less concerned with them than the victims of other recent attacks. 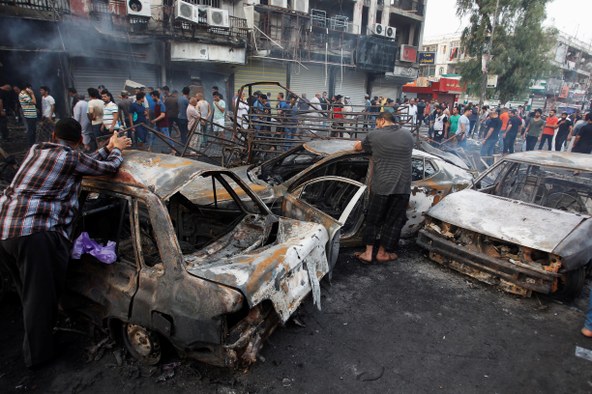 Photo: People inspect the site of a suicide car bomb in the Karrada shopping area, in Baghdad.
(Ahmed Saad/Reuters) The videotaped killing of a black suspect in Baton Rouge by police officers will be the focus of a civil rights investigation by the U.S. Justice Department. Authorities say...

Will Rio be Ready?

Four weeks until Brazil lights its Olympic cauldron in Rio, and the country is in a shambles.

Among the recent spate of terror attacks, the explosions that rocked Baghdad on Sunday were the deadliest by far -- the death toll stands at two hundred and fifty -- the...