In Our Backyard No. 2: Greenhouse emissions we can't see are often out of mind, causing pollution power lines Young activists participate in a climate rally, with one woman holding a sign that says “climate justice now.” Photo by Shutterstock. Photo by Andres Rivera/Pacoima Beautiful.

When methane and other gases leaked from the Sun Valley Power Plant, the LA Department of Water and Power (DWP) failed to warn nearby residents of potential health risks.

Angelica Dueñas, who lives near the plant, told reporter Miguel Conreas, “It caused harm to our community … you have children, babies being born, and their first breath of air is this that we have here.”

The DWP planned to keep the plant open, even while shutting down plants in wealthier communities because of climate change.

He maintains, “We can't just create a policy around lowering greenhouse gas emissions” in some places but not in others.

Wilmington is also subject to pollution from the Long Beach oil field, and Danny Hom of Grid Alternatives says it’s time to imagine a greener future.

Olney hears that paying more attention to environmental injustice may help overcome bureaucratic inertia and entrenched political power, which make it tougher to mitigate the damage from climate change. 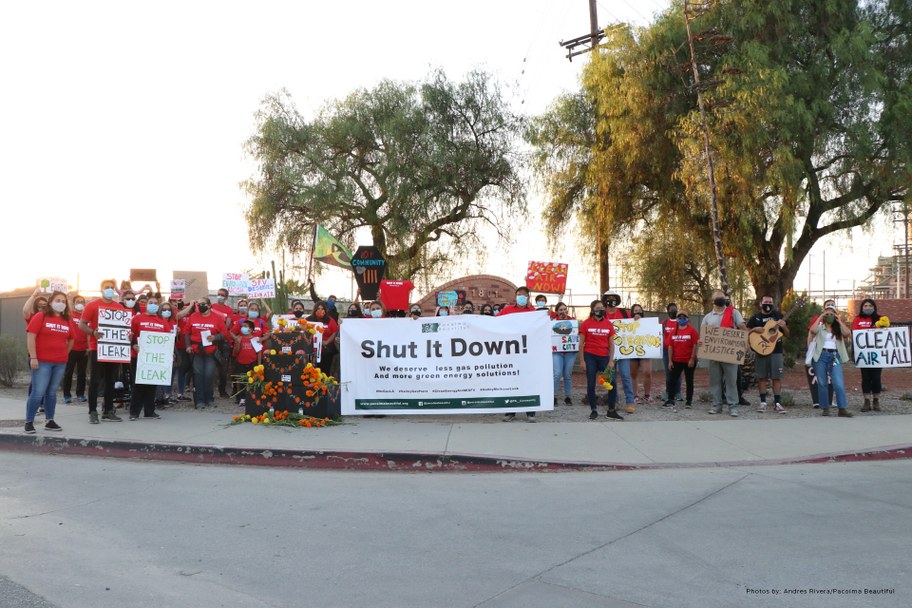 This is the second episode of "In Our Backyard," a six-part series.