Why protesting at politicians’ homes may help undo climate change 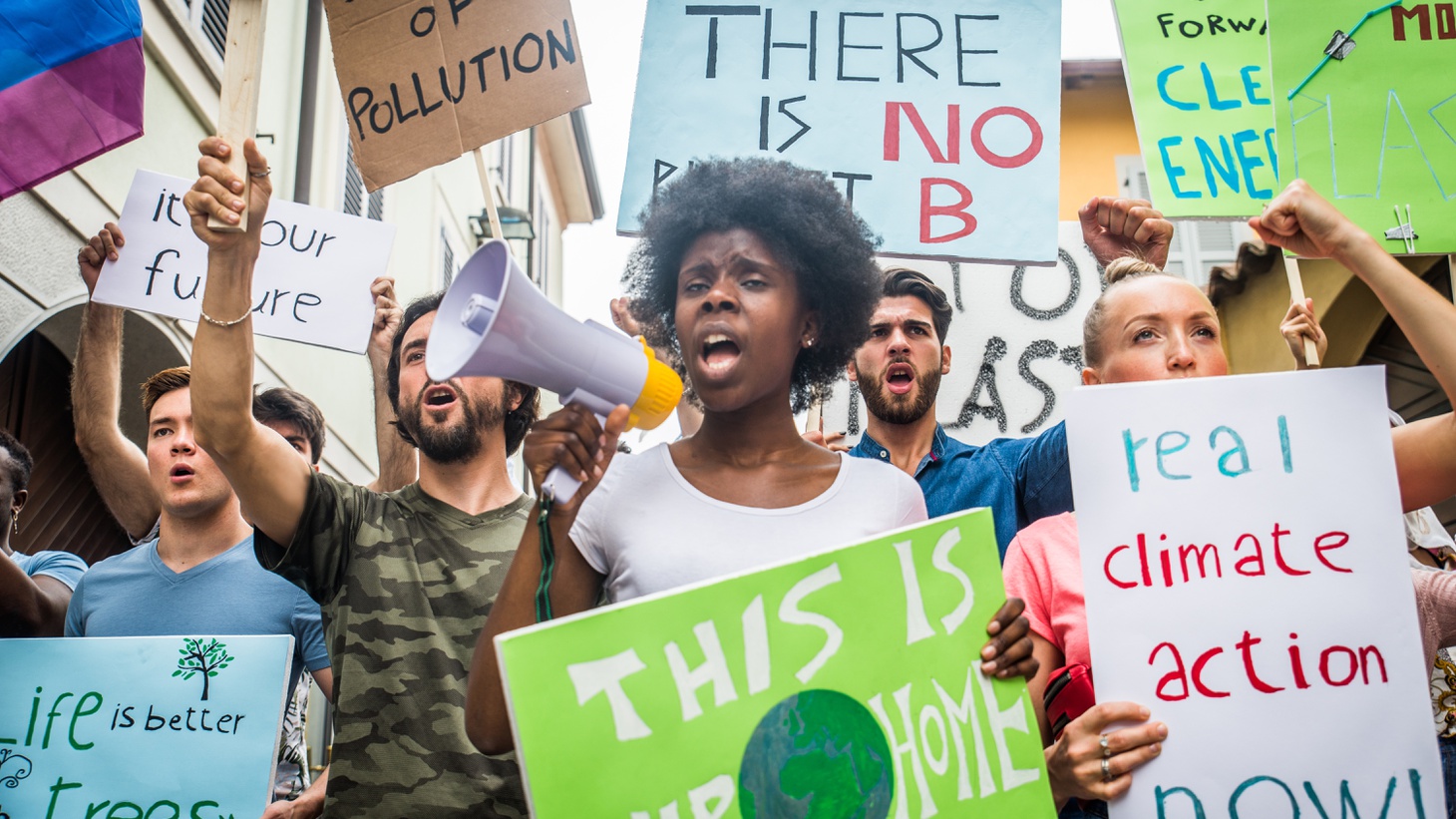 Some environment activists are turning to unconventional methods to put more pressure on elected officials in hopes of making substantive changes to climate change. Photo by Shutterstock.

While President Biden’s Build Back Better Act, which contains a historic $555 billion investment in clean energy, is stalled in Congress, climate advocates have been preparing to act through an unconventional approach.

“I'm convinced that the only way we're going to get that level of policy change is through a collective awakening,” Margaret Klein Salamon, the executive director of the Climate Emergency Fund tells Warren Olney.

That’s because, she says, this model of market-based solutions pursued for the last 30 years to slowly transition from fossil fuels has failed. In fact, fossil fuel is still being expanded.

“We're too late for anything but [a] crash transition to zero emissions.”

Salamon is encouraging people to engage in high-stake tactics to put heavy pressure on elected officials. That includes waking up politicians in their homes early in the morning by “making their lives really as hard as we nonviolently can.”

Her insurgent strategies may be promising as some data suggests peaceful protests, like boycotts and sit-ins, may not be sufficient to push those in power to take the climate crisis more seriously.

“Unless there's a certain level of critical mass or a certain level of disruption, institutional political actors tend to make some sort of weak concessions, and then continue with business as usual,” says Dana Fisher, professor of sociology and the director of the Program for Society and the Environment at the University of Maryland.

Also in this episode, the coronavirus vaccines and treatment options created optimism that there may be light at the end of the tunnel. But the deadly virus is not going away, according to Dr. Ezekial Emanual, who was a member of the COVID-19 Advisory Board for the Biden-Harris transition.

“We have eliminated smallpox, [but] we will not eliminate COVID.”

Even as the current surge of the Omicron variant started to dwindle in the United States, some 2,000 people are still dying everyday, adding to the nearly 900,000 Americans who have lost their lives to this virus in the last two years.

Emanual believes the coronavirus needs to be confronted like a war.

“[We must] marshal the resources this country has to really address the problem.”

Emanual and three other veterans of the Biden transition team have written a series of articles outlining strategies that include having more scientists sequence positive cases and uploading the data in a common platform to predict how things are going to evolve. They also recommend improving the ventilation and air filtration systems in public buildings, commercial buildings, schools, and other venues.

However, undermining this fight against COVID, Emanual says, has been the continuous spread of misinformation. Spotify, for example, which sided with Joe Rogan’s podcast that has provided false claims about COVID and vaccines, has been part of the problem.

“Simply putting a warning label is inadequate,” Emanual says. “Spotify lost $2 billion because of this situation, and maybe, if they can't be convinced by moral arguments, financial arguments will get them to shift.”