SCOTUS strikes down concealed-carry law. Is gun control in danger? 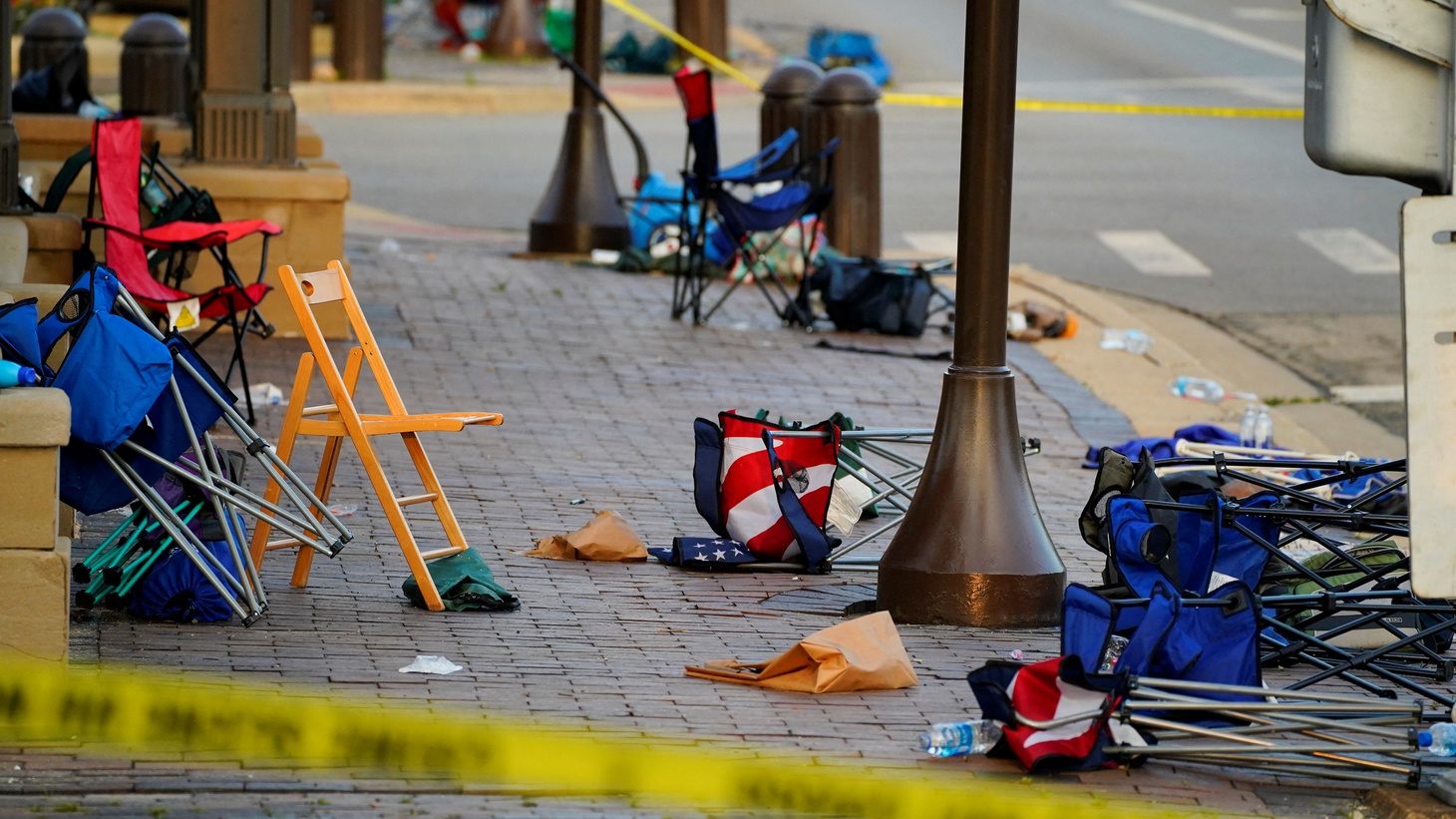 People’s belongings lie abandoned along the parade route after a mass shooting at a Fourth of July parade in the Chicago suburb of Highland Park, Illinois, July 5, 2022. Photo by Cheney Orr/Reuters.

Gun violence continued on the 4th of July and beyond as the U.S. Supreme Court, Congress and the Biden administration head in different directions. On June 24, SCOTUS ruled there’s a constitutional right to bear arms in public. A day later, President Biden signed a bipartisan federal gun safety measure into law.

Vanderbilt University Professor Jonathan Metzl, author of the book “Dying of Whiteness,” says, “I can't emphasize enough what a big deal this is. It really puts any kind of gun regulation up for grabs.”

Meanwhile, the Bipartisan Safer Communities Act signed by the president  enhances background checks, eliminates the “boyfriend loophole,” provides $15 billion in federal funding for mental health programs, and incentivizes states to set up “red flag” protections against people who should not have guns.

Those are “marginal improvements” to efforts at gun control, according to Ryan Busse. He’s a former gun maker and author of “Gunfight: My Battle Against the Industry that Radicalized America,” who’s now working with the gun control organization Giffords.

He tells Warren Olney that future gun control efforts will have to be incremental: “We’re going to do it piece by piece.”

Gun control laws are now in trouble, not just in New York, but in California, New Jersey, Maryland, Hawaii, Rhode Island, Delaware and Massachusetts. But attorney Alinor Sterling says other state laws provide a way for victims of violence to hold gun makers responsible. For the families of nine children who were killed with an AR-15 at Sandy Hook Elementary in Connecticut, Sterling won a $73 million settlement from Remington.

Also, the war in Ukraine may spell the end of the International Space Station, kept in orbit by U.S. and Russian cooperation since the end of the Cold War. The head of Roscosmos, Russia's space agency, recently announced his country may pull out of the joint program. His nation’s war in Ukraine has led to withering economic sanctions by the U.S. and other western nations.

But despite that warning, astronauts from the estranged nations are still working together, says Juliana Suess, with RUSI International, a defense and security think tank in Britain. It’s still unclear when Russia plans to leave the program. She adds, “NASA has the intention to keep the station flying until 2030.”

But times are changing. “There's much more commercial activity than government, [now with] commercial satellites making piles of money,” according to Jonathan McDowell, astrophysicist and satellite tracker at the Harvard Smithsonian Center for Astrophysics at the Chandra X Ray Center.