In Our Backyard No. 3: Heat is the deadliest aspect of climate change. It’s turning some underserved LA neighborhoods red hot Watts Towers in Los Angeles in June. Photo by Shutterstock.

“Heat is a silent and largely invisible killer. It is, in fact, actually the deadliest of all weather-related disasters combined,” says Edith de Guzman, co-founder of the LA Cooling Collaborative. She says, “I like to think of the image of a kid with a magnifying glass concentrating the sun into one area while surrounding areas remain untouched.”

It’s no accident that some local neighborhoods are turning into “urban heat islands,” according to Henrik Minassians-Palasan at CalStateNorthridge. “It goes back in history … to redlining and racially restrictive land covenants” in places including Watts and South East Los Angeles.

Tim Watkins of the Watts Labor Community Action Committee says that as a teenager, he planted hundreds of trees for shade in the aftermath of the Riots of 1965, but a lack of services has made most of them impossible to maintain.

But Stephanie Pincetl says, “Trees don't grow well in this region. So you must create conditions that are hospitable in the urban environment for those trees to survive.” She’s a founder of the Center for Sustainable Communities at UCLA, and she advocates denser zoning in some places, surrounded by trees to provide shade for parks, playgrounds and sidewalks.

Dayana Molina is now a community organizer for the Trust for Public Land, but she started as a kid who wanted to play soccer in her neighborhood. Then she helped build soccer fields for a new generation. She says there’s a sense of hope in South LA. “A lot of our leaders … get the sense that they are able to self-advocate because they deserve a better community.” 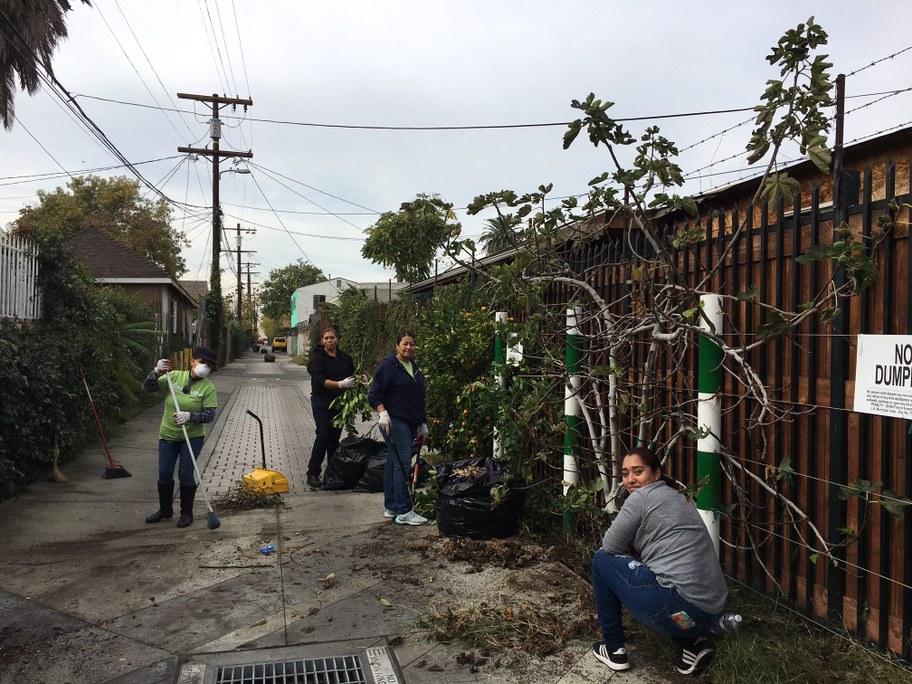 This is the third episode of "In Our Backyard," a six-part series.