Is it time to make gun control great again? A demonstration organized by Teens For Gun Reform, an organization created by students in the Washington DC area, in the wake of the February 14 shooting at Marjory Stoneman Douglas High School in Parkland, Florida. Photo credit: Lorie Shaull

A country with more guns than people is plagued with gun violence: suicides, murders and mass killings. Igor Volsky says the NRA has distorted American history, made guns a matter of “social identity” and frightened most politicians. But polls show regulation is widely supported, even among gun owners, and he’s optimistic. He explains the argument laid out in his new book, “Guns Down: How to Defeat the NRA and Build a Safer Future with Fewer Guns.” 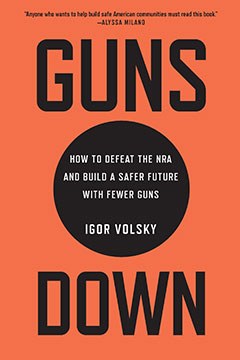