The president calls himself a “very stable genius,” and stories from a new book by that name are already part of Trump lore. He was confused about Pearl Harbor. He told Prime Minister Modi that India had no border with China.

But after interviews with more than 200 sources, co-author Philip Rucker says, “The people who work with him do not consider him to be a genius … or prepared for his job or fit to be the president.”

“They are distraught,” according to Rucker’s co-author Carol Leonnig, a prize-winning reporter for the Washington Post. “That is one of the findings of this book. People who served at his shoulder for months and years are very concerned about the impulsivity and lack of discipline in his decision making … if we are faced with a crisis.”

The book has chapter headings like “Shocking the Conscience” and “Unhinged,” leading Trump to denounce their reporting as “Fake News” that’s part of a “witch hunt.” But neither he, his lawyers, nor his die-hard supporters have challenged any detail of any story the book reports as a fact.

Trump does challenge facts of another kind -- reports from the CIA and the National Security Agency, especially regarding Russia. Leonnig says. “You can’t have a functioning democracy … if you’re going to reject intelligence … for the facts you like.”  She continues, “The president often leans back on his experience as a developer and a casino operator … as basically a huckster for condos and resorts all around the world.”

But she does concede, “There are moments of genius in his presidency, and some of that genius is marketing. That developer is still up on the 26th floor of Trump Tower, trying to figure out how to convince people he’s on their side.” And he has done so. 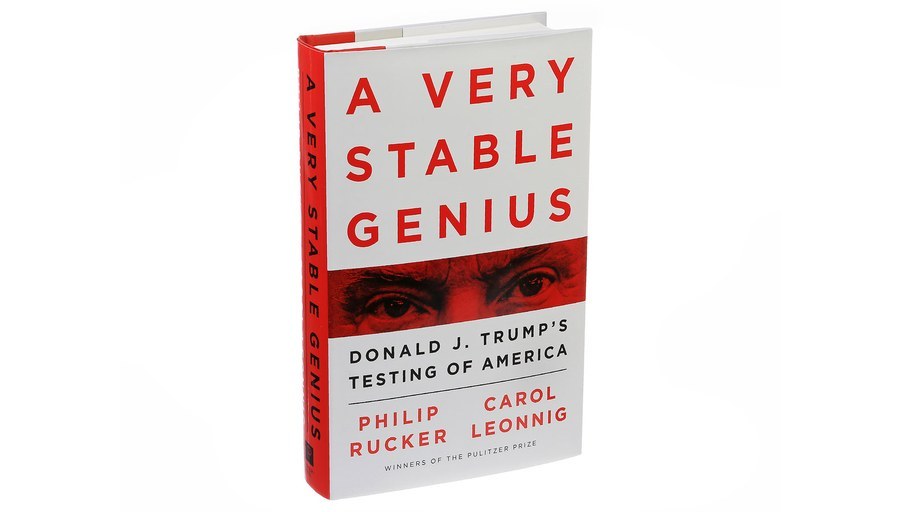 "A Very Stable Genius" by Philip Rucker and Carol Leonnig.