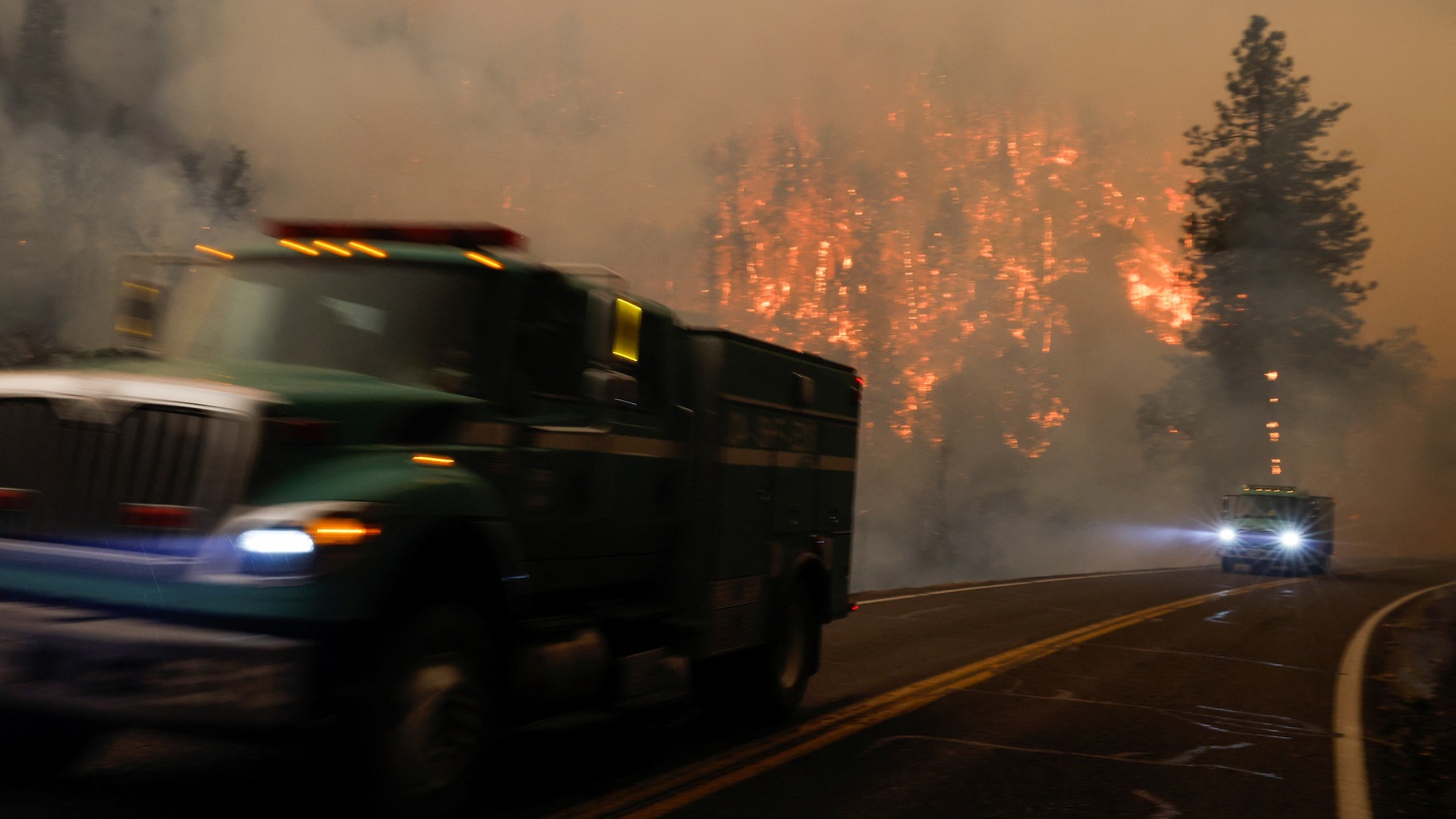 The McKinney Fire burns near Yreka, California, July 30, 2022. “The world is not really the way it's presented in the news. … It really magnifies the threats and the apocalyptic unsolvable nature of problems,” explains David Bornstein, co-founder of the nonprofit Solutions Journalism Network. Photo by Fred Greaves/Retuers.

Dire news reports about COVID and monkeypox, the war in Ukraine, school shootings, threats to democracy and abortion access, plus the climate emergency are driving away audiences. About 4 out of 10 Americans often avoid reading, watching, or hearing the news, according to new data from the Reuters Institute.

And media professionals are among those who’ve just tuned out.

Journalist Amanda Ripley, author of “High Conflict: Why We Get Trapped — and How We Get Out,” is one of them. She tells To the Point’s Warren Olney that catastrophic news coverage is “not fit for human consumption.” She’s been avoiding it for years because it makes her feel so demoralized and hopeless, that she can’t do her job.

Scientific data backs Ripley’s feelings. Since September 11, 2001, research psychologist Roxane Cohen Silver at UC Irvine, has studied repeated exposure to news about disasters. After the Boston Marathon bombing in 2013, she says six hours of related news coverage created more acute stress than being at the finish line where the bombs went off. Most recently, the COVID pandemic has reinforced a type of addiction to bad news and even to what’s called doomscrolling on the internet.

There are ways, however, in which the news media can do better.

Co-founder of the nonprofit Solutions Journalism Network, David Bornstein explains, “The main reasons people avoid the news is because it makes them feel powerless.” When media outlets report credible potential solutions, people respond because they understand what is meaningful.

Local news coverage can engage the audience by providing a sense of agency, says Kathleen Hall Jamieson, director of the Annenberg Public Policy Center at the University of Pennsylvania. “We looked at the coverage of the Green New Deal, for example, and found more talk about tactics involved than about the substance of the policy. [The latter would have been] a much bigger public service.”