There are approximately ten times more mentally ill people behind bars than in psychiatric hospitals. Last month, a 24-year-old African American man died in a Virginia jail four months after being arrested for stealing about $5 worth of junk food. Jamycheal Mitchell was accused of stealing a Snickers bar, a Mountain Dew and a Zebra Cake from a 7­Eleven. His family says he suffered from schizophrenia and bipolar disorder. The courts were aware of his mental illness and found him unfit to stand trial. A judge recommended he be transferred to a mental health facility, but the transfer never happened. Slate's Dahlia Lithwick says this is just one example of an ongoing failure of the criminal justice system and its treatment of the mentally ill. 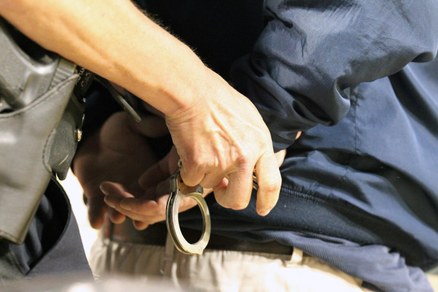 The Obama Administration now appears to have enough Congressional votes in favor of the President's nuclear deal with Iran. Today Democratic Senator Barbara Mikulski of...

Climate Change Creates a New Cold War in the Arctic

The Arctic's warming waters are full of ships, but few of them are flying a US flag. Forty-one Russian icebreakers patrol busy shipping channels, and that nation's laid...