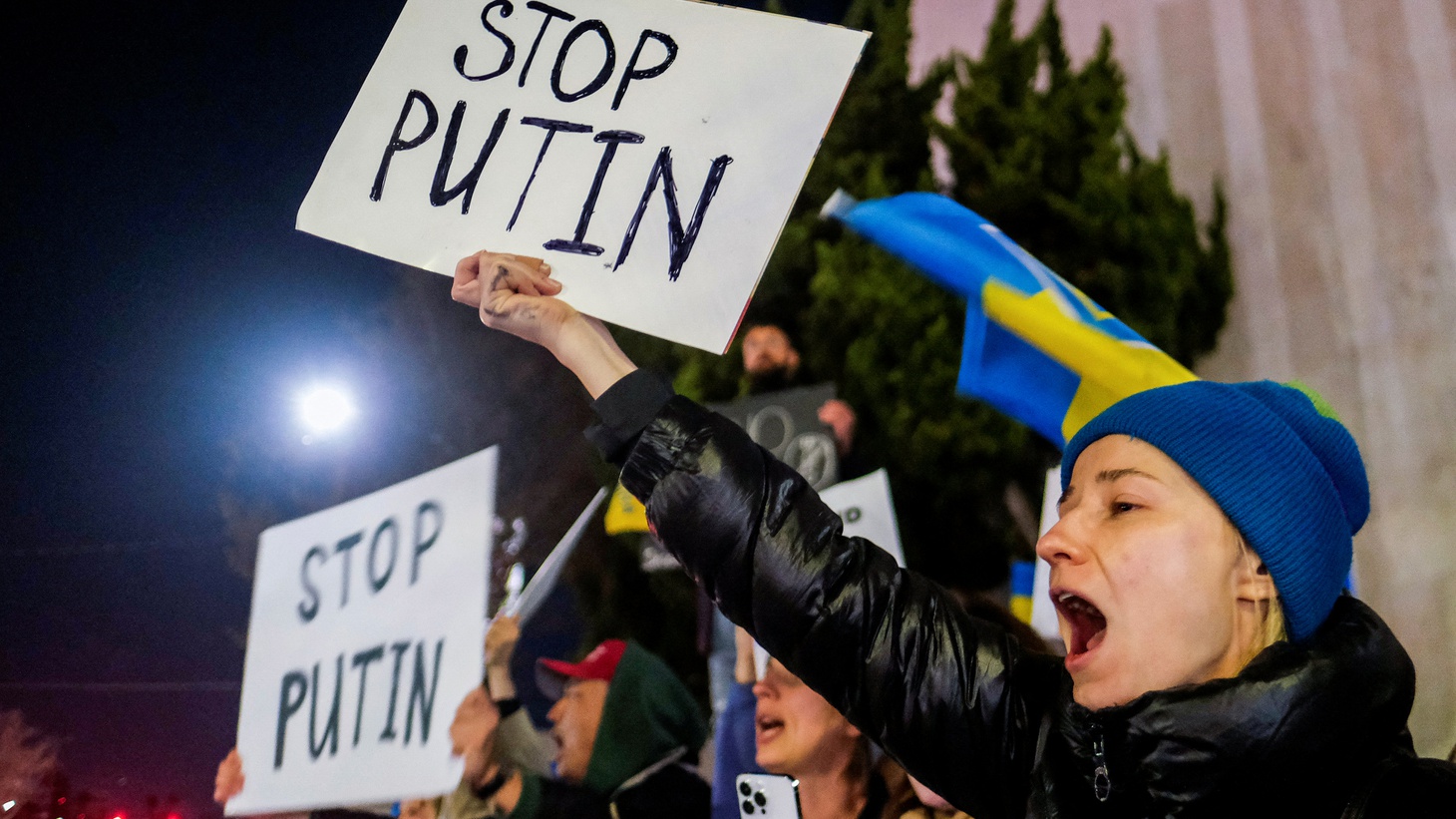 People demonstrate against Russia after it launched a massive military operation against Ukraine, in Los Angeles, California, U.S., February 24, 2022. Photo by Ringo Chiu/Reuters.

With Russia’s invasion of Ukraine well under way, the first talks for a cease-fire ended without a breakthrough on February 28. In the meantime, a Russian military strike hit the center of Ukraine’s second-largest city on Tuesday, and a 40-mile-long convoy of Russian tanks could be seen moving towards Kyiv via satellite images earlier this week.

Vladimir Putin’s military action in Ukraine has shown that the United States and other nations did not know how far he was prepared to go.

“We misjudged [Putin’s] will to roll back the curtain since the collapse of the Soviet Union,” says Angela Stent, director of the Center for Eurasian, Russian and East European Studies and professor at Georgetown University. She’s the author of “Putin's World: Russia Against the West and for the Rest.”

Stent, who for 14 years met other experts and Putin through Valdai Discussion Club conferences in Russia, says something “has clearly changed” with the Russian leader, especially recently.

Stent believes Putin’s denigration and excoriation of Ukrainians, as well as his anger towards the United States and the West, have grown over the years. She believes the Kremlin leader’s speech last week indicates that he has lost touch with reality.

“We do have to be concerned about what his state of mind is and why he has become such a risk taker,” she says.

Putin has also miscalculated his power and influence. With this military action, he has created a number of unintended consequences, from “uniting the Ukrainians” to “reuniting the Transatlantic Alliance,” Stent says.

In fact, the invasion of Ukraine has led to an escalating number of western deterrents against Russia. In the last week, dozens of economic sanctions put in place are slowly crippling its economy. The European Union shut down its airspace to Russian airplanes. A growing number of companies are leaving the country. And Great Britain has closed its ports to Russian ships.

These pushbacks against the Russian leader, however, have made him more volatile, and a few days ago he put his nuclear forces on high alert, escalating tensions.

Putin could use nuclear power if he wanted to make a point about settling the conflict on his terms, says David Sanger, chief Washington correspondent for The New York Times, and author of “The Perfect Weapon: War, Sabotage, and Fear in the Cyber Age.”

“If this war does not go Putin's way, [it] is not the last time that he threatens the use of nuclear weapons,” Sanger says.

Putin could also wage cyber warfare against Europe and the U.S. Sager says that though Putin didn’t use this tactic at the beginning of the conflict, he has the ability to launch cyber attacks on the financial infrastructure against the West.

But a week into the invasion, Putin has found himself increasingly isolated, and there’s growing civil unrest as Russians start feeling the imposed sanctions’ impacts.

“The Russian people really weren't prepared for this war,” Stent says. “They were told that the United States and NATO were responsible for all the crisis, [and] Russian soldiers sent to Ukraine don't really know why they're there fighting.”

And on the ground in Ukraine, Russian forces are facing unexpected fierce resistance.

“Putin is finding out in this war that Ukrainians have a very strong sense of national identity, and I think he's also misjudged their ability to fight back,” Stent says.

There are reports of 100,000 Ukrainians enlisting to fight in the army in the first four days of the conflict, according to Sophia Opatska, CEO of Lviv Business School of the Ukrainian Catholic University (UCU) in Western Ukraine. 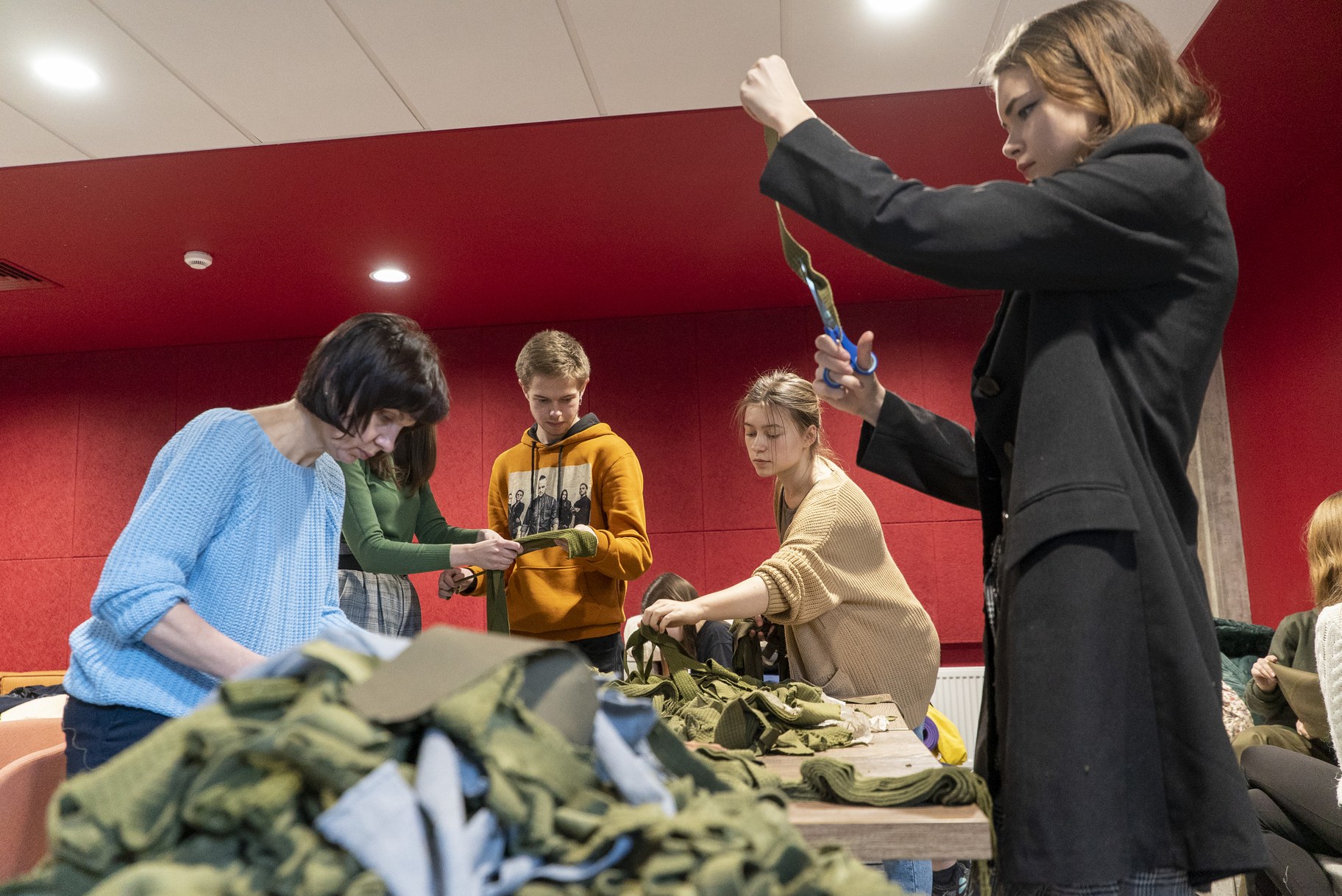 “I would like every person to understand that we are fighting now for our land, but I think we are also fighting for a system of democracy.” 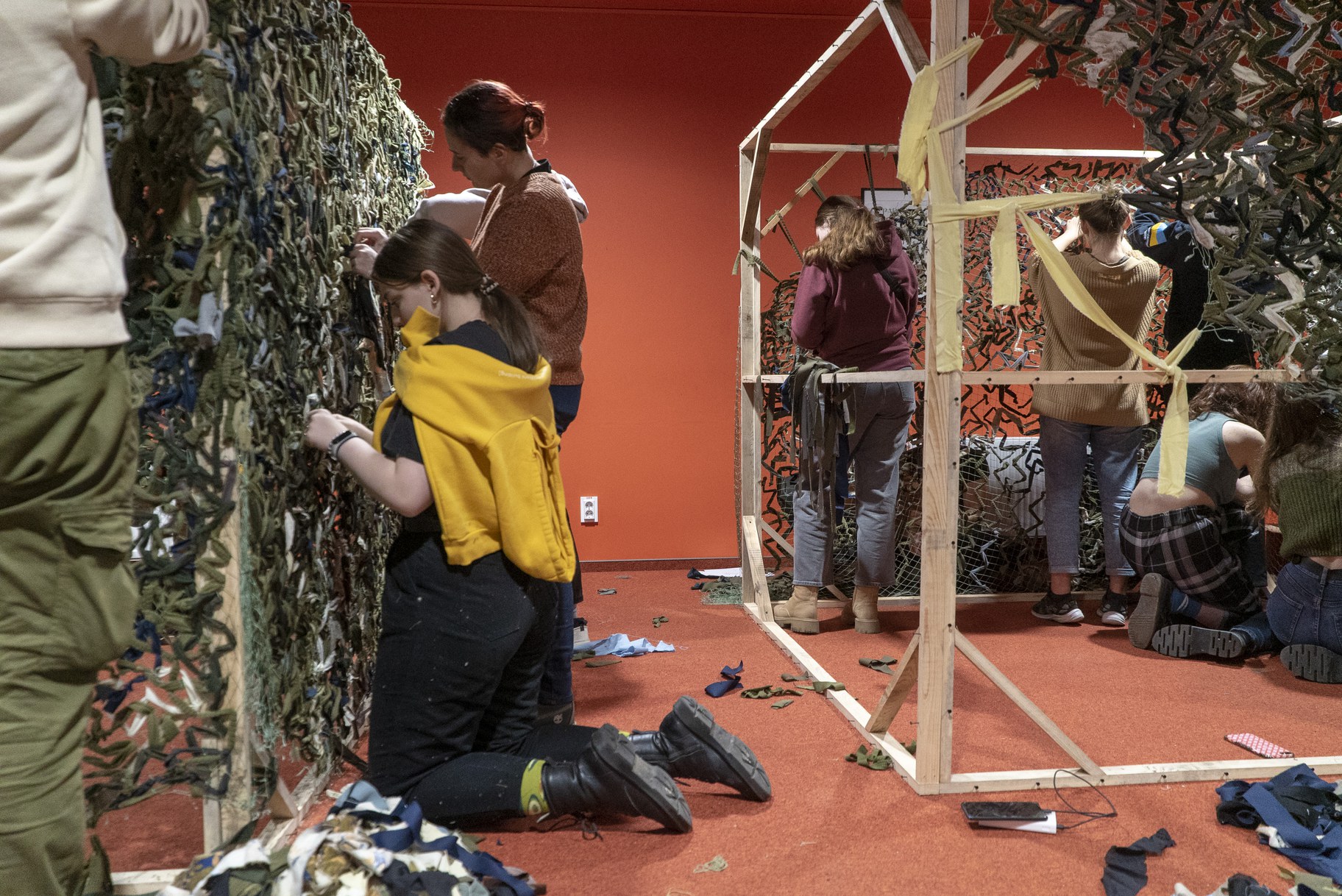