The might and magic of Roger Federer. What's behind the success of the greatest tennis player in history? 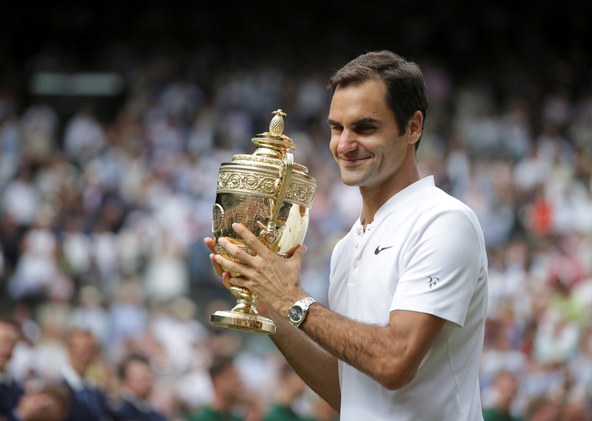 Switzerland's Roger Federer poses with the trophy as he celebrates
winning the final against Croatia's Marin Cilic, July 16, 2017.
Photo by Daniel Leal-Olivas/Reuters/Pool

Even before this year's Wimbledon, Roger Federer was already considered the greatest tennis player in history. Now, after that astounding, record-breaking eighth Wimbledon trophy, the title is undisputed. The 35-year-old Swiss is not only a legendary athlete, he's also a -- normal person. Devoid of any significant scandal in his personal or professional life, Federer makes it all look easy. What explains the man? We ask Roger Cohen, a foreign affairs columnist for the New York Times. He's a man of many talents who is also a tennis fan.

Over seven million Venezuelans voted yesterday in a symbolic referendum to reject the Maduro government's plan to rewrite the country's constitution, this after three months...

Healthcare nears the home stretch. Can it make it over the line?

Republicans pledged to repeal and replace Obamacare even before it became law seven years ago. Senate majority leader Mitch McConnell wanted a vote this week on the latest...

The might and magic of Roger Federer . What's behind the success of the greatest tennis player in history?