Sports parents: Balling out of control? 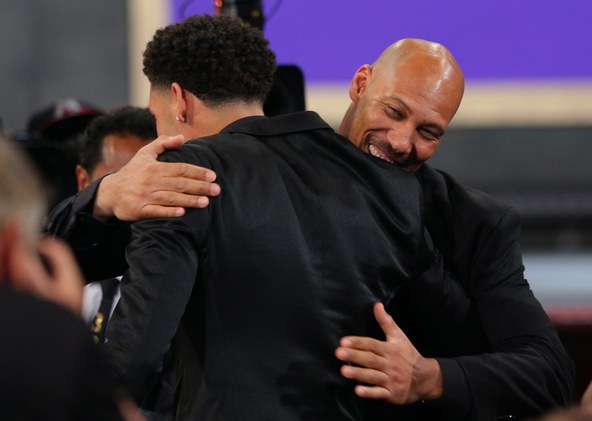 The Los Angeles Lakers have a new marquee player, or at least they hope they do. A 19-year-old phenom, Lonzo Ball is a magnetic point guard with incredibly accurate passing skills who just might bring the Lakers back from limbo. But along with the talented new Laker, the NBA - and the country - are getting LaVar Ball, Lonzo’s devoted father turned obsessive coach turned fanatical promoter. LaVar joins a long list of controversial father figures who sometimes take extreme measures to push their kids towards athletic excellence. But there’s also something new about his parenting style, as we hear from reporter Noam Scheiber of the New York Times.

Large wildfires are raging in eight states in the continental western United States. The southwest has seen a prolonged and severe heat wave that has affected that region...

As we head into the 4th of July weekend, when Americans celebrate not only the country's independence but its ideals and principles, President Trump's travel ban is...

Sports parents: Balling out of control?

Lonzo Ball (UCLA) celebrates with his father LaVar Ball after being introduced as the number two overall pick to the Los Angeles Lakers in the first round of the 2017 NBA...