George Harrison once called Ravi Shankar the godfather of world music. The classically-trained sitar player, who is credited with introducing Indian music to the Western world, has died at the age of 92. Many baby boomers came to know Shankar by way of the Beatles, but he was famous long before that and played with everyone from Philip Glass to John Coltrane. Shankar is the father of singer Norah Jones and Anoushka Shankar, who is a sitar player in her own right. Tom Schnabel, long-time host of a weekly music program on KCRW, has a remembrance. 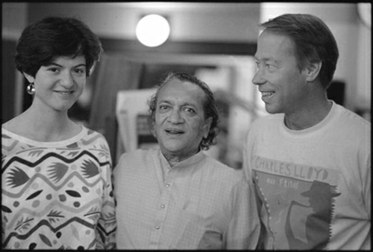 The Syrian government reportedly has fired scud missiles against rebel forces today, in an escalation of the conflict that has already claimed at least 40 thousand lives....