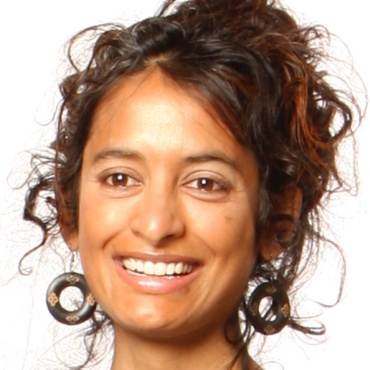 Deepa Fernandes, is an award-winning journalist who has reported from a dozen countries, from Peru to Cuba to East Timor. Fernandes has reported from inside rebel-controlled prisons during a Haitian coup, slum villages in Mumbai, and immigration jails across the U.S. Most recently Fernandes was the Early Childhood correspondent at Southern California Public Radio, KPCC. She won numerous awards for her reporting on children aged 0-5, including the L.A. Press Club's Radio Journalist of the Year for 2017 and 2018.

In 2012 she was a Knight Journalism fellow at Stanford University and she has an MA from Columbia University. She authored a book on immigration in 2007, Targeted, published by Seven Stories Press. In 2001, Fernandes founded People's Production House, aimed at diversifying the press corps and the range of voices heard in the media. Currently Fernandes is a correspondent at KCET's SoCal Connected, and files global stories for PRI's The World. Her work can also be heard on NPR, Marketplace, the BBC and the Australian Broadcasting Corporation. She is married to multi-media journalist, Matt Rogers, and they are raising two spirited small children in Los Angeles.

Investigating the death of a baby in foster care: Could it have been prevented? Investigating the death of a baby in foster care: Could it have been prevented?

More than a dozen children died in the last five years while in the custody of LA’s Department of Children and Family Services. Parents have no clear guidance on when it’s appropriate to send their toddlers and babies to day care centers. In June, Hossanna Pacheco graduated 5th grade over Zoom. Now the Pacoima tween is set to start middle school from a Chromebook on her living room couch. Panelists discuss Putin’s threats to use nuclear weapons in Ukraine, Florida Gov. Ron DeSantis sending migrants to Martha’s Vineyard, and if COVID is really over. LA City Council is considering a proposal to end COVID-era eviction protections. Landlords say they need the income amid inflation. LA has been preparing for more traveling patients seeking abortions. Meanwhile, anti-abortion advocates plan to now focus on states like California where the procedure remains legal. LA is experiencing another COVID surge. On an airplane of 50 passengers or in a restaurant of 20-30 diners, there’s a 90-99% chance that someone there has COVID, says Dr. Bob Wachter.