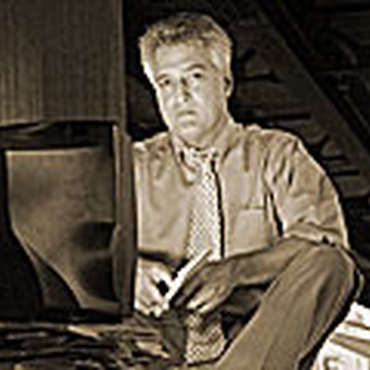 Host of Minding The Media

Nick Madigan is a reporter for The Baltimore Sun.  He was previously a correspondent for the New York Times, based in Los Angeles.

A New York City native, Madigan was raised in San Sebastian, Spain. He attended boarding schools in England and graduated in 1978 from the University of Wisconsin with a Bachelor's degree in Journalism. After serving a four-year stint as an editorial assistant at the New York Times, Madigan became a Caribbean correspondent for United Press International in 1982, covering events in Cuba, Jamaica, Trinidad, Barbados, the Cayman Islands, the Dominican Republic and elsewhere in the region. He was UPI's lead writer on the U.S. invasion of Grenada in October 1983, for which he received an award from the Puerto Rico branch of the Overseas Press Club. Madigan also worked as a staff reporter for The Palm Beach Post in West Palm Beach, Fla., The Outlook in Santa Monica, Calif., and Variety in Los Angeles, and continued his freelance contributions to the New York Times throughout the 1980's and 1990's.

Madigan received an award from the Florida Press Club for his eight-page special section on the aftermath of the 1985 Mexico City earthquake and a first-place deadline-writing award from the same organization for his stories about Haiti's struggle for democracy after the fall of the Duvaliers in 1986. He shared awards for stories about the 1987 shopping mall massacre in Palm Bay, Fla., the 1993 Malibu, Calif., floods and the O.J. Simpson case in 1995.

He has contributed to The Washington Post, The Christian Science Monitor, Newsweek, The Miami Herald, The Miami News, Conde Nast Traveler and Il Giornale, in Milan, among other publications.

He and his wife, Lauren Taylor Madigan, have an infant son, Sebastian. Looking at today's primary in New Hampshire, it's easy to see the extent to which Barack Obama has supplanted Hillary Clinton as the Democrats' front-runner, at least if you heed the… We all make mistakes once in a while. But for journalists, whose job often involves pointing out the errors of others, getting something wrong can be fatal to a career... In the top tier of glossy magazines, none covers celebrity, politics, culture and scandal with quite the panache of Vanity Fair. Its pages offer a slick, impenetrable view of a world… May. 19 from Press Play with Madeleine Brand Poetry teacher and performer Aiyana Sha’niel is the youngest graduate of the Community Literature Initiative program.