George Saunders: Lincoln in the Bardo (Part I) In the first of two conversations, acclaimed short-story writer George Saunders reveals that he had the idea for his astounding first novel many years ago. Saunders grew into the challenge of writing it which felt like walking onto thin ice. Lincoln in the Bardo (Random House) dramatizes a grieving President Lincoln as he visits the grave of his beloved son Willie, who died at age eleven. In the novel, the buried dead believe they're not dead " they're sick and refer to their coffins as "sick boxes." As in the tradition of The Tibetan Book of the Dead, they are suspended in a "bardo," a transitional space between life, death and whatever may come next. The novel is narrated by three men who died too soon: a man who experienced unrequited love with another man, a newlywed killed before sexual congress with his wife and a minister who failed to achieve a truly virtuous life. Their voices interweave and blend into a chorus urging young Willie to release his heart-broken father and move on to whatever is next. 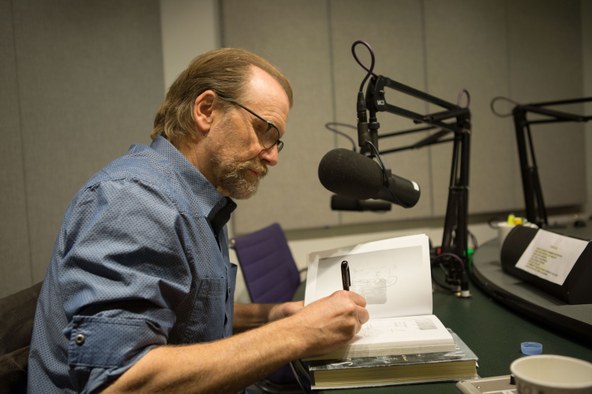