This is the second of two conversations about Lincoln in the Bardo. George Saunders' first novel boldly attempts to be as audacious as Walt Whitman by speaking for everyone and as astounding as Herman Melville by crossing racial lines. The dead are stuck in a "bardo" between life, death and what may come after. Their voices blend into a chorus as they sink into each other's spirits. Sometimes they inhabit the grieving President; sometimes they enter his dead son Willie's spirit. Much of American writing has been seeded by Biblical incantation – from Emily Dickinson's poetry, through Hawthorne and onto Jack Kerouack and Allen Ginsberg. Saunders acknowledges that this magnificent chorus is written in the rhythms of prayer. Known for the outrageous comedy of his acclaimed short stories, Saunders says that daring to write this novel about grief, loss and the journey of the soul was like jumping off a cliff. The endeavor required accessing an intuitive source of knowledge he has come to depend on throughout his writing career. (Part I aired March 23.) 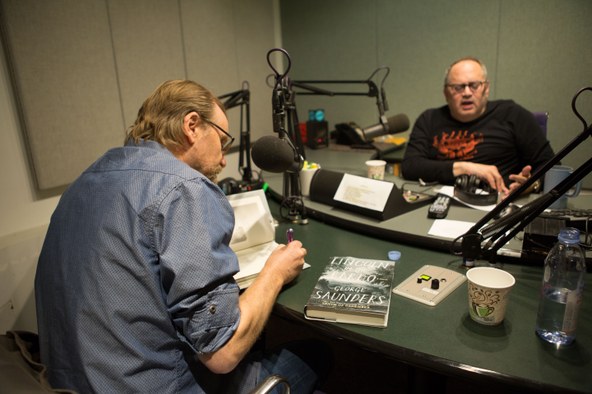