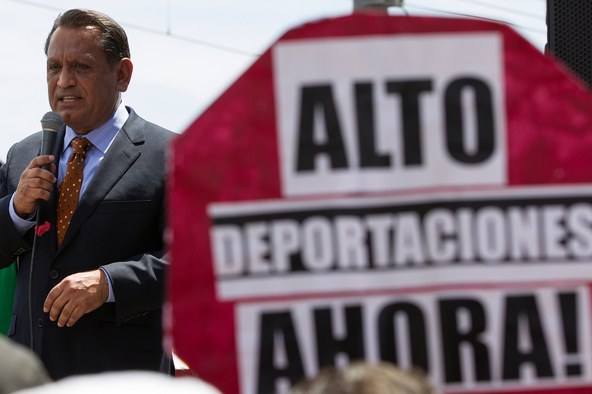 LA City Councilman Gil Cedillo has introduced a motion that would require companies seeking contracts with the City to publically disclose if they are also submitting contracting bids to build President Trump's border wall. He joins similar efforts in the city of San Francisco and in the state legislature. He cites past examples like the boycotting of companies that did business with South Africa during apartheid. But the LA Chamber of Commerce says it is "inappropriate" for the city to make a "value judgment" about the qualifications of the bidder. Besides, should such a test apply to companies who built parts of the wall for previous administrations?

Photo by Scott L LA City Councilman Gil Cedillo has introduced a motion that would require companies seeking contracts with the City to publically disclose if they are...

Private museums showcasing contemporary art are booming. Over 300 have been built since 2000, mostly in South Korea and China.

Atlas Of Emotions, an interactive tool designed to build emotional awareness, inviting users to visualize, identify and explore five primary emotions in order to gain a...