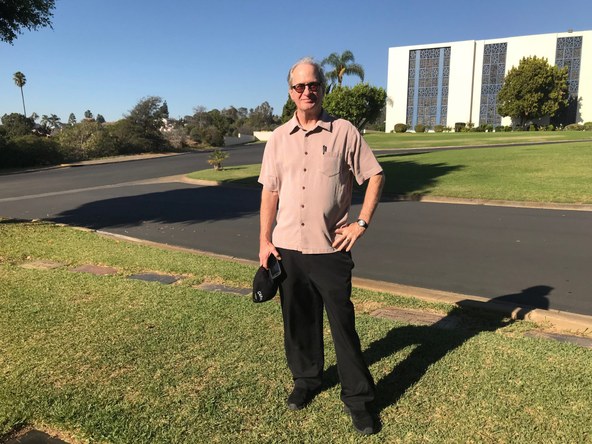 In movies and pop culture, cemeteries are often depicted with fog-enshrouded, weathered headstones and lots of creepy carvings. And it's as kitschy as the Halloween holiday itself has now become.

But what about actual cemeteries? Turns out they have gone through many design and planning changes in tandem with changes in our culture. They're also becoming taller and denser, much like cities themselves.

That's according to David Sloane, author of the forthcoming book Is The Cemetery Dead?"

DnA met with him at Holy Cross Cemetery in Culver City, which has both the "suburbanesque" landscape of a memorial park, with lush, rolling green hills and gravestones flush with the ground, and the densified mausoleum where corpses are placed in crypts and cremation urns are placed in niches, stacked on top of each other.

He also told us about what it was like to grow up in Oakwood Cemetery in Syracuse, New York, where his father was the superintendent. Friends, he says, were not so keen on coming for sleepovers!

Sloane will speak about changing burial and grieving practices at a conference at USC on November 11 called Under LA: Subterranean Stories.

This is one of the three border wall prototypes constructed that people are able to see through because at least the bottom half is made of spaced steel bars. Photo by...