These include a bill that limit cities’ ability to block new construction, a bill to make it easier to build accessory dwelling units or ADUs, also known as granny flats, and a bill that will limit “downzoning,” the practice of reducing the number of units that can be built in a residential area.

So does all this mean the housing crisis is solved?

DnA asked Angela Brooks and Larry Scarpa, the principals of a highly regarded firm that has been designing housing at all income levels for years.

Dense-City, an exhibition of their work opens this weekend and they have just released the NEST Toolkit, a kit of parts of prefabricated building elements that are intended to be “scalable and adaptable for use on any combination of typical urban lots,” and speed up construction of supportive housing for the homeless.

They’ve been watching the housing bills in Sacramento closely. 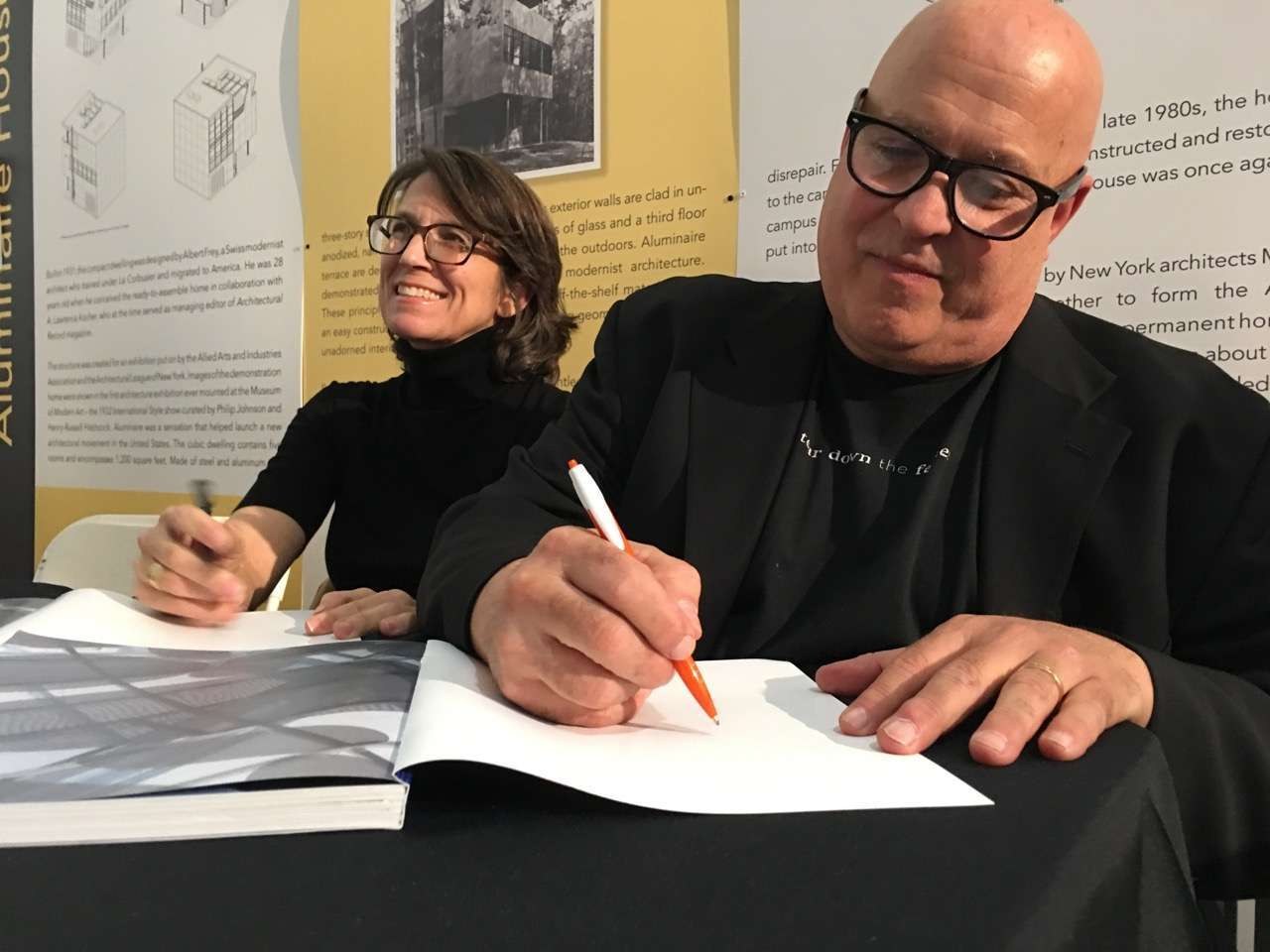 Angela Brooks and Larry Scarpa have been designing housing -- with architectural flair -- at all income levels for years. Photo courtesy Brooks + Scarpa

“I think they're all very good because we need all the help we can get,” said Brooks. “But I believe that no one's talking about the elephant in the room which is zoning.”

Brooks points out that half of the developable land in Los Angeles is R1 zoning, which means it’s reserved for single family homes.

The bill to streamline ADU construction is “a great start,” Scarpa added. “If you look at the numbers of building I believe it's more than a million units by 2025. That equates to a little over 1,900 units per day. It's a lot. So we need everything we can get.”

While critics of density say that upzoning will add to parking and traffic issues, Brooks says we already have density, it’s just illegal.

“We already have two families, three families living to a house in some of our communities. We already have people living in garages. It just isn't seen as a legal dwelling unit,” she said. 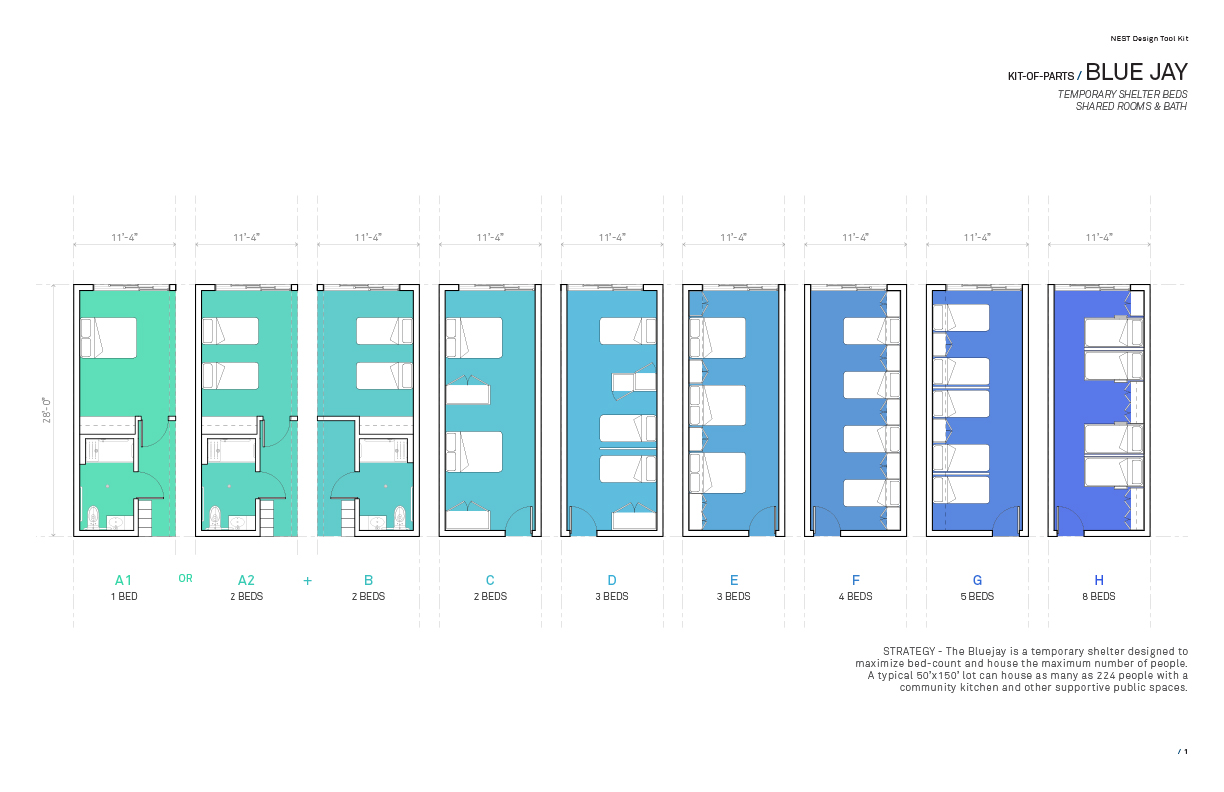 One of the main reasons affordable housing can cost more to build than market-rate housing is because of all the requirements attached to using public money, which architects and developers need in order to make a project pencil out.

These are so-called “soft costs” and they were ridiculed even by comedian Bill Maher in his New Rules who said that when HHH was passed in 2016, housing units were projected to cost $140,000 and now “the cost for each unit has risen to 531k... about 40 percent of that cost goes to something the city calls soft costs. And I call BS costs. Layer upon layer of middlemen: inspectors, contractors, lawyers, lobbyists and, oh yes, labor unions too, and my favorite, consulting…”

Brooks agreed, adding “there are all these other layers of regulation upon regulation, consultants upon consultants. Most of our affordable housing projects have four or five different lenders with different regulations, different timelines. The fact that we don't have zoning which allows us to build ‘by right’ means that we have to go through an entitlement process which means we have to ask for approvals.”

“Which as a consequence we generally work out of fear as opposed to hope,” Scarpa added. “So we are always running scared about doing things and we always tend to lean towards the very conservative view.” 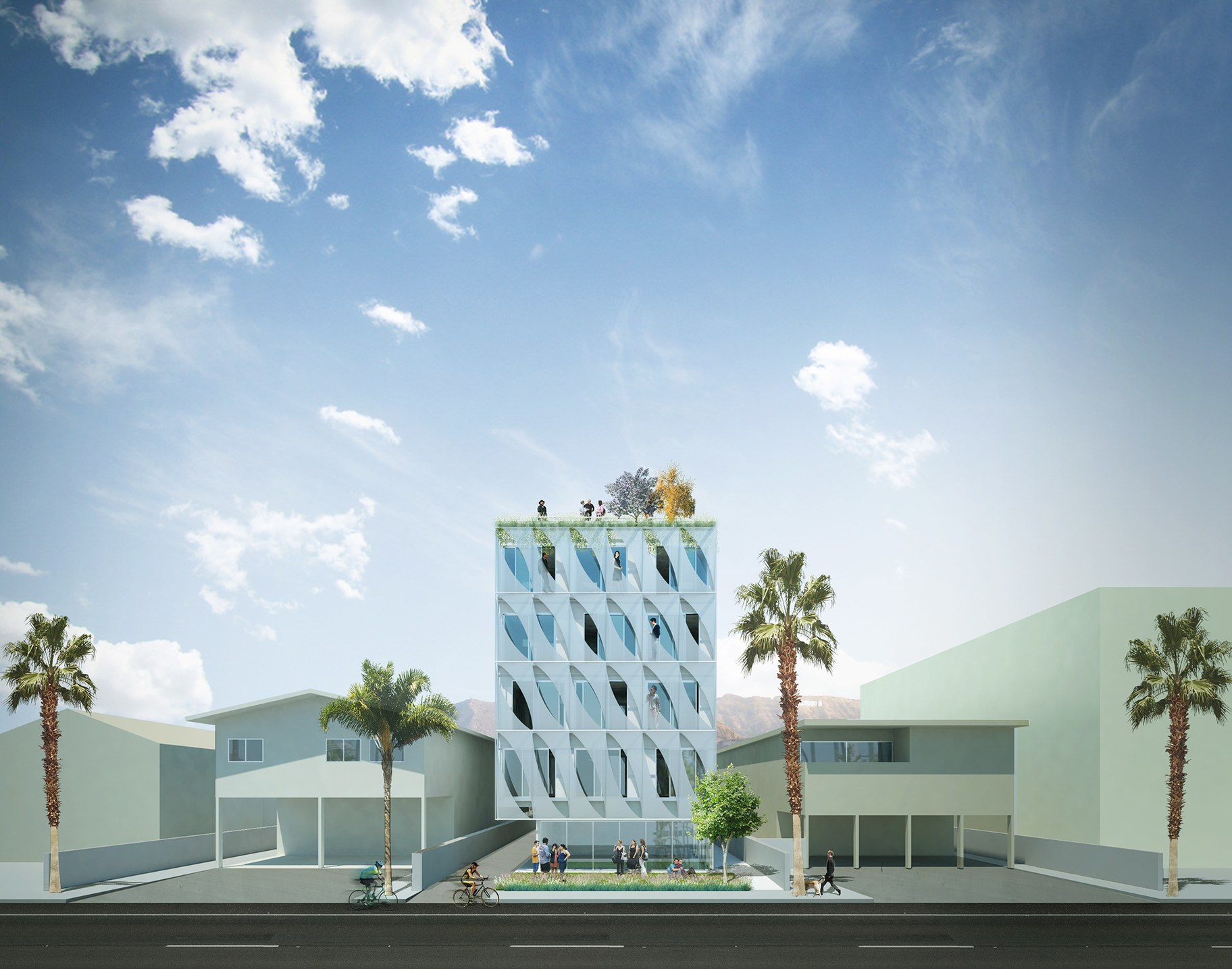 Brooks + Scarpa have an exhibition that opens this weekend at 18th Street Art Center’s Santa Monica Airport gallery. In conjunction with that show, they have published the NEST design toolkit, named after the nesting habits of birds. They are working with Plant Prefab, a spinoff company of LivingHomes, a locally-based modular prefab housing design firm.

The idea of the toolkit is to take the custom prefab home building process and tailor it to affordable housing. Because most urban lots are roughly 50 by 150 feet (or along that ratio) with similar setbacks, the toolkit can be easily scaled and adapted. The skin of the project can be tailored to fit the neighborhood or community that it’s in.

The benefit of prefab, which is becoming widely promoted in by architects and developers, Brooks said, “is it shortens the construction time. So construction time is money and if it takes 20 months to do a typical project and you can do it using prefab units and cut that down to four months or three months, then that saves a lot of money.”

But to really bring down the cost of construction, Brooks and Scarpa say the process of designing and permitting a project needs to be reformed through upzoning. The time it takes to get entitlements can often take years, because the city’s master plan hasn’t been updated in 50 years.