“Slippers and Wire” by Hassan Sharif. Photo by Frances Anderton/KCRW

It’s hard to image the Middle East and the Persian Gulf without oil. The production of oil has shaped the suburban development and car dependence of the region, along with the consumption of plastics, a synthetic material derived from petrochemicals.

So it’s fitting that the Jameel Arts Center, Dubai’s newest contemporary art space, should choose for its inaugural topic the impact of oil on the region. Murtaza Vali curated “Crude,” which he says “is about the role that oil has played in shaping geopolitics, economics, and social and cultural forms in the Middle East.”

“The idea is that oil is all pervasive but oil is also somewhat insidious,” Vali adds. “There is an infrastructure in place that holds it and moves it. But that same infrastructure also hides it. And to me that invisibility is what allows it to continue to dominate our lives.” 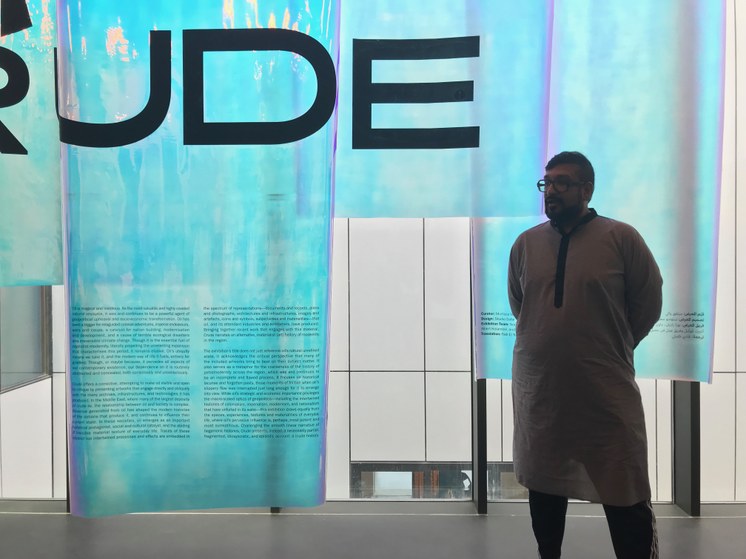 Murtaza Vali, curator of ‘Crude,’ the inaugural show at the Jameel Arts Center in Dubai. Photo by Frances Anderton

One artwork consists of a miniature wooden barrel of oil made by Venezuelan artist Alessandro Balteo-Yazbeck, and its price fluctuates with the futures price of oil on the NYMEX.

“His idea to some degree was to reveal the arbitrariness of the value of oil, that oil itself does not only have intrinsic value, that part of its value is created through social relations and through the value we ascribe to it. It kind of asks us as viewers, what are we going to do in the future as we run out of oil, or oil becomes prohibitively destructive to use, which I think it already is,” Vali said.

“He basically took these very bright luridly-colored rubber slippers and he would cut them up into smaller pieces and then basically string them with copper wire and it's just a big pile of that. So this practice has often been read as a critique of consumerism. But what it seemed to me was the materiality of it also indexed this kind of like material transformation that oil enables through the advent of specifically a plastic, consumer universe,” Vali said. 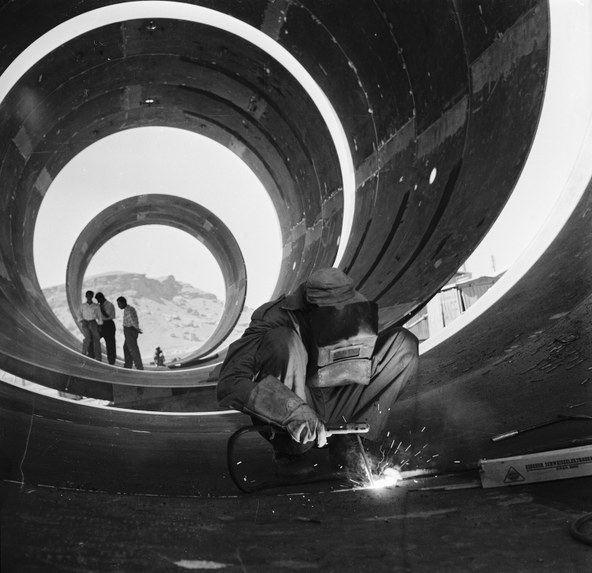 An emerging theme is that oil unites Southern California and the Persian Gulf.

“It was Southern Californians who went out there in the middle of nowhere and discovered oil,” said John Rossant, the founder of LA CoMotion, a conference and trade show about alternative mobility in car-dependent cities like LA and Dubai, adding, “the first oil towns were modeled after [and] looked exactly like a suburb of LA.” s

And now oil destroys. In recognition that the car and convenience-based lifestyle derived from the gloopy black stuff is no longer tenable in either Dubai or LA, efforts are underway to ring in the changes.

Rossant founded LA CoMotion, a conference and showcase of alternative transportation held mid-November in LA. It was attended by mayors, transit planners and mobility designers from all over the world.

“We firmly believe, and many people share this belief that, one, there is a mobility revolution that is starting to happen on a global basis. And two, Los Angeles for a wide variety of reasons is going to become one of the critically important epicenters and the kind of ground zero of that revolution,” Rossant said. 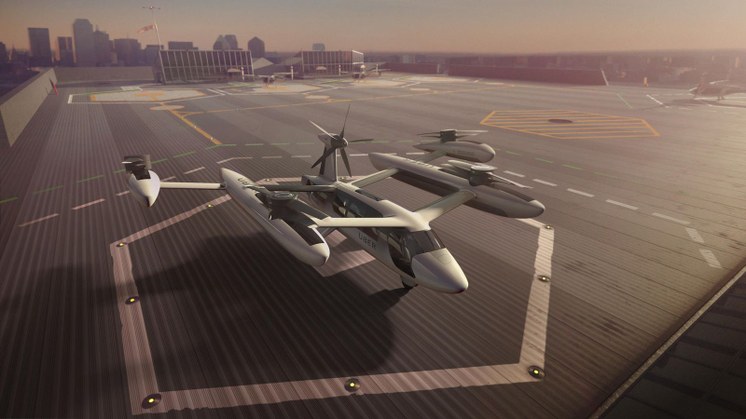 Uber's latest design for its electric vertical takeoff and landing (eVTOL) concept, a flying car for a proposed UberAir urban aviation ride-hailing networks, which it estimates will arrive in partner cities (including Los Angeles and Dallas-Fort Worth) by 2023

Rossant outlined how dockless electric scooters are just the beginning of this mobility revolution, which may lead to eVTOLs: electric vertical takeoff and landing aircraft -- “a big drone which can take passengers and it will be electric, it will be silent, it will be pilotless ultimately” -- and in one vision of the future, Rossant says, “you'll hop in one of these electric flying vehicles and it'll take you from downtown to Santa Monica in six minutes.”

Meanwhile, the US and UAE have just announced that the US Pavilion at the 2020 Expo, taking place in Dubai, will be themed “What Moves You? The Spirit of Mobility.”

Design in Dubai, Mobility in LA

It’s hard to image the Middle East and the Persian Gulf without oil.

DnA recently made a first time visit to Dubai, and went armed with preconceptions; among them: flashy Dubai imports overseas design culture; and, women in the region are...