DnA recently made a first time visit to Dubai, and went armed with preconceptions; among them: flashy Dubai imports overseas design culture; and, women in the region are oppressed by their culture and dress.

The reality of course was far more complex, and very interesting. And like designers in fast-changing cities around the world, many are looking to strike a balance between modernity and local tradition.

Evidence of this could be found at Dubai Design Week, now in its fourth year and pushing regional voices, a revival of crafts and more sustainable production.

In one of a cluster of pavilions showcasing work from around the Persian Gulf under the theme “Abwab” (doors), DnA met Ahaad Alamoudi, a designer based in Jedda, Saudi Arabia.

She lured visitors in with a haunting sound installation intended to evoke the song of the pearl divers of Saudi Arabia's past. And pearls were inspiration for milky silicon vessel as well as furniture pieces by co-creators Lina Saleh and Sana Alabdulwahed.

Exploration of heritage was a theme for Alamoudi and many other Gulf region designers at the Dubai fair.

“There's always this kind of return to -- or highlighting of -- our heritage because of so much globalization that is happening right now. Returning to these elements brings us all together and highlights who we are within the space and gives us a form of identity as well,” Alamoudi said. 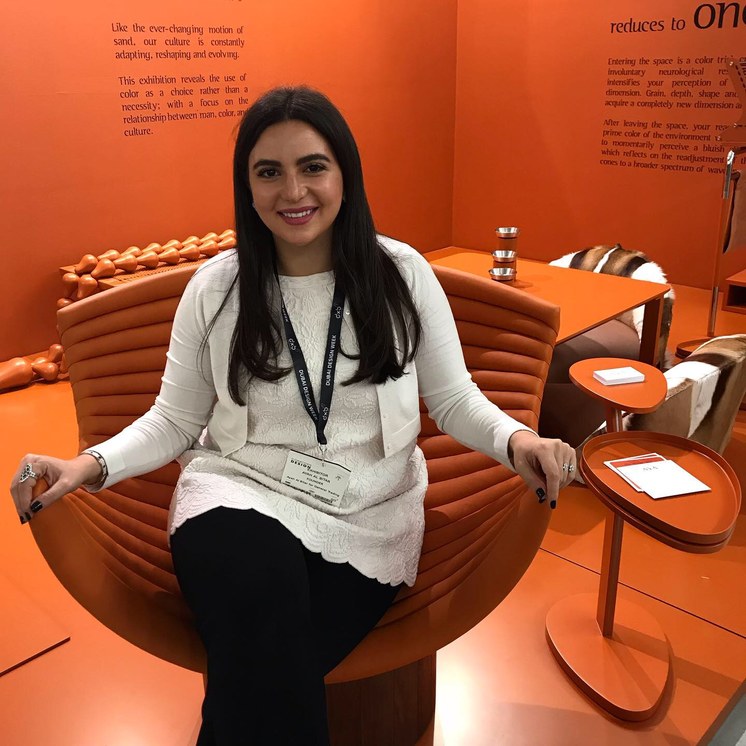 Ayah Al Bitar, a Saudi furniture and product designer based in Dubai. Photo by Frances Anderton

Also at Dubai Design Week was Ayah Al Bitar, a Saudi furniture and product designer now based in Dubai after studying in New York.

Bitar’s installation consisted of chairs, benches and wall coverings all in burnt orange. The chairs were legless, essentially a seat and back on the ground, covered in recycled Springbok skin.

That is because her market is primarily in Saudi Arabia, where, “most of the culture is indoors. We don't have much to do outdoors because cities have never been designed for people to be out.”

As a result, she says, “everything happens inside the household. So they invest a lot in the furniture... They care so much more than any place in the world because their houses are always open to guests and people.”

However she hopes her new spin on traditional floor seating will appeal to other communities that also like to sit close to the ground: the Danish and Japanese, for example, and children. 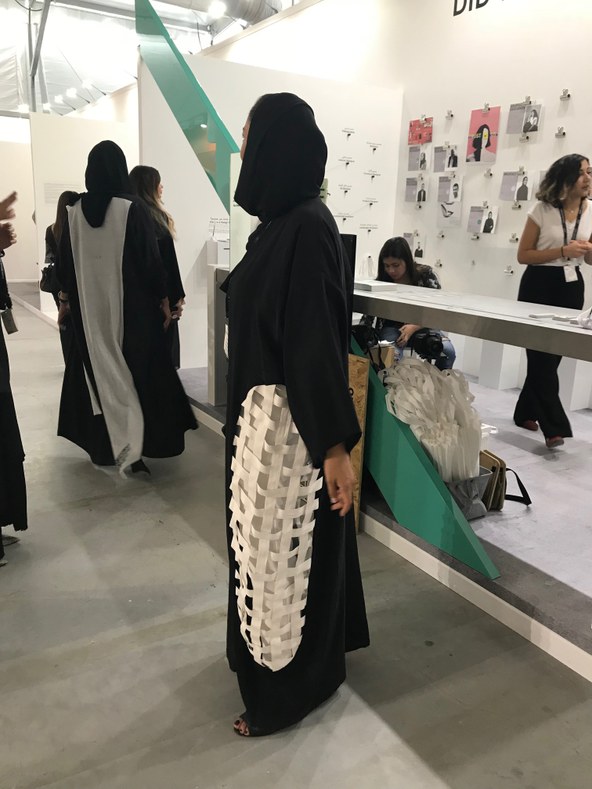 For Muslim women like Mashael al Ali, founder of Re: Urban Studio in Dubai, covering up is a choice in the UAE, and one she makes with style (in this abaya by La Fifi). Photo by Frances Anderton

These encounters took place against a mental backdrop of the global uproar over the murder of the journalist Jamal Khashoggi in the Saudi embassy in Turkey.

But for young Saudis, the country’s king MBS, or Mohammed bin Salman, is ringing in welcome changes for young people like Bitar and Alamoudi.

Already the United Arab Emirates has pushed women to “the front force of certain things,” says Bitar, adding that in Saudi Arabia too, “the young generation is really putting their foot down and things are changing.”

When asked about Western concern at Islamic strictures about clothing, both Bitar and Alamoudi say the hijab and abaya are misrepresented as a limitation when to the wearer they bring freedom (from the male gaze, from hyper-sexualization of the body, from needing to spend hours dressing to perfection each day), as long as they have a choice.

Bitar says that “when I wear it I feel so proud that I'm wearing it because I'm not forced. So it is a beautiful traditional cultural garment. But as long as it's not forced upon us, then we do love to wear it. It's very representative of us.”

Alamoudi, the sound designer, says, “I don't wear a hijab. But within the Kingdom, within Saudi, I do cover up just as a form of respect to my traditions, to my family, but it's nothing that I feel compelled to do.”

The trip to the UAE was arranged by the nonprofit Middle East Institute and sponsored by the UAE Embassy in DC.

Design in Dubai, Mobility in LA

It’s hard to image the Middle East and the Persian Gulf without oil.

DnA recently made a first time visit to Dubai, and went armed with preconceptions; among them: flashy Dubai imports overseas design culture; and, women in the region are...