Chen first opened a store trading in Chinese antiques on Melrose Place over 40 years ago, and now owns three spaces totaling around 65,000 square feet on Highland Avenue. JF Chen contains a huge and eclectic collection of carefully chosen and carefully staged chairs, tables, sofas, armoires, sculptures and odd artifacts encompassing painted Italian, English Regency and midcentury modern. In Chen’s words he has “dabbled in 30s, 40s, 50s and all the way to the 80s,” becoming along the way a leading collector of Memphis designer Ettore Sottsass.

Now Chen is thinning his collection by a tiny amount. Later this month over 300 of his prize pieces will go on sale at Christie’s auction house. Among the objects to go on the auction block: a Sam Maloof rocking chair, an 18th century Chinese blue and white ‘Lotus’ vase, a Carlo Mollino chair, a desk lamp by Greta Magnusson Grossman and two vases by Sottsass.

While Chen says he is very flattered by Christie’s interest, this validation comes as no surprise to his longtime followers, who include interior designers, museum curators and individuals, from the late Gene Kelly and Elizabeth Taylor through to Moby, Justin Timberlake, Adele, Robin Williams, Ellen deGeneres and Kanye West. West, by the way, is a fan of 40s and 50s French furniture such as the designer Jean Royère.

DnA talks to Chen about a life in antiques -- launched by a perceived racial slight -- and hears from his daughter Bianca about growing up with a design connoisseur father who created a beautiful bedroom but “all I wanted was to put up my Depeche Mode posters on my walls and he would not let me.”

They also share how they are adapting to a industry now dominated by the internet -- where you can find everything online and buy something in three seconds, but the thrill of the hunt is gone, and today’s shopper “no longer needs to go anywhere.” 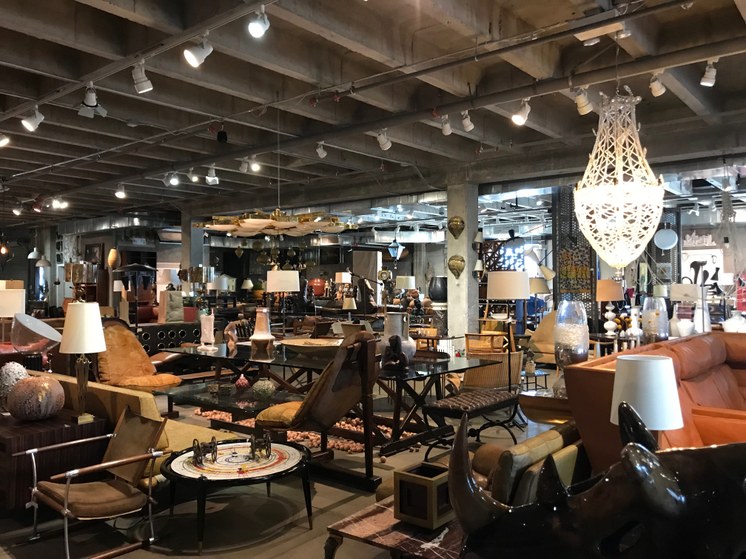 You can love or hate its cheap, cheerful furnishings, but “if it wasn’t for IKEA, most people would have no access to affordable contemporary design.

Echo Park might be considered a case study in gentrification, from the renovation of its lake to third-wave coffee shops lining Sunset Boulevard.