Houses and housing take many forms in LA, and that includes living on boats in the Southland’s marinas.

So what’s it like to live on a yacht or sailboat? Is it affordable and how do you make it happen?

In the third report in our series “This is Home in LA: From the Tent to the Gigamansion,” DnA examines the life of “liveaboards” at Marina del Rey.

They introduce us to the charms and the challenges of living on water, as well as a reality check about costs, which include buying a boat, paying monthly liveaboard fees and mandatory maintenance of the craft.

“It’s one of the best little secrets, and hopefully still will be, because as they do all this new construction, they're opening new marinas. But it is amazing to have this view... it's a very upscale way to live at a small price,” Cermak tells DnA.

For some people a boat is their second home, for others its their first and only home -- and in one marina that home was almost taken away. The management company for Wayfarer Marina threatened eviction of its 300 liveaboarders, so as to make way for renovations of the slips and the apartment buildings.

The eviction notices were rescinded but the experience reveals the changes coming to Marina Del Rey, founded in 1965, as many of its 23 marinas upgrade apartment buildings and slips to provide homes to the influx of tech employees on the Westside, and meet demand for bigger park spots for bigger boats, more power, technology and creature comforts.

Ben Halfon, a liveaboard since 1972, tried moving onto an adjacent apartment -- “I thought, well, before I die, I'll try to live on land just to see what it's like.”

But he returned to his 30 feet sailboat, saying he didn’t meet anybody and he badly missed “the camaraderie about the people that live on boats.” 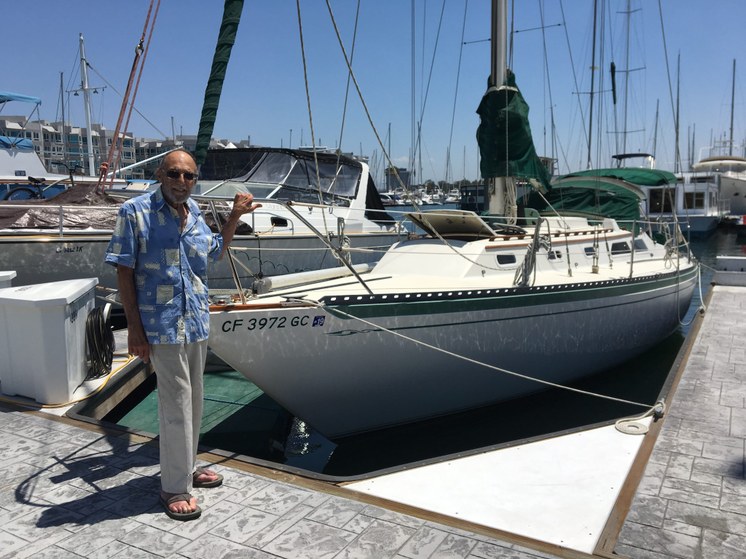 Houses and housing take many forms in LA, and that includes living on boats in the Southland’s marinas. So what’s it like to live on a yacht or sailboat? Is it affordable...

If you were going to a protest who might you turn to for inspiration for your poster? Perhaps Emory Douglas.