If you think micro-units are small, Podshare takes living small to the extreme. For as low as $50 a night, you can rent a “pod”, aka a bunk bed, in a large room with other people -- nicknamed ‘podestrians.’ DnA sent reporter Joanna Clay to spend a night at Podshare’s Venice location.

Elvina Beck founded Podshare in 2012 as a startup that she describes as a “membership-based live and work community.” But what does that really mean? Podshare pushes “access not ownership” across their platforms. By buying a pass to one of Podshare’s locations, you can stay at any location during your “membership,” which can range from a few days to a few months. Podshare can also be used as a coworking space. For $15 a day, you can use any of the facilities and all shared amenities until 10 p.m.

Who is the average podestrian? Beck says travelers do make up a big chunk - about 60 percent - of Podshare’s guests. The rest of the users fall into two groups: transitional and temp. People that fall into the transitional category are staying while they look for a job or hunt for housing, while “temps” usually stay for a few days or weeks while on vacation, work, or school and then go back to where they’re from. 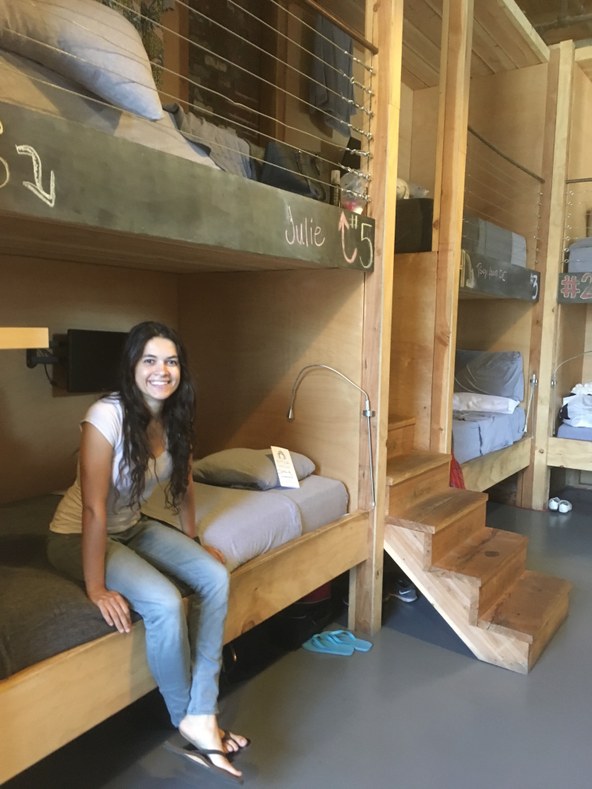 You might think that Podshare is essentially a hostel. Beck prefers to avoid that word.

Beck is a podestrian herself, starting with her first location in Hollywood.

“Ever since then I've just bounced around. Like last night, I was in Venice. Tonight I’ll probably stay here downtown and I just I take whatever pod is available, or if no pod is available, I sleep on the couch.”

There are some rules podestrians have to follow, which Elvina observes as well. 10 pm means quiet time and lights out. You can’t talk on your phone or make noise until 10 am. Oh, and no sex. That’s a pretty important rule considering privacy is not included in your membership.

Currently, there are five locations to choose from: Hollywood, the Arts District in downtown, Los Feliz, Westwood, and Venice.

Westwood is the biggest with 90 pods while Los Feliz and Hollywood have 10 or less. Venice offers the most amenities.The current rate is $50 a night, but if you want to stay in Venice, you’ll have to dish out another ten dollars a night. 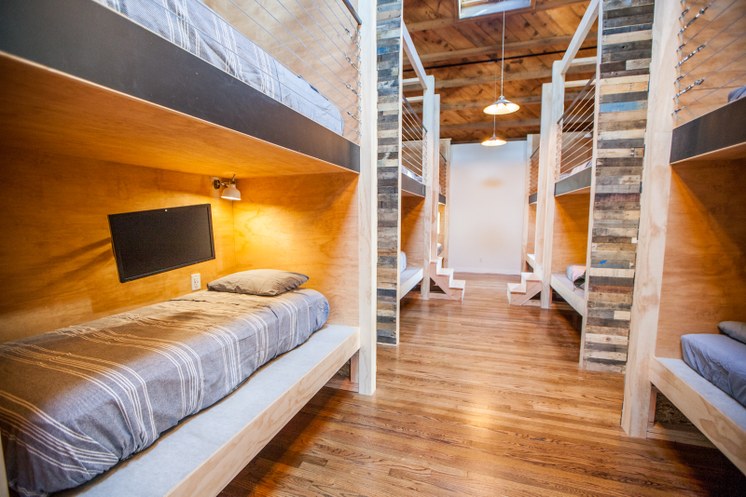 Los Angeles is usually a leader in housing innovation, but when it comes to welcoming “micro-units,” the country’s second largest city trails behind cities such as Seattle,...

If you think micro-units are small, Podshare takes living small to the extreme. For as low as $50 a night, you can rent a “pod”, aka a bunk bed, in a large room with other...