Anyone with kids knows that they come with a lot of… stuff.

“From the first minute you have a child you have to buy all of these new things to accommodate your child: strollers, toys, highchairs, all of that. And so childhood you know in the western world, in America, is design,” said Alexandra Lange, a design and architecture critic for Curbed.

She’s also a mother of two young children. And she saw an overlap in those two parts of her life, which she explores in a new book called “The Design of Childhood: How the Material World Shapes Independent Kids.”

The book considers the evolution of children’s toys and playgrounds, and how kids fit into urban planning models. But she opens with a description of a children’s book entitled “Not A Box.” In it, a rabbit plays with a cardboard box and imagines it to be a number of different things. “It's a burning building. It's a house on top of an elephant. It's a rocket ship. And I just feel like the book in really beautiful, really simple drawings just illustrates how marvelous a cardboard box can be for a child.”

Lange talks about “good” toys, ranging from the classic wooden Froebel blocks through to Legos; the movement now to “make playgrounds risky again” in the face of legal liability and parental anxiety; and her struggle between desires for children to have maximal freedom in undesigned spaces and for them to play with toys and in spaces that tend to be rooted in Modernist principles of abstraction.

Along the way she discovers that her assumptions about what is “good” for children is not always embraced by children themselves: her own kids reject wooden blocks! 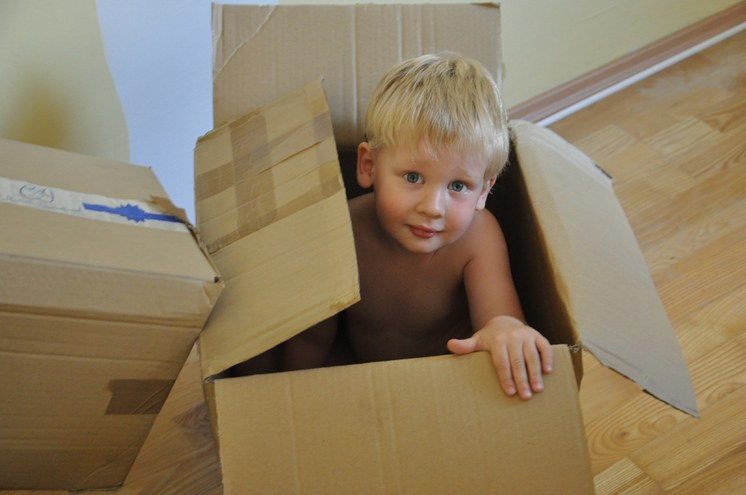 Alexandra Lange, author of “The Design of Childhood,” tells DnA “how marvelous a cardboard box can be for a child” because it’s a blank surface upon which a child can project so many things.

Orange County Museum of Art closed its doors this weekend in Newport Beach. It will now move to a temporary location in South Coast Plaza Village in Santa Ana.

Anyone with kids knows that they come with a lot of… stuff. “From the first minute you have a child you have to buy all of these new things to accommodate your child:...