This week the first full-length trailer was released for “Crazy Rich Asians,” a film opening in August. It’s based on the bestselling rom-com of the same name by Kevin Kwan. “It's really the Downton Abbey of Asia. This is a family story it's about a ridiculously rich clan that's been privileged for generations,” Kwan said.

The book details the relationship of Rachel Chu, an American-born Chinese woman, who falls in love with Nicholas Young, a fellow professor at NYU. When he invites her to a wedding in Singapore, Kwan says, what she assumes is just a summer holiday turns into “Pride and Prejudice in Asia” when she realizes “his family is richer than God and he's sort of the Prince William of Singapore, or of Asia, really.”

The popular novel invites readers “to just see the clash of cultures and get a peek behind the scenes of this very privileged class of people that exist in Asia,” Kwan says, and he worked with the film’s costume designer Mary Vogt and production designer Nelson Coates to get the fashion and food and sets just right.

“Basically you try to become the expert in whatever your subject matter is,” Coates tells DnA, adding that it was an “unbelievable, unabashed joy” to work on this movie.

He had to do extensive research into the fashions, art and tastes of the Chinese diaspora, including the specifics of the old Peranakan culture in what is now Singapore.

This promoted DnA to ask if below the line talent such as designers should hail from the community the movie depicts.

After all, issues of identity are front and center right now, in the era of #OscarsSoWhite and the Academy’s campaign to boost diversity. And the relevance of identity to design is going to be a focus of upcoming DnA shows.

Coates says that even as a good designer can do the research, he’s certainly been thinking about this issue in his role as head of the Art Directors Guild.

“As designers we should be able to go beyond just our particular cultural touch points,” he said. “I've always hired a colorblind crew. That's always been a very, very strong concern for me. Just because you get different perspectives.” 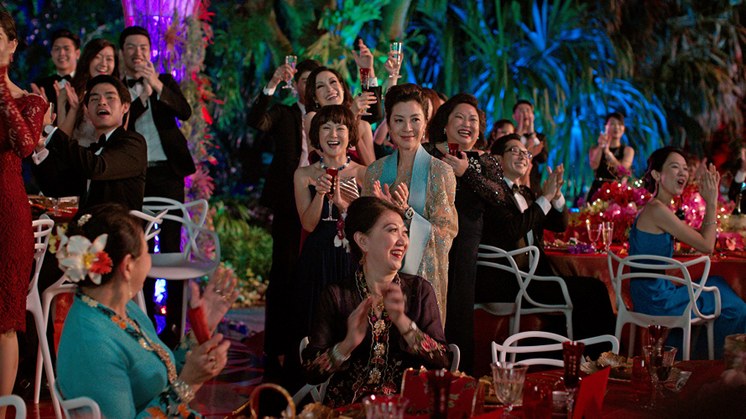 While President Trump sends out tweet after negative tweet about Mexico, designers are preoccupied with the country -- for its food, fashion, architecture and products that...

This week the first full-length trailer was released for “Crazy Rich Asians,” a film opening in August. It’s based on the bestselling rom-com of the same name by Kevin Kwan....