As part of DnA’s series “This is Home in LA,” we’re finding that designers and builders are trying to work around a Rubik's cube of obstacles. And that is particularly so in the very housing type that should be as inexpensive to build as possible: affordable housing.

Affordable housing is a building type that has attracted some of the top designers in LA over the past couple decades.

DnA talks to the creators of “affordable” housing about aiming for a great quality of life -- and making it pencil out.

An affordable housing project called Mosaic Gardens at Westlake had a grand opening in June.

It has 125 units for formerly homeless families, low-income people and seniors. It also has supportive services like job training and mental and physical health centers.

“It just goes to show that you can have quality design and you can live in a quality structure at the urban core no matter what the socio-economic level,” said Councilman Mitch O’Farrell.

There’s fierce competition to live in projects like this. Chang says over 10,000 people downloaded for the initial lottery for the 60 affordable homes for families and seniors earning up to 60 percent of area median income. 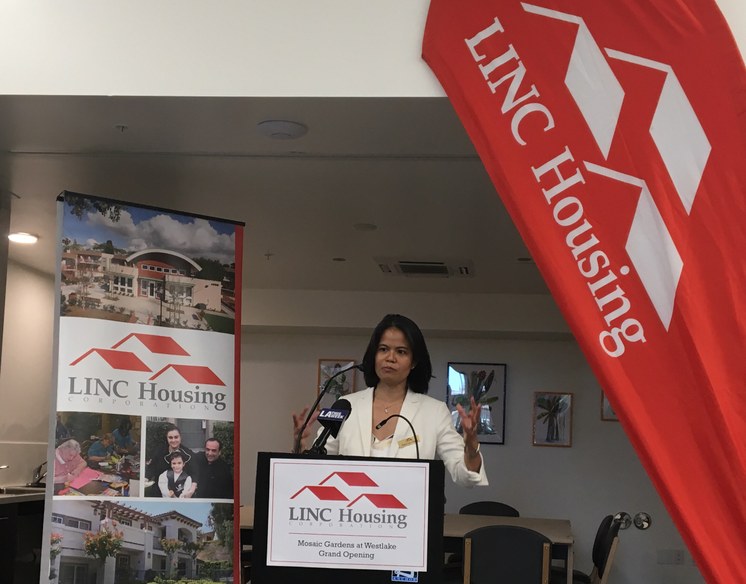 Suny Lay Chang, the COO of LINC Housing, speaks at the grand opening of Mosaic Gardens at Westlake, a 125-unit project for formerly homeless families, low-income people and seniors. Photo by Avishay Artsy.

Financing is also a complicated process, with Mosaic Gardens receiving as many as a dozen funding sources, including public dollars at the federal, state, county and city level, along with private dollars.

“It took us five years to put this deal together. It's an incredibly complex process,” Chang said.

Several prospective new tenants spoke at the Mosaic Gardens opening, and expressed their appreciation for being given a place to stay.

The architect, Mark Lahmon is a longtime builder of housing at all income levels and says it’s days like this that make his work exciting.

“I have a hard time not tearing up listening to their stories. It's overwhelming,” Lahmon said. “I also do market-rate housing. I absolutely love doing this type of work more than anything else because it truly makes you feel like you've made a difference in the world when you go home.”

But affordable housing units can routinely cost more than $400,000 dollars to build.

Rushmore Cervantes, the General Manager of the Los Angeles Housing and Community Investment Department, says there are several reasons for these high costs: the price of land, the cost of construction materials, compliance with environmental standards, rules that require developers to hire union labor, and the competition for that labor.

“So we are in some ways a victim to the health of this economy by virtue of the large amount of construction that’s going on in the region, therefore you’ve got subcontractors that can get top dollar, that also drive up the cost for us,” Cervantes said.

Many builders of affordable housing will tell you there’s another obstacle: regulations.

“My team worked overtime in breaking through the red tape,” Councilman Mitch O’Farrell said. “We handheld the project team through its permitting phase to get this thing off the ground.” 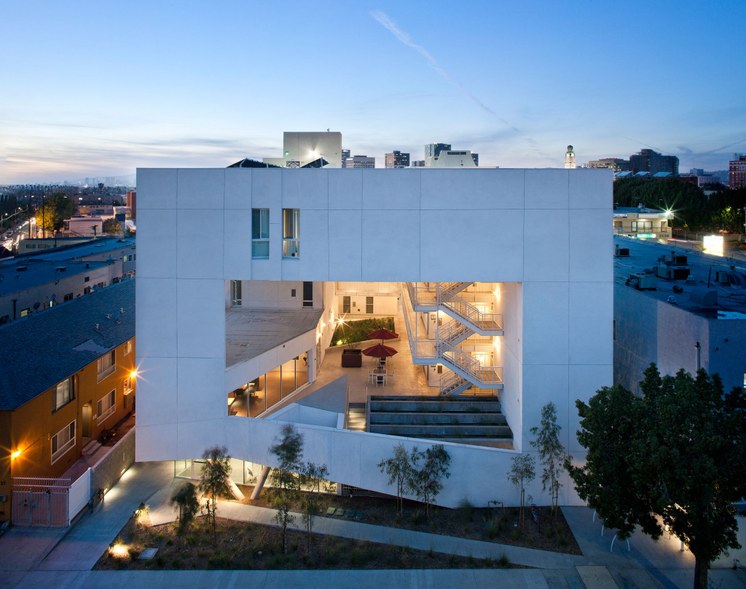 The Six offers 52 homes for the formerly homeless, with 18 of them set aside specifically for veterans. Brooks + Scarpa designed the building for nonprofit developer Skid Row Housing Trust.

“We started with affordable housing 20 plus years ago. And frankly it was a type that little suffered from good design,” co-founder Larry Scarpa said. “Well, fast forward 20 years and the tide has changed. Now you see a lot of the bigger names in architecture producing extraordinary buildings that are award-winning buildings in that arena.”

For example, Scarpa points to an affordable housing project his firm built in Venice.

“And just down the street we did a multimillion dollar custom home that has no air conditioning in it. It's by the ocean. You know, you get the breeze. Well, we were forced to put in air conditioning in all those units to the tune of north of $300,000,” Scarpa said. “So it's not design that's driving the cost on affordable housing. It's the regulations and the overburdensome regulations of them.”

His partner Angela Brooks added, “for us, good design is something that we all believe in and like. It's having natural light into your dwelling space, having social spaces with which to talk to other people if you want to, having a proper entry sequence from the street so that your door is not right on the street.”

Those are the features you can find at The Six— as well as a dramatic form. But being innovative in Los Angeles is challenging, Scarpa said, with stringent restrictions on the use of new materials

Still, ambitious architects are drawn to building affordable housing because they want to make a difference in the community.

“We believe that we should be providing it,” Scarpa said. 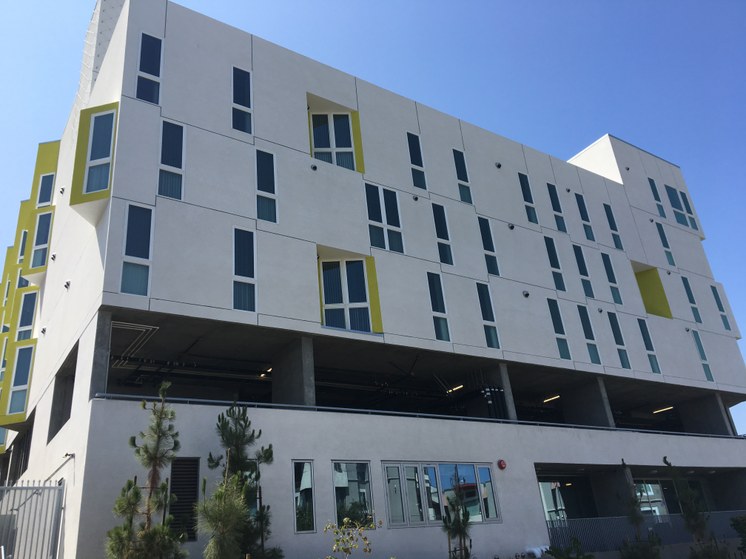 Affordable housing in Los Angeles can be ambitious in design and liveability, but also costly. That’s because it’s produced by non-profit developers who have to meet a bunch...