In 2004 Daniel Joseph Martinez built a replica of the cabin occupied by Ted Kaczynski, known as the Unabomber. Every time it's displayed, he repaints it in the seasonal colors recommended by Martha Stewart Living magazine. 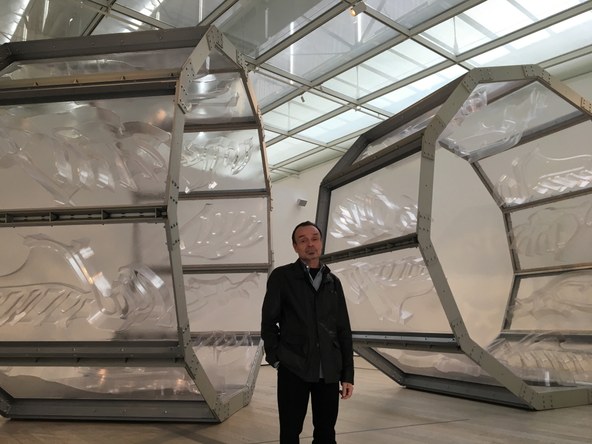 Artist Daniel Joseph Martinez stands in front of his LACMA installation
"the west bank is missing, i am not dead, am i."
Photo by Avishay Artsy

This installation, called "The House America Built," is one of many pieces of art on display in the new LACMA exhibition HOME — So Different, So Appealing, the inaugural show in Pacific Standard Time: LA/LA. DnA talks to Martinez about why he fused these two Americans in one artwork; and we talk to co-curator Pilar Tompkins Rivas about the idea of home, a concept that, in her words, "can be traced from the family, to the neighborhood, to the nation state, and larger questions of how do we talk about homeland." 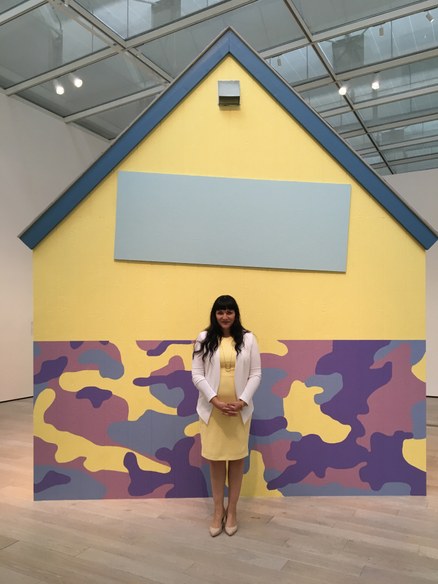 As foreign dignitaries patronize Trump hotels, the president is being sued for violating the Constitution's Emoluments Clause. But that's not stopping the Trump Organization...

LACMA is coming to South LA

LACMA's Wilshire Boulevard complex is on the brink of a major transformation. Four of its buildings are said to be falling apart and are set to be demolished. Taking their...

In 2004 Daniel Joseph Martinez built a replica of the cabin occupied by Ted Kaczynski, known as the Unabomber. Every time it's displayed, he repaints it in the seasonal...