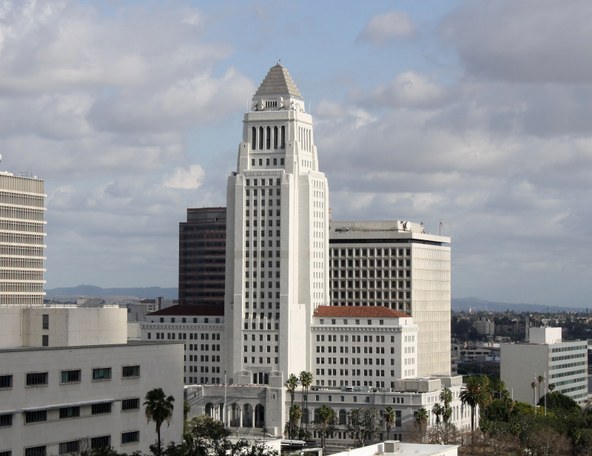 There's a development boom underway in Los Angeles. Big commercial and residential projects are being built across the city. Not everyone is happy about this growth and Angelenos opposed to these projects argue that developers have too much clout in City Hall. So some Los Angeles elected officials have called for a ban on political campaign contributions from developers who have projects pending before City Hall. The proposed ban comes just two months before voters will decide on Measure S, a ballot initiative that would place a two-year moratorium on new development projects that require zoning variances or other special exemptions. Is such a ban legal, or is it "misdirection" from the real problem -- a dysfunctional planning process that ill serves a city in need of smart, optimistic thinking about how to grow for the future? DnA talks to developers and critics of money in land-use politics.

Official White House photo by Paul Morse President-elect Donald Trump's inauguration will be held this Friday. We don't know much about what will happen. We're told the...

Photo by Tim Ahem There's a development boom underway in Los Angeles. Big commercial and residential projects are being built across the city. Not everyone is happy...