“Velvet Buzzsaw” is part satire, part slasher movie about a group of gallerists, curators, installers, and art advisors who all are eager to profit off the dark and disturbing oil paintings of a dead artist named Vetril Dease… and wind up facing bloody deaths themselves.

The film has earned mixed reviews. But DnA loved this campy parody that also lands some punches at a world that is at once glamorous, inspiring, silly -- and hyper-inflated.

After all, a David Hockney painting recently garnered $90 million; the sale of one Cy Twombly for $70 million will pay for the bulk of the construction costs of the Rem Koolhaas-designed addition to LA’s Wilshire Boulevard Temple. 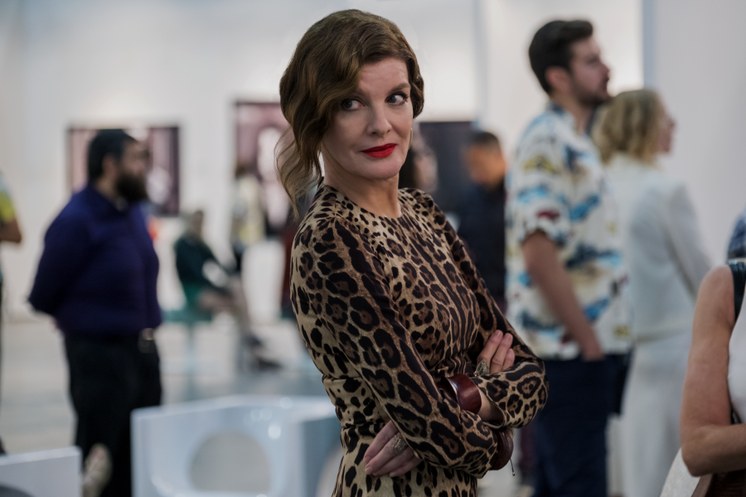 Through such characters as the art curator-turned-art advisor Gretchen (Toni Collette), art dealer Rhodora Haze (Rene Russo) and art critic Morf Vandewalt (Jake Gyllenhaal), writer/director Dan Gilroy has fun with art world fashion (especially the shapeless chic of Collette’s curator character), sends up artspeak and gets in potshots at the murky market in which nonprofit curators will repurpose themselves as private art advisors and museums will exhibit artists whose works are collected by board members of that museum, benefitting from the rise in value of said art.

“And so while all of these large scale economic conversations are going on,” says Gilroy, “in the middle of it is something that's really deeply personal to the artist and ultimately hopefully to the viewer. And there's a sanctity to that that I feel is being lost.” 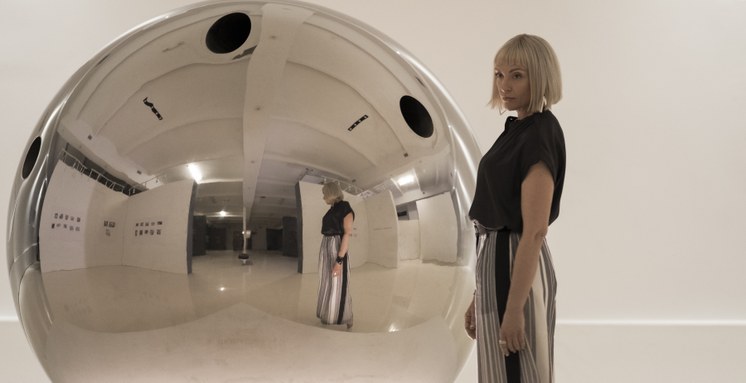 The narrative oil paintings by the movie’s dead character Vetril Dease were actually created by a young Angeleno named Saxon Brice. When he got a call from the production team, he welcomed the gig.

To make the paintings quickly, Brice created digital images on the computer and the production design team printed them. The process inspired Brice to try a new approach to creating charcoal paintings digitally.

As a struggling LA artist, how did he feel about Velvet Buzzsaw?

“I definitely don’t want to be denigrating to an industry that I'm obviously hoping to be a larger part of. But I think we've all been talking about the challenge of the commodification of art… And then of course the movie is satirical so they have so much fun taking it to the nth degree -- or rather, really just a couple of degrees past what was true. You know, they really get the strokes.”

The appearance at auction of a tile from Frank Lloyd Wright’s Freeman House in the Hollywood Hills has exposed the theft of some valuable chairs and lamps by Rudolph...