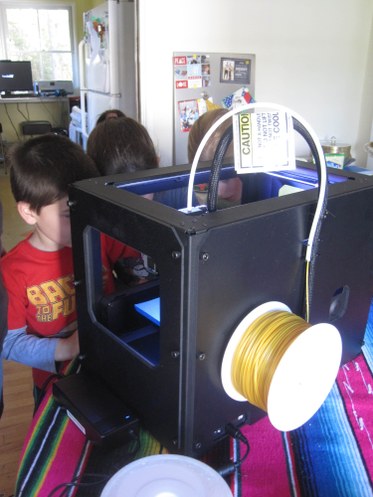 For the first time in the history of the South by Southwest Interactive Conference, the buzz on the street wasn't about an app like Twitter or Foursquare but about a product—one that’s been building momentum and seems to have reached fever pitch. But does 3D printing technology promise us all the ability to become industrial designers, or it an expensive way to produce inferior products? A recent episode of The Big Bang Theory seemed to encapsulate most people's skepticism:

To find out more about this brave new world of consumer 3D printing, Frances and her daughter Summer went to the West LA home of financier Jeff Mayberry and his two children, Carolyn and Tom. 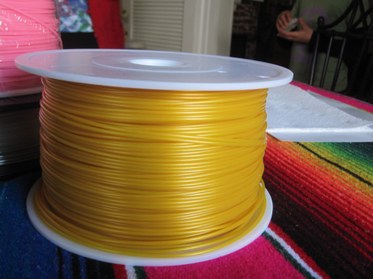 There on the kitchen sat a covered object. Jeff gathered the children around and like a magician about to reveal the rabbit, swept off the cover, and there it was: A a black box-like object, about the size and shape of a large microwave, made of metal and open on three sides and the top. Inside was a small blue platform and hanging over that a movable arm from which hung a small contraption with a fine nozzle. A spool of plastic thread attached to the back of the object fed into the nozzle, like a bobbin of thread feeding into a needle on a sewing machine. This is the MakerBot Replicator 2, it retails for around two thousand dollars and it is one of the new 3D printers meant for home use. Jeff’s first project for the kids is to print out a gold chain link bracelet already designed by Makerbot. 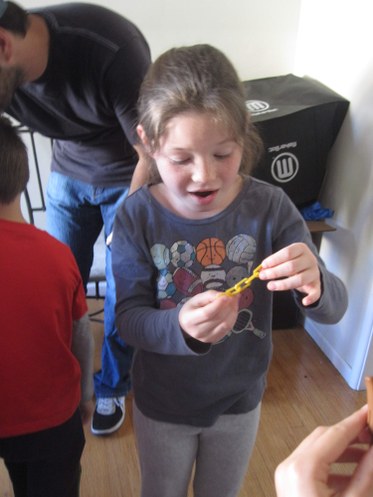 This is a something designers have been seeing on the horizon for over a decade, says Andy Odgen, chair of Graduate Industrial Design at Art Center College of Design. Up until now product designers and architects have used 3D printers to test ideas and make prototypes. On a recent show, Charles Renfro of Diller Scofidio + Renfro talked about about how they have used a highly sophisticated version of the technology—called rapid prototyping—to test every single unit of the complex concrete wall of the Broad Museum, currently under construction on Grand Avenue. Next, he says, will come printers that build an actual building. And it’s been floated that in the not too distant future we’ll be able not only to design our own products on home-based printers, but also copy other people’s designs. But how real is this—and should designers and manufacturers be worried?

One of the biggest 3D printing stories of last year was focused on Michael Guslick's claim that he 3D printed a gun. You can hear our interview with him as part of our show "Lethal Weapons."