From the outside, the restaurant world can seem like an exciting place of opportunity. However, three-fourths of all food businesses are owned by men, and women on average make 73 cents to a man’s dollar, without accounting for race.

Fourteen years ago, La Cocina was founded in San Francisco’s Mission District to level the unequal playing field. Since 2005, the kitchen incubator has worked with hundreds of talented cooks and entrepreneurs, many of whom are women of color from low income backgrounds.

Moving into the formal economy

Zigas says La Cocina was founded in San Francisco’s Mission District at a time when the neighborhood was a largely low-income area with a thriving informal food economy. “People—mostly women—were selling food out of their homes and on the streets [and] were clearly talented and entrepreneurial,” he says.

Asked why they didn’t formalize their businesses, many of these women said it was because of a lack of affordable kitchen space. “So the idea for La Cocina was that if those talented entrepreneurs had access to affordable commercial kitchen space and food industry-specific technical assistance, that they could move from the informal economy to the formal economy, and from income patching into asset generation.” 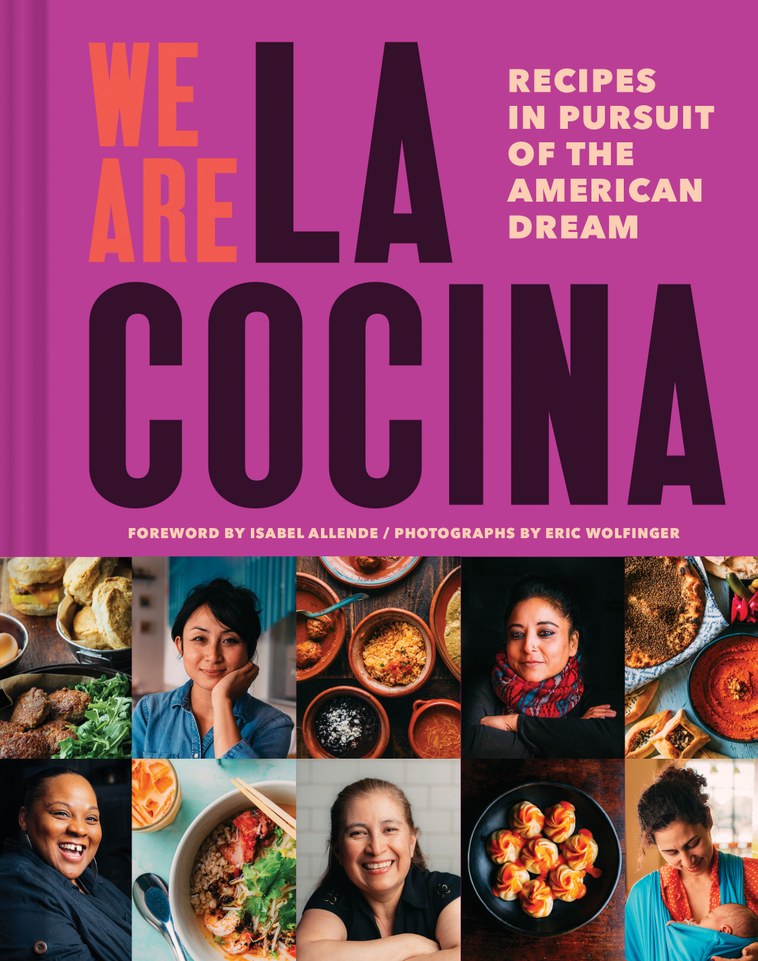 Writing the book on La Cocina

The La Cocina team has produced a new book, “We Are La Cocina,” documenting the organization’s journey through recipes and stories. “We’ve been thinking about how to appropriately share the stories in La Cocina for 14 years,” says Zigas. “The women who start their businesses at La Cocina have led what La Cocina has become. So we wanted to share those voices in their full strength, to show you how multi-talented these chefs are, and then give you some political context around those stories so you realize any city can have businesses like this at volume if they make intentional decisions.”

From catering weddings to Michelin Guide

Chef Dilsa Lugo is a proud alumna of La Cocina. 13 years ago Lugo moved with her husband from Cuernavaca in Mexico’s state of Morelos to Berkeley, California. Homesick for the foods of her hometown, she began shopping at a nearby farmers’ market to make her favorite tacos with spicy salsa.

Lugo started off cooking for a few people at first, and then that number quickly grew. “So we started a business and started cooking for 200, a wedding, or a graduation,” she says.

When Zigas first approached Lugo, she had reservations. She had a one-year-old child and was living in the East Bay—a long commute to La Cocina’s industrial kitchen in the Mission. But with La Cocina’s support and a solid business plan, her catering business, called Los Cilantros, found its footing. Five years ago, she opened a Los Cilantros brick-and-mortar restaurant that has since been included multiple times in the Michelin Guide.

Zigas says one of the challenges at La Cocina is helping food entrepreneurs push through what he calls a “confidence gap,” which comes from being told over and over again that they can’t succeed.

“So part of our biggest jobs is to say, ‘Of course you can.’ And when you do take that risk, to make sure that’s a mitigated risk so you can fail like all the other businesses in the Bay Area who are so proud of failing their way toward success. The entrepreneurs at La Cocina should have every opportunity to do that too.”

"What did you have for breakfast?" It's what Good Food host Evan Kleiman asks her guests during sound checks for her program. New York author Emily Elyse Miller spent...

From the outside, the restaurant world can seem like an exciting place of  opportunity.

How Italians actually eat, according to Elizabeth Minchilli

Elizabeth Minchilli is one of the world’s foremost writers on the Italian lifestyle. In her ninth book, she explains how Italians actually eat while showing how to...

The Manufactory recently opened at the Row DTLA to much fanfare.

The Market Report ventures out to Hollywood

Los Angeles county is home to over a hundred weekly farmers’ markets. In the weeks ahead, the Market Report will be branching out on occasion from the Santa Monica Farmer’s...