Chef Josef Centeno says one thing’s for sure about Tex-Mex: it’s inauthentic. He’s known for his modern interpretation of the cuisine at Bar Ama in downtown LA, and now Amacita in downtown Culver City. He’s also out with a new cookbook titled “Ama: A Modern Tex-Mex Kitchen.” 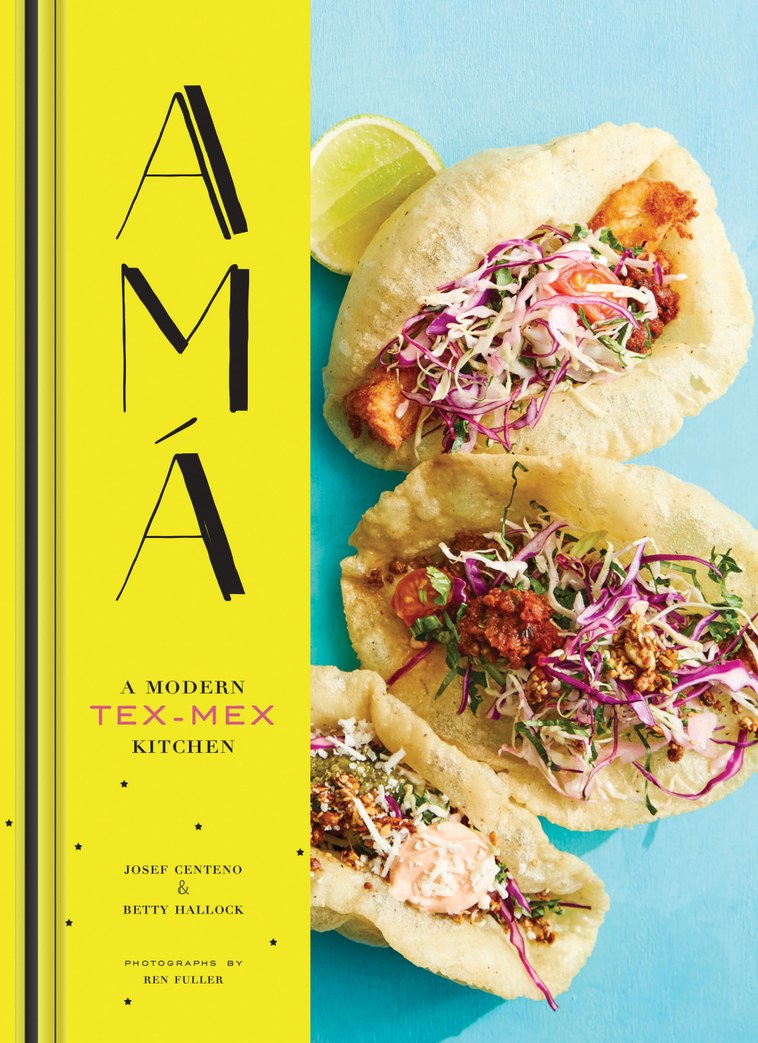 He tells Good Food that Ama is his great-great-grandmother, who was separated from her husband (Centeno’s great-great-grandfather) during the Mexican Revolution. “This was around 1918… They were enroute to somewhere, and the front of the train got bombed by the opposing the enemy. And they were separated… for like five years,” Centeno recalls.

Keeping a family together and honoring them through food

Centeno says his family members were all living in northern Mexico and running small businesses. Then war broke out and they lost everything, so they fled to Nuevo Laredo in Mexico and San Antonio in Texas, where they restarted their lives.

“When I cook Tex-Mex, I'm honoring the struggle of all of these immigrants. Everyone who were rebuilding their lives were trying to recreate the food that they knew, using the ingredients at hand,” says Centeno. “That's how Tex-Mex was born. Tex-Mex has never claimed to be Mexican. It's an American regional cuisine that blends many, many different cultures and has tremendous amount of influence.”

Not your everyday enchiladas 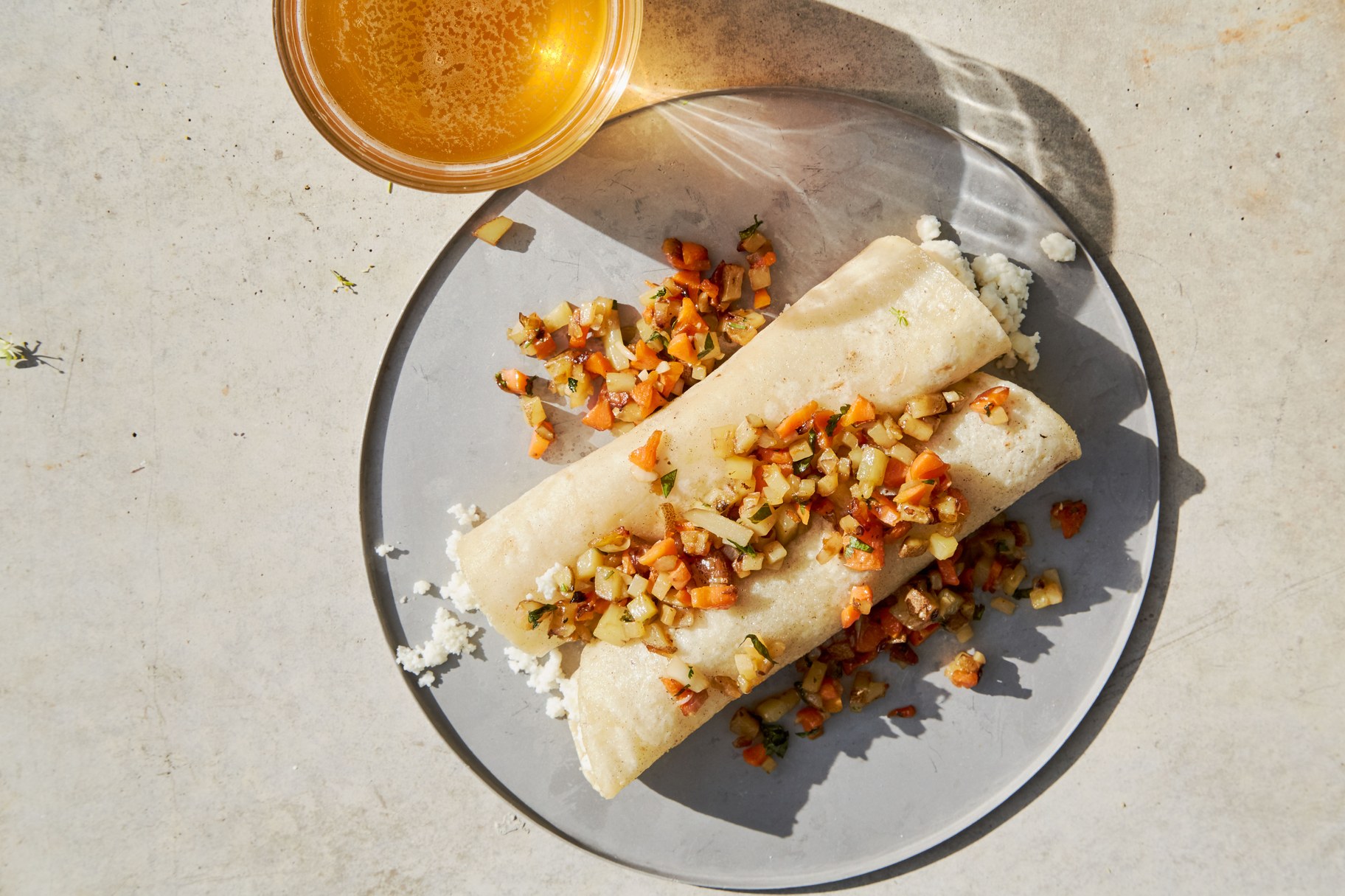 Centeno loves his great-great-grandmother’s enchiladas. He says they’re not like the enchiladas most people are accustomed to: “It's not doused in red sauce or green sauce.... It was basically spooning over these chopped potatoes, onions, tomato and carrot on top of just warm corn tortilla with queso fresco. That's what I thought were enchiladas in the beginning.” 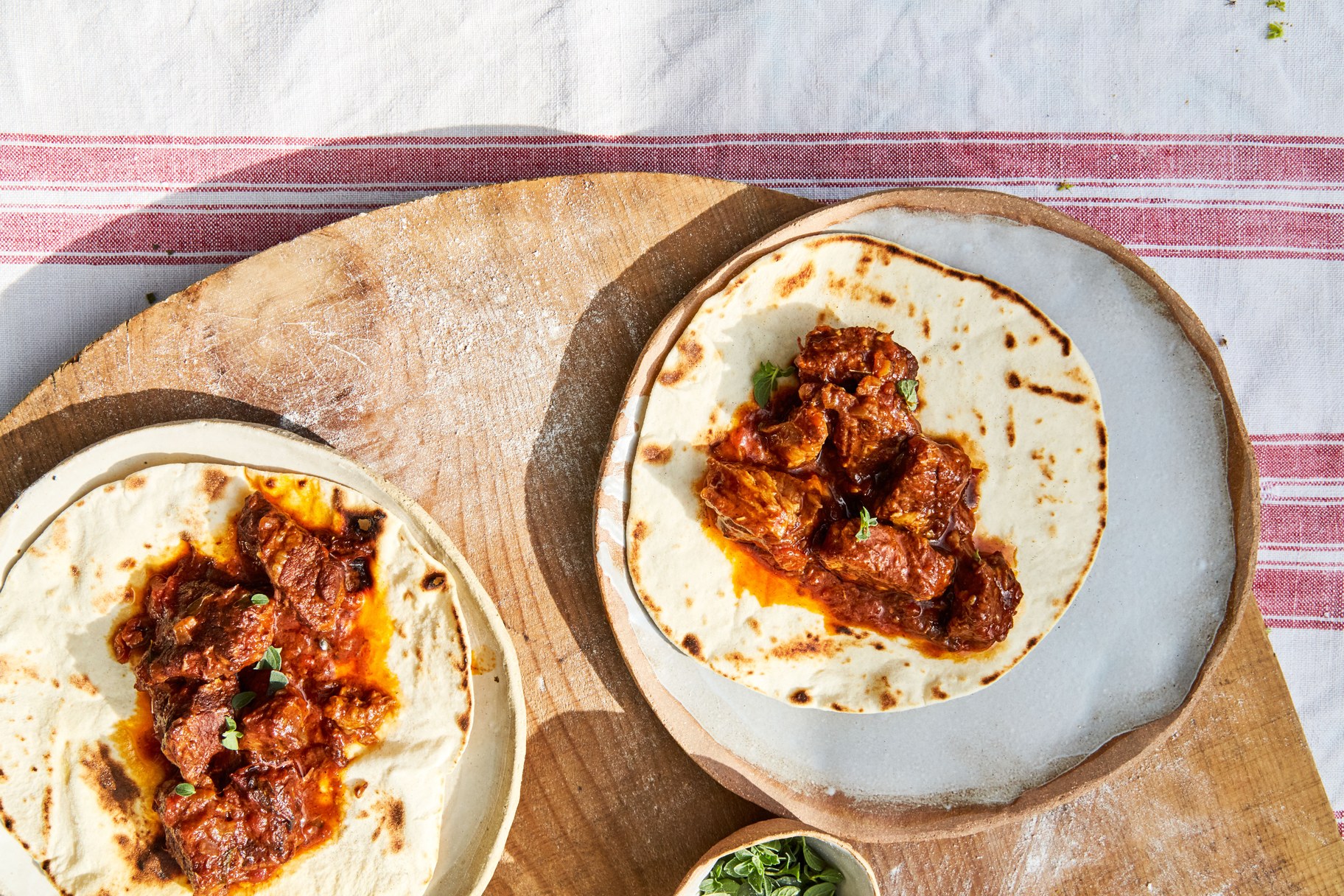 Carne guisada is my “bowl of red,” except I never eat it in a bowl—always in a flour tortilla. Like chili con carne, this stewed beef is made with chunks of beef and dried chiles and spices, and it also contains tomatoes. But unlike chili con carne, it isn’t served with a bunch of other ingredients and garnishes. Tucked into a flour tortilla, it needs nothing else—just straight up carne guisada.

-Using tongs, toast the ancho chiles over the open flame of a gas burner until slightly softened and fragrant, 1 to 2 minutes. Stem and seed the chiles and tear them into pieces. Set aside.

-Heat 2 Tbsp of the oil in a Dutch oven or another large heavy-bottom pot over medium-high heat. When the oil shimmers, add the beef and brown it on all sides, 10 to 12 minutes.

-Add the remaining 2 Tbsp of oil to the pot. When the oil is hot, add the onion and salt and cook over medium heat, scraping up the browned bits of meat at the bottom of the pot, until the onions are soft, about 5 minutes.

-Add the toasted chiles to the pot along with the flour and stir until incorporated. Add the beef broth and tomatoes and bring the mixture to a boil.

-Reduce the heat to low and simmer, partly covered, stirring occasionally, until the meat is tender and the sauce is thickened, 2 1/2 to 3 hours. Taste and adjust the salt. Store, covered, in the refrigerator for up to 3 days.

Ivan Orkin is the chef and restaurateur behind Ivan Ramen in New York. He’s a rarity in the highly competitive world of ramen chefs: for one, he’s Jewish, and he hails...

Chef Josef Centeno says one thing’s for sure about Tex-Mex: it’s inauthentic. He’s known for his modern interpretation of the cuisine at Bar Ama in downtown LA, and...

LA Times restaurant critic Patricia Escárcega is back from maternity leave with a report from Lakewood . It was there she recently encountered a Cambodian chef named...

All about oregano with food scientist Harold McGee

Good Food’s Evan Kleiman is a fan of oregano, particularly the Mediterrannean varieties that come in little bundles like a bunch of flowers, only dried. The aroma prompts...